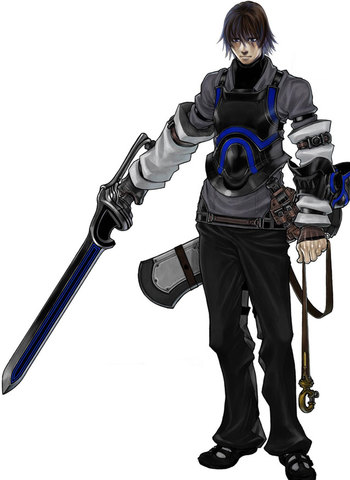 "Empire rats! You shall feed the ravens!"

The protagonist of the first game, Caim is a soldier of the Union and was originally the next in line for becoming King of Caerleon before his parents were murdered by a dragon, now motivated primarily by his love for his sister Furiae and a need for revenge. After suffering a grievous wound in battle, he stumbled across a similarly wounded Angelus, and forged a pact in order to preserve both their lives. The superhuman abilities and new flying mount were a pleasant bonus. Together with Angelus and his other frien...er, travelling companions, they set out to defeat The Empire.

In Drakengard 2, he becomes one of the main antagonists. Despite the eighteen year difference between games, he's still as strong, if not stronger, and just as murderous. 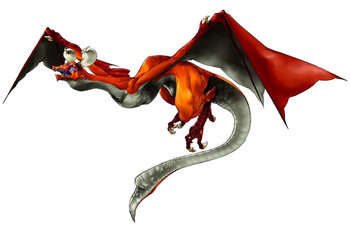 "Kill me if you desire. But you can never dirty my soul, wretched human."

A red dragon who holds a rather disdainful opinion of humanity. Seeing the situation she was in at the beginning of the game, perhaps she can be forgiven her views. After agreeing to a pact with Caim, she becomes his mount, his (rather ineffectual) voice of reason, and over time, the closest of his companions, to the extent where Caim sheds tears when they part in the first game's canonical ending. 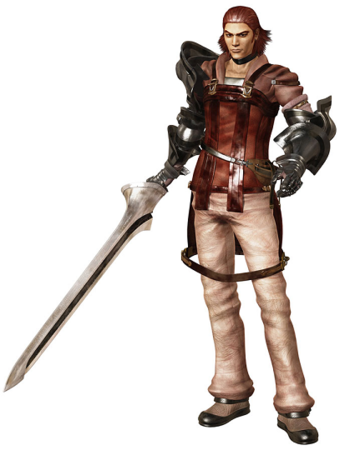 "Welcome to a world without song."

A bard who was initially Furiae's betrothed... until her ascension to becoming the Goddess robbed them of their chances at wedding each other. Nevertheless, he remains close to Furiae and Caim, although a strong undercurrent of jealousy remains towards Caim's exploits, as well as Furiae's deep (perhaps too deep) affection for her brother — one that the villains waste no time in exploiting. 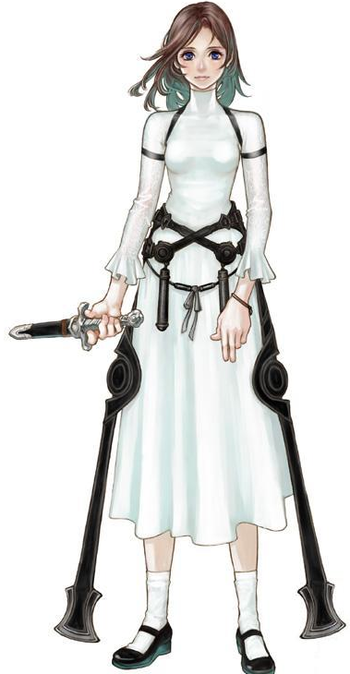 A young maiden chosen to be the "Goddess", a female who must bear a Seal supposedly preventing The End of the World as We Know It from occurring. Though she is a rather colorless individual, the strongest facet of Furiae's personality is also a rather unpleasant one... 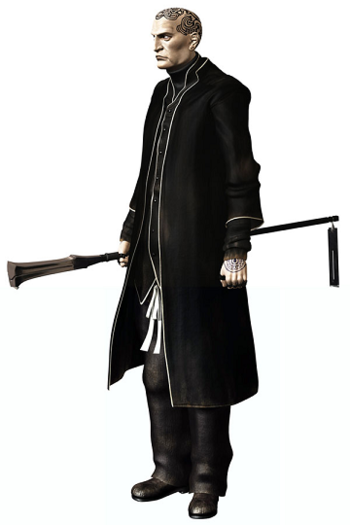 As the Union Hierarch, Verdelet is responsible for maintaining the goddess seal, down to replacing her if necessary.

One of the few survivors of the Empire's attack on the Forest Seal and elven purge. After enduring such horrific circumstances — after seeing her family slaughtered by the Empire — her mind... broke. In exchange for her womb, she entered into a pact with the spirits of water and fire, Undine and Salamander. 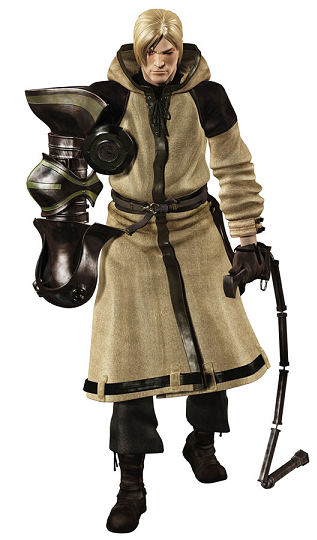 A man with a peaceful heart, who would rather avoid violence when possible. Leonard feels terrible guilt over the death of his brothers, and initially follows Caim in hopes of getting killed. 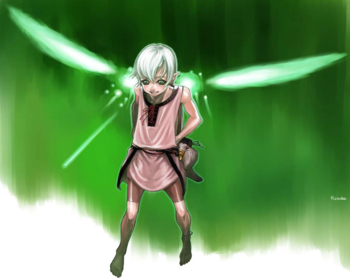 Leonard's pact partner, introduced after his failed suicide attempt. She tried to have him take another go at it, before deciding that forging a pact with him would be more amusing. This sets the tone for their relationship.

Manah's twin brother, who was adored by his mother, Seere feels guilty about being favoured at the expense of his sister. He made a pact with Golem, but prefers to call Golem his friend rather than his pact-beast. 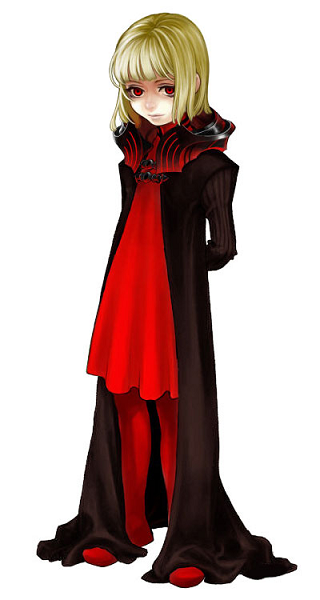 High Priestess of the Cult of Watchers and apparent leader of the Empire via mind control, Manah started her life as a simple, unassuming child. Unfortunately, her mother hated her for some reason, to the extent that Manah viewed death as a preferable alternative. When the Watchers approached the unhappy and insecure six-year old with promises of eternal love and happiness if she accepted them, they found a willing vessel. 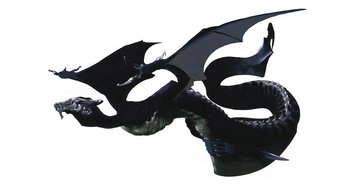 A black dragon that appears throughout the series. He is both the dragon responsible for Caim and Furiae's parents' deaths, as well as the dragon Inuart rode in the first game. By the second game, he becomes a mentor and caretaker to Nowe.

Fatal Crimson reveals that he also has some past with Male One.

The Watchers/Grotesqueries
The mysterious entities worshiped by the Cult of the Watchers. Also, massive spoilers. 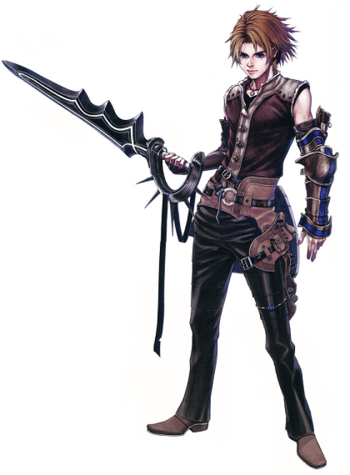 The main protagonist in the second game, Nowe is unique in that he is able to use a Dragon, Legna, without a pact with him. Having been raised by Legna, he was taken in by the Knights of the Seal by General Oror so that he could learn how to be human. Nowe fights using a large sword and a smaller sword. 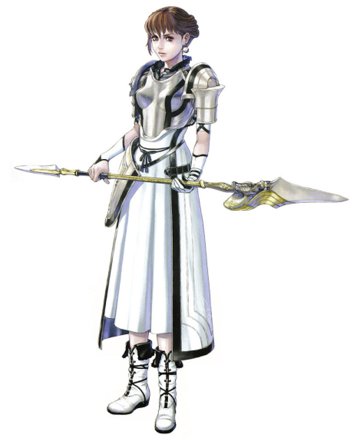 A member of the Knights of the Seal and an old friend of Nowe's, Eris is the youngest person to attain the rank of commander. Her strong loyalty to the Knights, whose authority she deems as absolute, causes her to turn against Nowe when he abandons his place as a Knight. 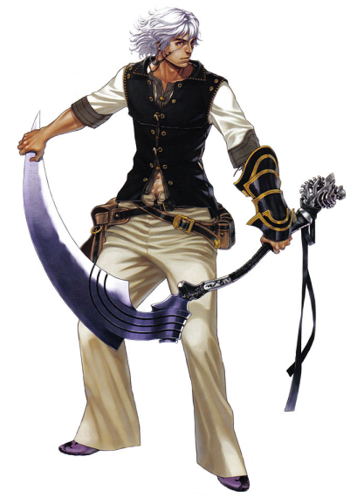 The pact partner of The Reaper, Urick was once a member of the Knights of the Seal. 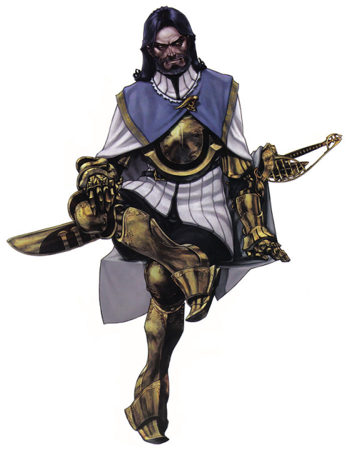 After Oror's death, Gismor took over as the Knights of the Seal's leader. A shady man with many secrets, he's Nowe's enemy and the game's main antagonist. 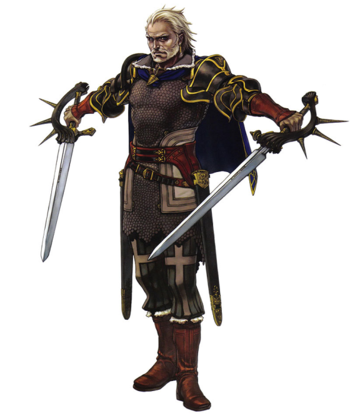 The former leader of the Knights of the Seal and Nowe's foster father. 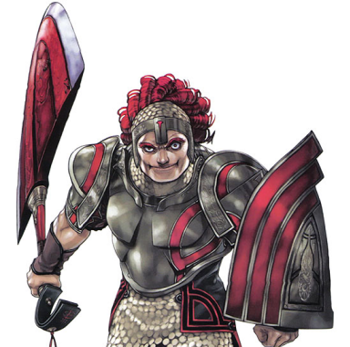 A lieutenant of the Knights of the Seal who guards the District of Soul Flame, he is the pact partner of Ifrit. 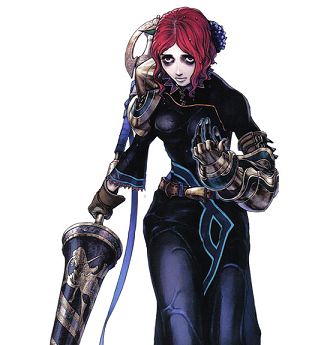 A lieutenant of the Knights of the Seal who guards the District of Hallowed Waters, she is the pact partner of Kelpie. 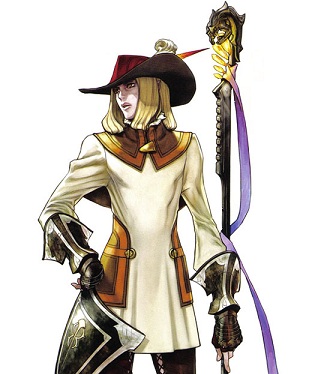 A lieutenant of the Knights of the Seal who guards the District of Precious Light, he is the pact partner of 40 gnomes.