Character page for The Good Place.

WARNING! Only spoilers for Season 4 are marked! Beware of major spoilers! 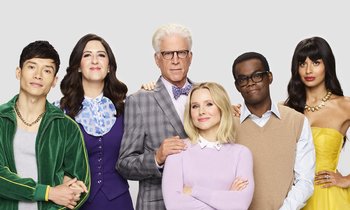 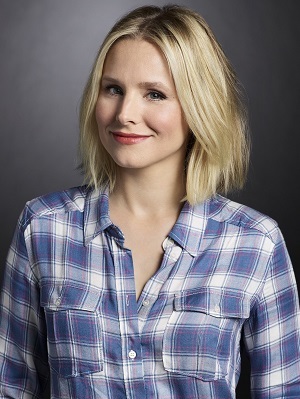 "I wasn't freaking Gandhi, but I was okay. I was a medium person. I should get to spend eternity in a medium place! Like Cincinnati."
Portrayed by: Kristen Bell, Noelle E Parker, Avery Hayes (young)
"What are you talking about? It is so easy to live with a lie. I once pretended to have a terminal illness to meet Scott Wolf at a Sunglass Hut. Victimless crime."

Our Hero, relatively speaking. Initially believed to be an activist lawyer who got innocent people off of death row and one of the best people accepted into the Good Place, she is quickly revealed to be not who she says she is. Actually a saleswoman from Arizona who sold fake medicine to the sick and elderly and self-professed "medium" person, Eleanor attempts to hide her secret and become someone worthy of staying in the Good Place. 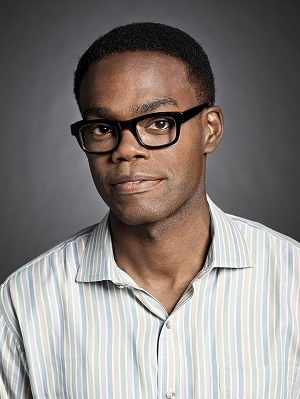 "You know the sound that a fork makes in a garbage disposal? That's the sound that my brain makes all the time."
Portrayed by: William Jackson Harper, AJ Hudson (young)
"Okay, sure, but philosophy is about questioning things that you take for granted, and I, I just don't think that you're doing that."

A moral philosophy professor from Senegal and Eleanor's soulmate. Well, for the Eleanor who is supposed to be there. Roped into keeping her secret, Chidi becomes the mentor to this not awful (but definitely not great) person by teaching her how to be good. 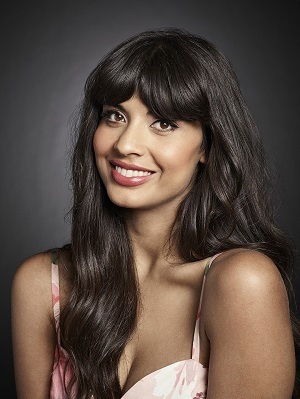 "I would say I outdid myself, but I'm always this good. So I simply did myself."
Portrayed by: Jameela Jamil, Grace Anne Pullappally (young)
"You know, this really reminds me of my time in Vietnam, picking up mortar shells with my godmother, Diana. Doesn't really matter what she's a princess of. It's not really important." 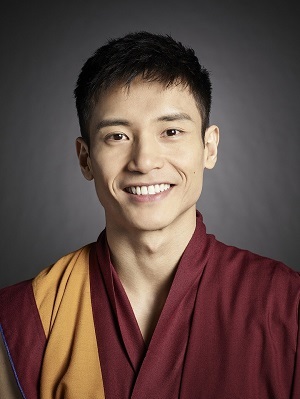 "I'm ranking my favorite The Fast and the Furious movies. You said you wanted to know who I am, and this is the best way to get to know me."
Portrayed by: Manny Jacinto
"Yo, you should listen to me! I came up with hundreds of plans in my life and only one of them got me killed."

A Buddhist monk and Tahani's soulmate who took a vow of silence during his time on Earth, and continues to do so in the Good Place. Or so the other characters believe. In actuality, he's a "pre-successful" DJ and small-time criminal from Florida. Also quite possibly one of the stupidest people who has ever lived. 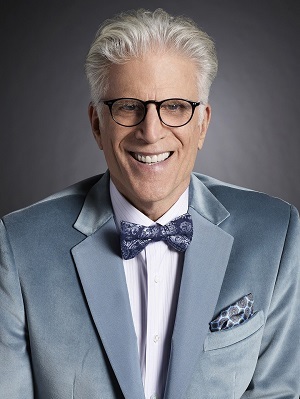 "You humans have so many emotions! You only need two: anger and confusion!"
Portrayed by: Ted Danson
"There's something so human about taking something great, and ruining it a little, so you can have more of it."

The architect of neighborhood 12358W and an otherworldly being who loves humans. When the first neighborhood he ever created is thrown into chaos by Eleanor's presence, he attempts to maintain morale and good cheer despite the ever-growing list of problems that threaten his perfectly designed harmony of the Good Place. 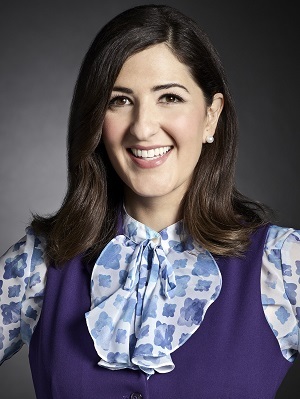 "Hi! I'm Janet!"
Portrayed by: D Arcy Carden
"I mean, it does matter if I know things, because I'm an informational delivery system, and I don't have a heart. But thanks!" 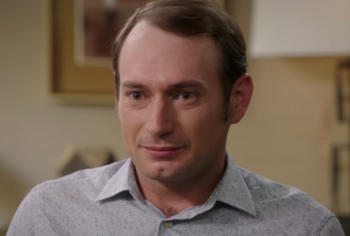 "Luckily before I died I pumped my face with 6 vials of juviter. I'm hoping that my corpse looks like a waxed tile-floor. My ex-boyf is gonna be supes jel."
Portrayed By: Brandon Scott Jones

A gossip columnist selected by the Bad Place for the new experiment. He had a history of writing disparaging things about Tahani. 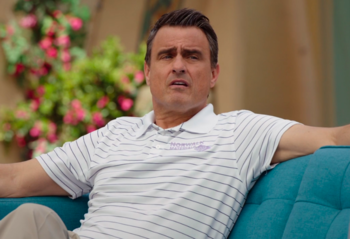 A materials salesman and one of the humans selected for the experimental Good Place neighborhood.