Character page for The Good Place.

WARNING! Only spoilers for seasons 3 and 4 are marked! Beware of major spoilers! 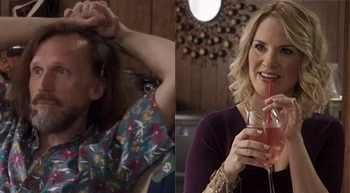 Eleanor: All my life I've been taking care of myself and you guys. I worked two after-school jobs because you blew half my college fund bailing your boyfriend out of jail.
Doug: So irresponsible.
Eleanor: And you blew the other half trying to frame her boyfriend.
Donna: It was so stupid! He was already guilty, dumbass!

Eleanor's parents. Not exactly the most caring people. 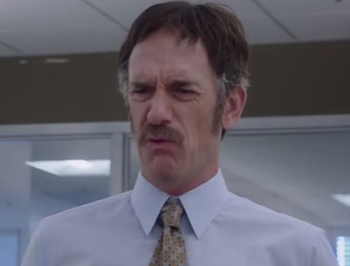 Portrayed by: Seth Morris
"Now, you can't legally call it medicine, because it doesn't technically 'work' and it is technically 'chalk.'"

Eleanor's boss in the flashbacks to her life on Earth. 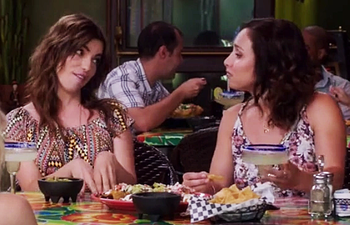 One of Eleanor's boyfriends while she was alive.

An architect from Nevada and Donna Shellstrop's second husband (making him Eleanor's stepfather). 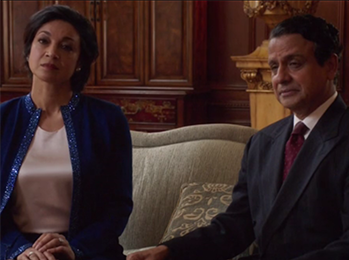 Executor: "[The will] says "We bequeath the rest of our estate to Tahini." "Like the sauce."
"Hello, Tahani! We were just talking about how you're a huge disappointment compared to your sister."
— Manisha

Tahani and Kamilah's parents, who fawn over Kamilah and completely ignore Tahani unless it's to criticize her. 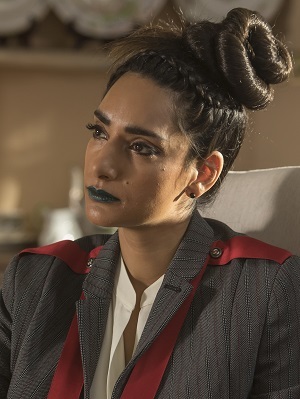 "Tahani! You're a cocktail waitress now. Honestly, I think this is the right move for you."
Portrayed by: Rebecca Hazlewood
"I am auctioning off a lunch date with me. The bidding shall commence at £3 million." 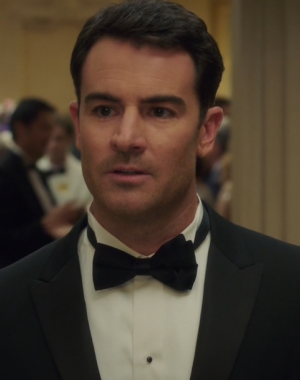 Portrayed By: Ben Lawson
"It's like mother said; I'll always be the pudgy one."

A handsome pediatric surgeon, and perhaps more well-known to the public as the non-famous non-actor Hemsworth brother (just don't remind him of that or even talk about Luke, Chris, or Liam in front of him, like, ever). Dated Tahani at point in the past.

One of Chidi's fellow lecturers. 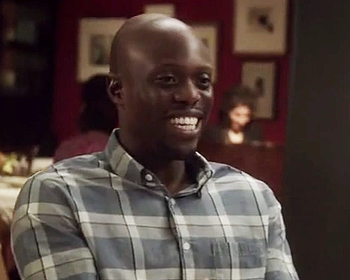 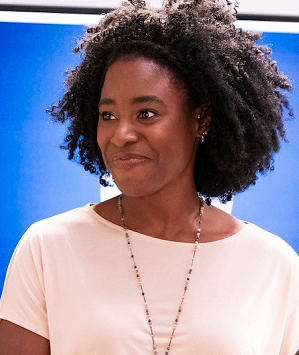 A neuroscientist and professor at St. John's University in Australia, Chidi first meets her when he tries to determine if there's a neurological reason that he is so indecisive.

Portrayed By: Noel Arthur (Emeka), Sonya Eslie (Ndeye)
Emeka: You should get ready for school. I'll take you.
Ndeye: We'll both take you. 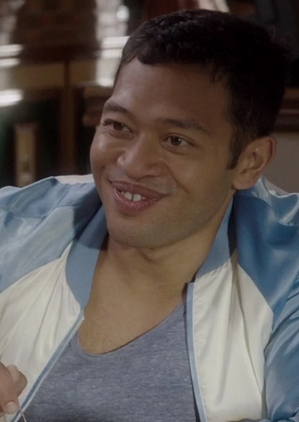 Portrayed By: Eugene Cordero
"At least he died doing what he loved: a bunch of whip-its." 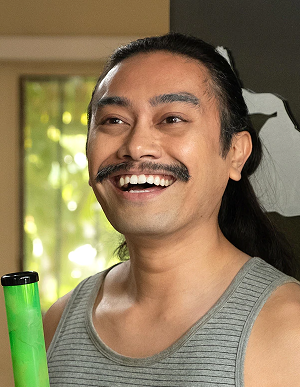 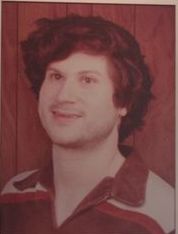 Click here to see him in the present day 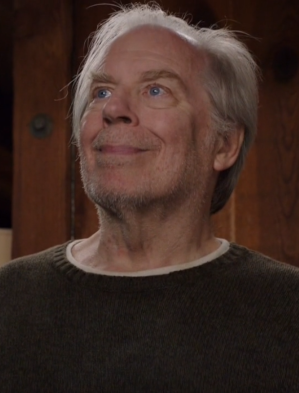 A random stoner kid from 1970s Calgary who, during a magic mushroom trip, somehow explained what happens in the afterlife with 92% accuracy. His portrait is proudly displayed in Michael's office and he's a celebrity in the afterlife realm. Michael and Janet go to visit him to learn about his current life, only to find that his vision has had an adverse effect on his life.