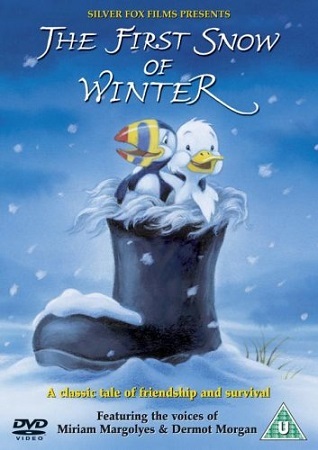 The First Snow of Winter is a Made For TV Animated Movie produced by Hibbert Ralph Entertainment and Link Entertainment that first aired on the BBC in 1998.

The film takes place in Ireland and tells the story of the rambunctious Sean McDuck (no relation) after he's accidentally left behind when his family flies south for the winter. The little duck must learn to survive on his own and brave both predators and the Irish winter so he can reunite with his family when spring comes the next year...

The First Snow of Winter provides examples of the following tropes: