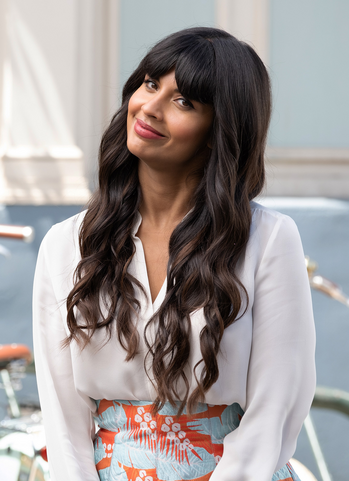 Jameela Alia Jamil (born 25 February 1986) is an English actor, radio and television presenter, model, writer, and activist best known for her role as Tahani Al-Jamil on The Good Place.
Advertisement:

She is of Indian and Pakistani descent, openly queer, and in a relationship with musician James Blake.