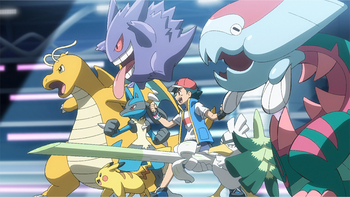 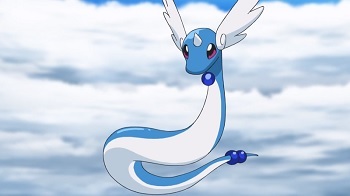 As a Dragonair before its capture 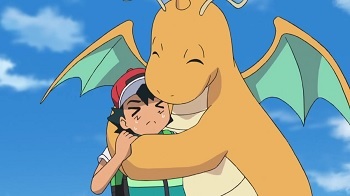 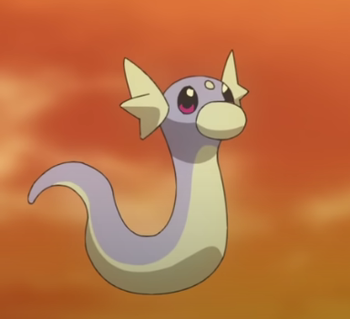 A struggling Dragonair whom Ash taught how to fly. Later evolved into a Dragonite to save Ash and joined his team as thanks. While Dragonite is shown to be highly affectionate to the point of hugging anyone, even strangers, the Pokémon will get serious whenever it's called out to battle for Ash. 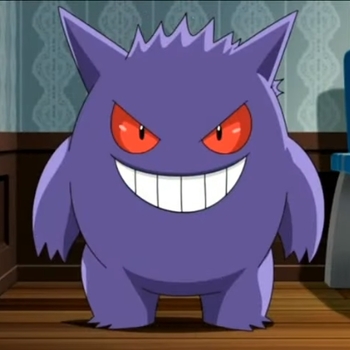 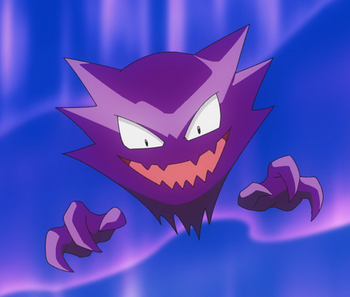 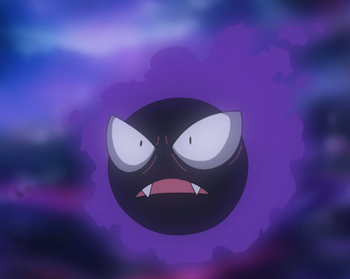 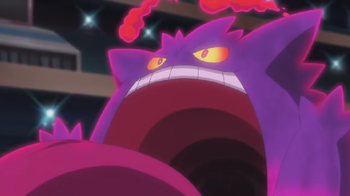 Voiced in Japanese by: Yasuhiro Mamiya
Voiced in English by: Marc Thompson

An abandoned Gengar who haunted the Cerise Institute for several years. After Ash defends it from Team Rocket, he managed to befriend and capture it. As a part of Ash's team, Gengar eventually learns how to use Gigantamax after Ash learns the method from Galar's Ghost-type gym leader, Allister. 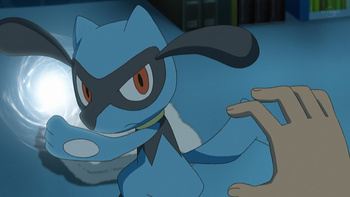 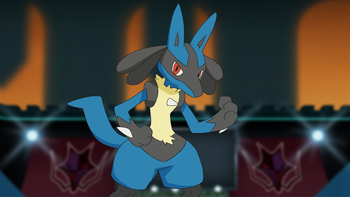 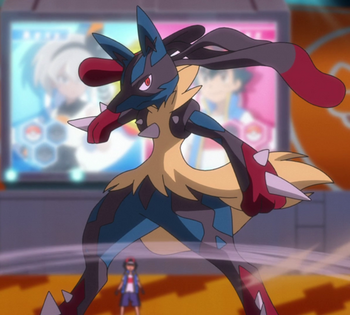 A battle-hungry Riolu that started off as a Sinnoh egg incubating in the Vermillion City Pokémon Center until it was attracted to Ash by his Aura powers. This resulted in Riolu finally hatching and being caught by Ash upon seeing Riolu's desire to fight alongside him. As a part of Ash's team, Riolu would eventually evolve into Lucario during the battle against Chairman Rose, and then learns how to mega-evolve following Ash revisiting Korrina and Gurkinn in Kalos. There, Ash received a Key Stone in the form of a Mega Glove along with the Lucarionite needed for Lucario's Mega Evolution. 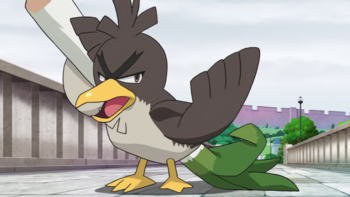 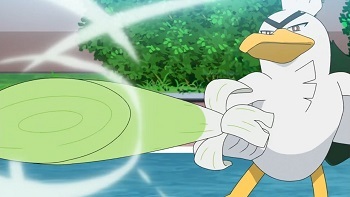 Voiced in Japanese by: Shin-ichiro Miki
Voiced in English by: Marc Thompson

A Galarian variant of Farfetch'd that was said to pick fights with other Trainers trying to cross a bridge. He joins the team after a good fight with Ash's Riolu. Under Ash's guidence, Farfetch'd is shown to have a strong desire to train himself to one day become a master of the Leek. Said training eventually led to him evolving into Sirfetch'd during Ash's World Coronation battle against Rinto. 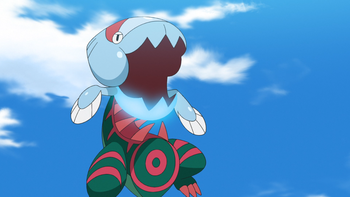 Voiced in Japanese by: Kenyuu Horiuchi
Voiced in English by: Sean Schemmel

A Galarian fossil Pokémon that is brought to life by the fossil researchers Cara Liss and Bray Zenn during a study on hybrid resurrection. Upon seeing Dracovish bond with Ash, the researchers ask for him to look after it; resulting in Dracovish's capture.