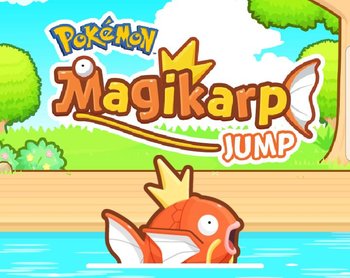 The most useless Pokémon receives their very own game.
Advertisement:

Pokémon: Magikarp Jump (はねろ！コイキング, Jump! Koiking in Japan) is a spin-off Pokémon game for mobile devices developed by Select Button and released in May 2017.

It is a virtual pet game revolving around the lowly fish Magikarp, which must be bred and trained generation after generation to jump as high as possible.