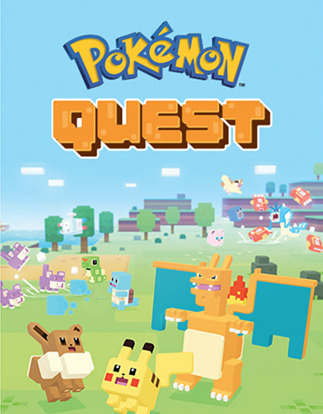 Pokémon Quest is a "free-to-start" action-RPG spinoff game in Nintendo's popular Pokémon franchise, and notably the only spinoff entry to have ever been developed by Game Freak. Released for the Nintendo Switch on May 29, 2018 (the same day it was announced), and for iOS and Android phones on June 28, Quest can best be described as a Spiritual Successor to the Pokémon Rumble sub-series. The game is set on the mysterious Tumblecube Island, where players can create of team of up to three cube-shaped Pokémon, Pokéxel, to battle, as well as to find treasures and unlock new areas.
Advertisement:

You can see the official trailer here