i'd just weigh you down.

A humourless ghost monster who is good at pretending to sleep and sound mixing.

It's the frozen treat that warms your heart!

A Nice Cream salesman who totes his cart to several places around the Underground as you travel. Business hasn't been booming, though...

A quiet fire monster who runs Grillby's, a popular bar in Snowdin. Everybody comes to Grillby's.

A monster who follows you from Snowdin. 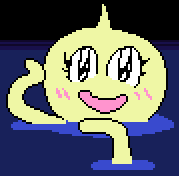 An enormous aquatic monster who is very lonely. 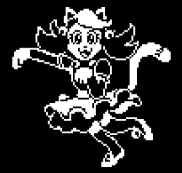 A dummy that hates boring people. 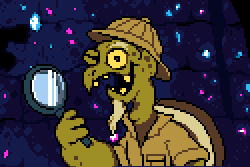 Woah there!
I've got some neat junk for sale.

An old turtle monster who sells you items in Waterfall.

A type of cat/dog-like monster. They are all named Temmie (except for Bob). 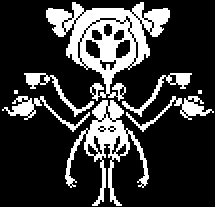 Don't look so blue, my deary~

A spider girl who's having a bake sale. If she invites you to her parlor, excuse yourself.

Hey! Check it out!

Yeah! Check it out!

Two trendy monster girls who hang out in an alley and sell you stuff. 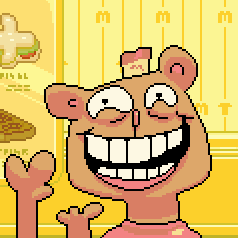 A long-suffering employee at the MTT-Brand Burger Emporium. Has a dour outlook on life.

(He doesn't know what to say.)

A recurring NPC that exists to be lazy and annoy everyone. Also, he's Toby Fox, creator of Undertale. Resembles a Samoyed, a real life dog breed. 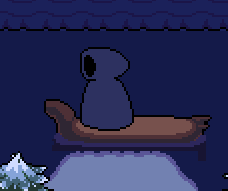 A boat-master who takes you from town to town.