Literature / After the Golden Age 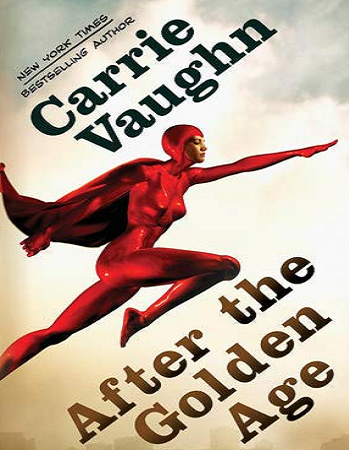 After the Golden Age is a superhero series by Carrie Vaughn.

Celia West is the daughter of Captain Olympus and Spark, the two greatest superheroes in Commerce City. Unfortunately, she herself has no powers whatsoever. As a result, her life has consisted of a long series of instances of being kidnapped and used as a hostage against her parents.

For many years, her parents' supervillain archenemy was Simon Sito, the Destructor. Now he's finally been arrested — for money laundering, tax evasion, and fraud — and Celia, as a forensic accountant, is tasked by the DA with preparing the case for the prosecution. As the "Trial of the Century" approaches, however, a new crime wave is sweeping the city. Is the Destructor somehow continuing his criminal activity from behind bars, or is a new criminal mastermind taking advantage of his absence to step in? And can powerless, kidnapping-prone Celia survive long enough to uncover the truth?