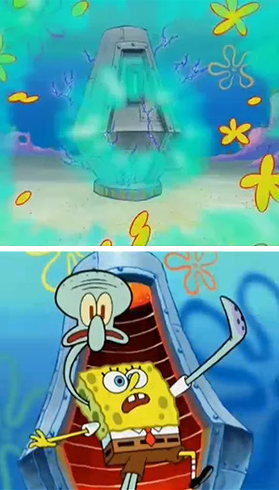 Well, now... a most unexpected turn of events...!
"I know you decided on Gogeta, but in this particular form I think he looks more like Veku."
— South Kai, Dragon Ball Z: Fusion Reborn
Advertisement:

Fusions are cool. They allow two beings to merge together to create a stronger being. However, fusions are in practice incredibly dangerous. Whether it was done with science, biologically or through magic, even the slightest mistake can make the results less than ideal if you're lucky.

Note that just because the fusion isn't good, that doesn't mean it's necessarily by mistake. The fusion can be inherently bad due to who is being fused with who.

One of the possible results in a Teleporter Accident or in a case of a Tele-Frag, or a case of a faulty Merging Machine. Might result in a Clipped-Wing Angel situation. Shapeshifter Mashup may be the result of this, but just as often it's an intentional result. Compare Assimilation Backfire.