Characters of The Boys 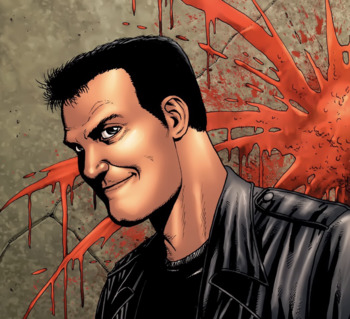 "All right, boys. Let's give 'em a fuckin' spankin'."
The leader of the titular "Boys", an ex-CIA agent with an homicidal hatred for superheroes, especially Homelander, for raping his wife.

Wee Hughie
The newest member of the team, Hughie was an average guy living a relatively normal life with his girlfriend until she was accidentally killed by the superhero; A-Train, seeing potential in him, Butcher conscripted him against his will.
Mother's Milk
Another member of the team, his Nickname comes from his obsession with breasts' milk. He's also the team's investigator and the one who helps keep the group together.
The Frenchman 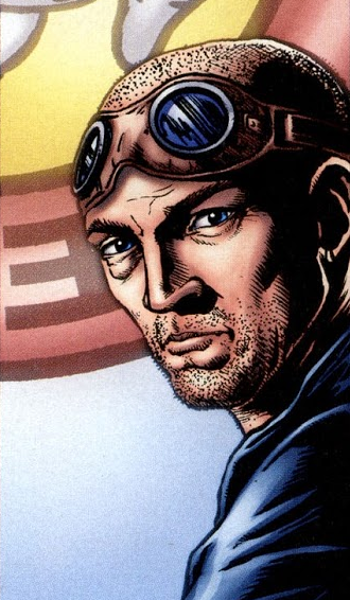 The demolitions expert of the team.
The Female (of the Species) 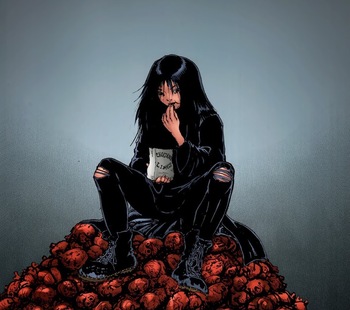 The only female member of the team. A young girl with selective mutism and incredible fighting abilities. 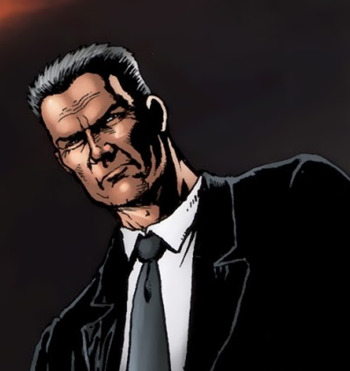 "I've been walking down this road since 1944. Kim and Kara died last week, do you really think that's what burned me out?"
Butcher's former CIA handler and the team's informant. He is also the original leader of the Boys, who stepped down and retired after the Lamplighter killed his granddaughters.

The Legend
A former comic book editor. Now he owns a comic book shop and uses his inside knowledge and connections to provide Butcher and the others with intelligence.
Terror 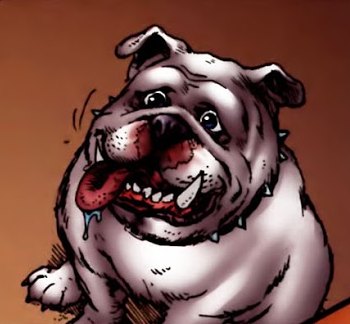 The World's "greatest heroes" according to the media and Voight-American, composed of the strongest heroes, specially when compared to other teams.
The Homelander 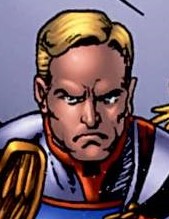 The leader of the Seven, a powerful Flying Brick and egomaniacal asshole created by Voight-American.
Queen Maeve 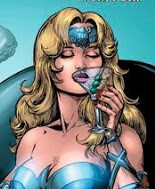 A founding member of the Seven. She was a cynical but well-intentioned hero before the disaster of 9/11, now she just spents her time drinking her life away and having sex with anybody interested. 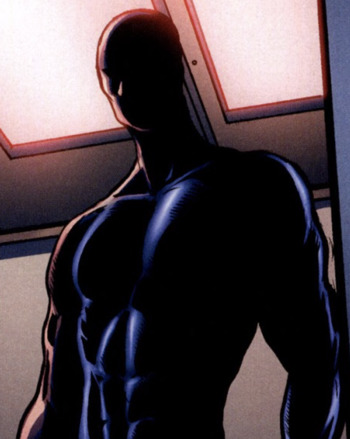 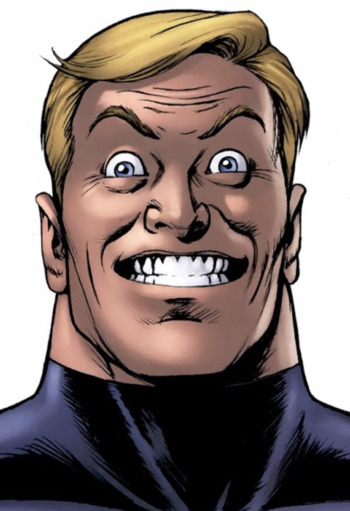 A mysterious silent hero clad in black and member of the Seven.

The Deep
Jack From Jupiter 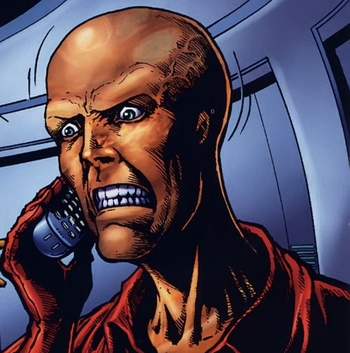 "Carpo!"
A-Train
A hero with the ability to run super fast. He's also responsible for the death of Hughie's girlfriend.
Starlight
The Lamplighter
Mister Marathon

The President of the United States at the beginning of the series.

The director of the CIA.

Rayner's liaison with Billy. Absolutely nothing goes right for him... not that he doesn't deserve it. 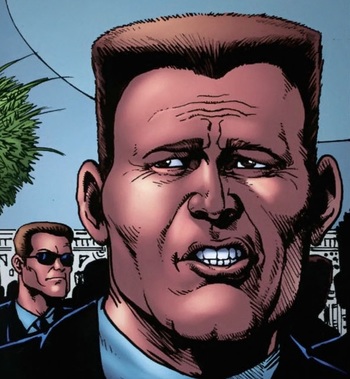 "Mah fellow 'Mirkins... ah want mah dicky suck."
The former CEO of Vought-American and Dakota Bob's (possibly) mentally-handicapped vice-president, to his chagrin. Vic is little more than a puppet for Vought American, and strongly pushes their goal of involving superheroes in national defense.

A young adult hero team created with a more "edgy" image to attract a more mature audience.
In General 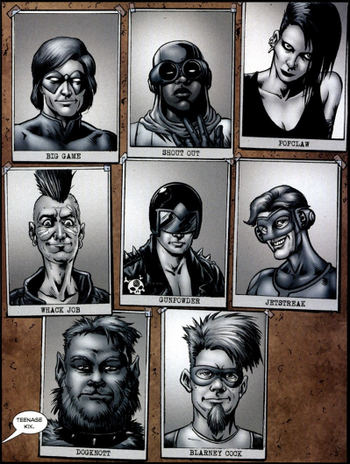 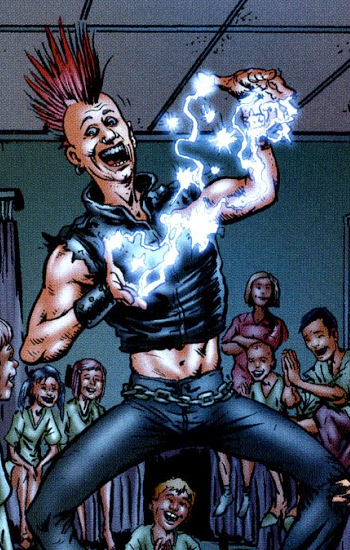 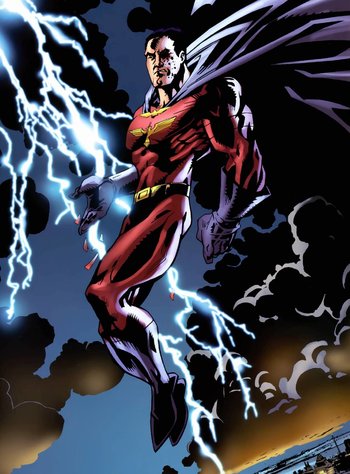 "You dare to lay your mongrel hands on me? I will end you!"
A former Nazi supervillain and currently a member of Payback as its de-facto leader.
Soldier Boy
A "supersoldier" and "war hero" that fights with a shield, and the supposed leader of Payback.
Tek-Knight
A tech-based superhero that uses a mechanical armor to fight crime. He also has a brain tumor that causes him to want to have sex with anyone and anything.
Laddio
Tek-Knight's second Kid Sidekick.
Crimson Countess
A heroine that uses magical energy to fight crime.
Mind-Droid
Swatto
Eagle The Archer 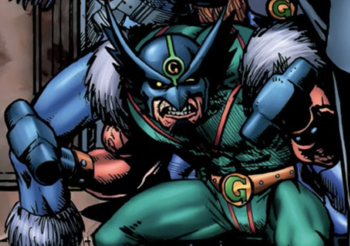