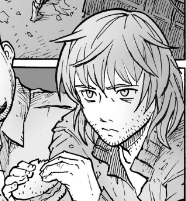 "Some days you're better off staying in bed."

The main protagonist. He's a slacker who spends most of his time playing street music for money, working odd jobs, hanging out with his Only Friend Gabriel, and mourning over his relationship with his ex-girlfriend. After winning a staring contest while out playing music for money, he gets the shock of his life when his opponent leaves her van via the roof. 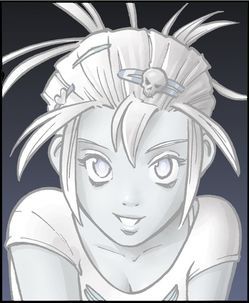 "So let's get on with this. I'm Talia. I've been dead for about five years now. Leukemia. Very depressing story. Don't make me go into it. All you need to know is this. I'm locked out of heaven. They say I can't move on to the afterlife until I've done, like... a super good deed. A 'life task' they call it."

The titular ghost, Talia's a spectre stuck on Earth until she can complete her life task - bring the Penny Murderer to justice. Since she can't interact with anything beyond breaking glass, she ropes Brody into her investigation of the Serial Killer.

"The training begins at dawn." 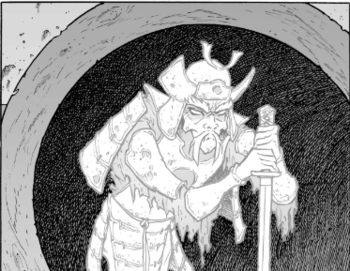 A site spectre - a ghost stuck to one specific location - who Talia asks for help in awakening Brody's supernatural talents. He resides in the dilapidated remains of a Shinto shrine.

Brody's only friend before he met Talia. He works as a cop, and provides some aid for Brody over the course of the story. 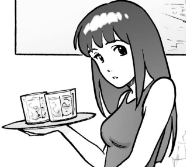 Brody's ex-girlfriend; a good-natured and sweet, if a little high-maintenance, girl. Breaking up with her derails Brody's life before the story begins, and she later becomes significant as the Penny Murderer's next victim.

A Serial Killer who has murdered a series of young women, leaving a penny on their foreheads as a calling card. Despite years of activity, the police haven't gotten any closer to catching him.

Nicole's new boyfriend, a wealthy hot-shot from the financial district. It's no secret that he has mob connections, and doesn't appreciate Brody stalking his girlfriend.