This character sheet is for the Mega Man Battle Network (also known as Rockman.EXE) game franchise and the MegaMan NT Warrior anime by extension. For the most part, this page is still under construction.

Character names are given English version first, with Japanese version in parentheses.

A Navi taken over by the fake Zero Virus vaccine in Network Transmission. Shows up as a Darkloid and Asteroid Navi in the anime. 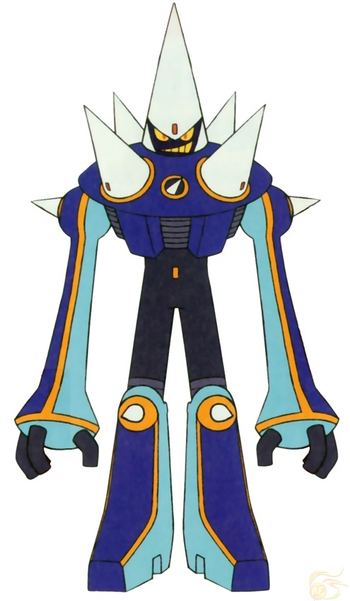 A Navi operated by Yai's unnamed gardener. In the anime, he's operated by Ms. Yuri instead. 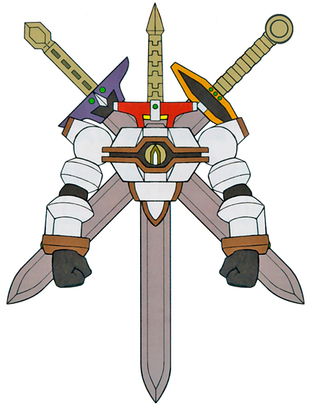 A WWW Navi guarding the way to the Life Virus in Network Transmission. Appears as a Darkloid in the anime's Axess season and returns as an Asteroid Navi working for a ninja. 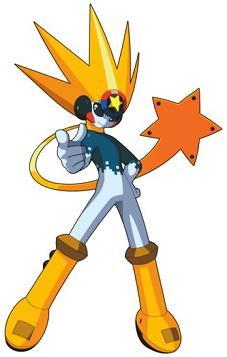 A WWW Navi selling a fake vaccine to the Zero Virus which causes said virus instead. Appears in the anime as a Darkloid during Axess and returns as an Asteroid Navi in Stream operated by a fortune teller specializing in romance. 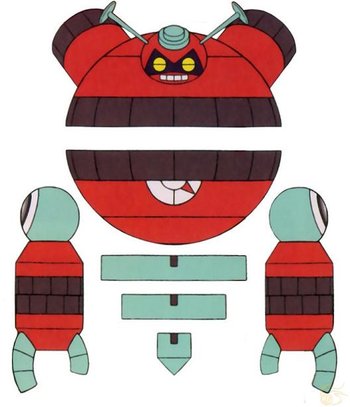 A WWW Navi in Network Transmission. Appears in the anime as a Darkloid and Asteroid Navi. 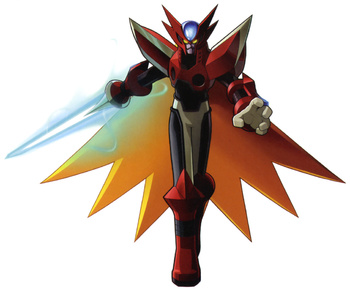 A virus/Navi hybrid of sorts in the Network Transmission game. 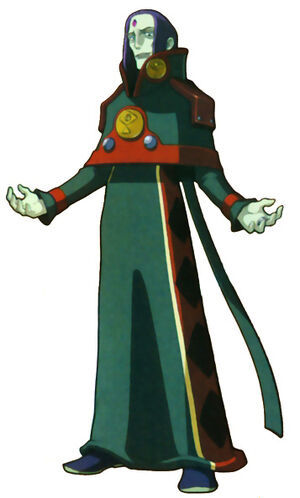 Wily's unseen assistant from the first game. With Wily presumed dead at the time, he takes over Wily's goal of destroying Net Society by recreating the Life Virus and starting the war Wily wanted.
Phantom/Legend of Network
Characters from the Mobile Phone Gaiden Games Phantom of Network and Legend of Network. 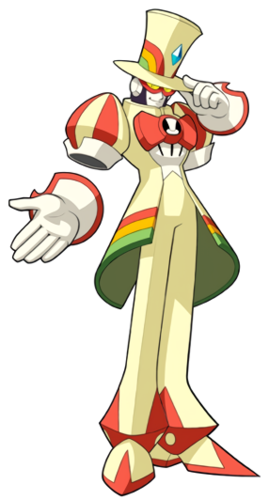 A magician and Shuuichi's father. In the anime he is HatMan.EXE's operator. 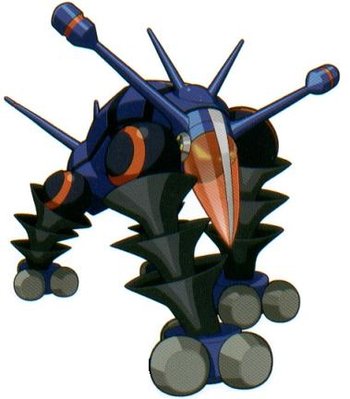 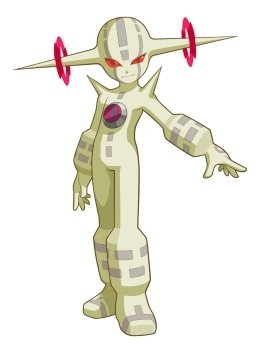 A NetNavi that manages the Cache Server, where all of the world's cache data is accumulated. 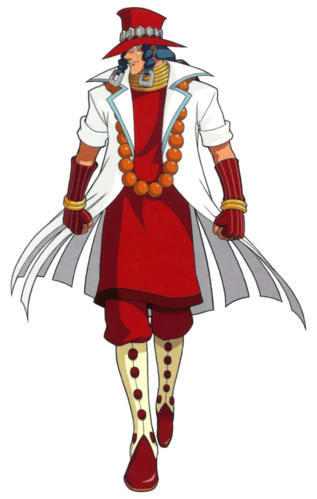 A male survivor from the lost Atlampian Civilization. After awakening in the year 200X he discarded his name and called himself Nobody. Believing that the modern day Net Society stole its technology from the Atlampians and angered at its use by WWW, Net Mafia Gospel and Nebula, he believes that humanity had no future and decides to destroy the world by reviving the Atlampian's Trojan Horse.

He commands another Atlampian survivor named Sherrice to retrieve the codes and program to revive the Trojan Horse. He is eventually defeated by Lan and MegaMan.EXE who had help from a mysterious person called "L.o.N.". The destruction of the Trojan Horse destroyed the server of the Atlampian Ruins, releasing electromagnetic waves and opened a hole in time and space which sent him back 3000 years into the past, some time after the fall of the Atlampian Civilization. There he saw that the Atlampian people survived despite that their society fell; this revelation made him have a change of heart. He then made messages to help Lan in the future to stop himself in that era, signing them as "L.o.N."note Legacy of Nobody 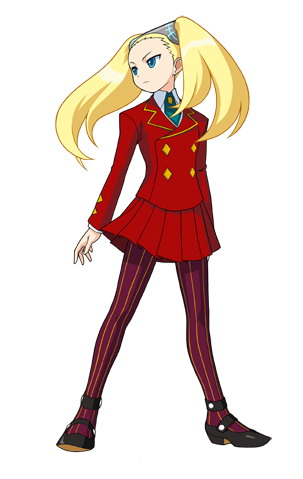 A female survivor of the lost Atlampian Civilization who is around Lan's age. The creator and operator of RideMan.EXE. Lan's partner during Legend of Network when Chaud and ProtoMan.EXE were out of commission. 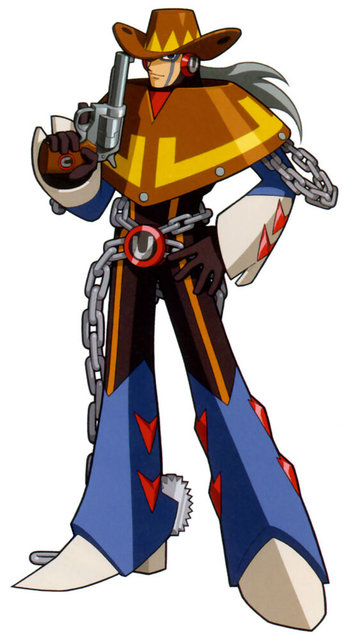 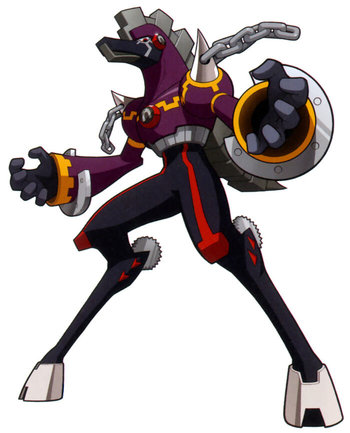 Reverse RideMan.EXE
A manifestation of the Trojan Horse. Can infect and take control of other Navis. 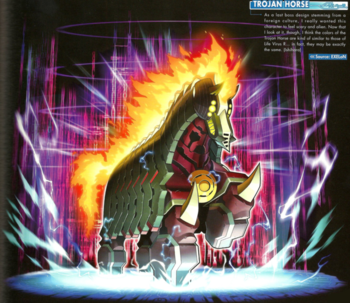 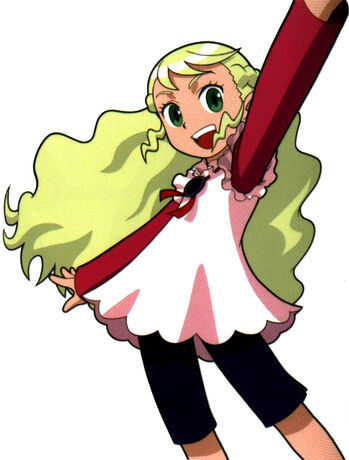 A foreign exchange student from Netopia who is homestaying at Yai's place. She is the operator of Ring.EXE. 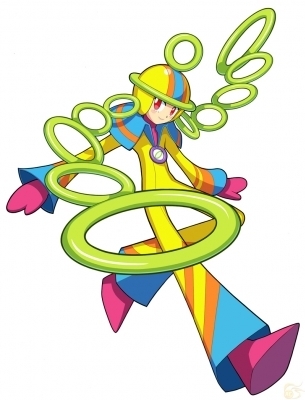 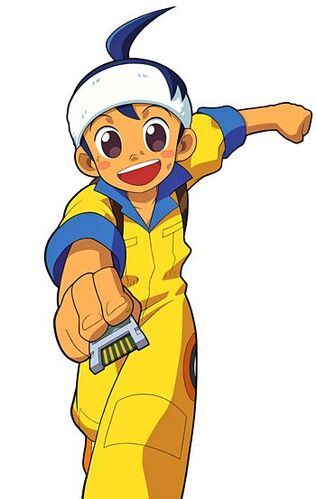 A kid who idolizes Lan when he saved the bus he was on from exploding(ColorMan's scenario in Battle Network 1). He is the operator of TurboMan.EXE. 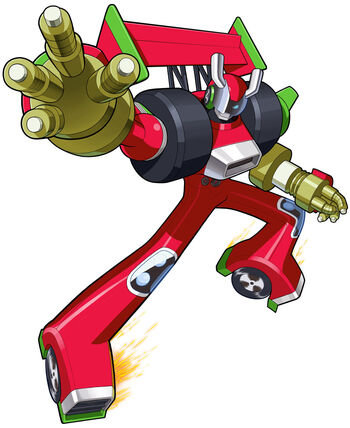 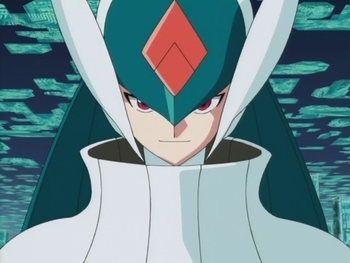 An anime-only character, Slur is a servant of Duo, although she has a few agendas of her own regarding humankind.

This young and childish Navi only appears in the anime. Trill is known as the Synchronizer, and has taken an immense liking to Mega Man for protecting him and Iris against the worshipers of Falzar and Gregar. Eventually Trill allows Mega Man to gain the ability to Beast-Out, thus gaining the powers of either of the two beasts, but Mega Man loses control and attacks anything in sight if Iris is not there as well.