A rather mysterious man that has a connection with Wily, at least in the games. He forms a team with Lan and several others in the fifth game to liberate the internet from Nebula. 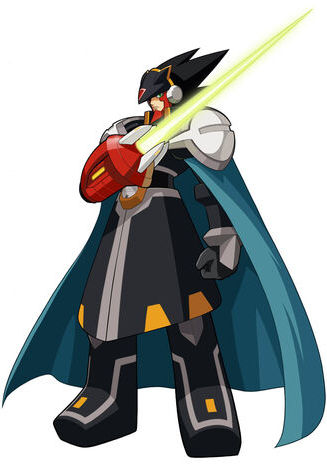 Operated by Baryl. Designed by Wily and given to Baryl, Colonel was supposed to be the perfect Navi, having the best fighting capabilities while being compassionate. The compassionate part was removed (and became Iris.EXE) when Baryl's father died fighting a war. 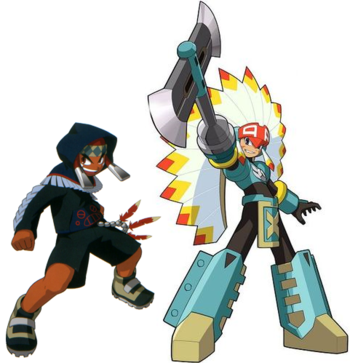 An energetic kid who loves Net Battling and eating, much like Lan. A bit cocky, though kind of heart. His impulsiveness and desire to save his village led him to steal the Booster program in the fifth game, though he eventually turns in and become one of the members of Team Colonel. He returns in the Falzar version of 6 to give lessons on the customs of his tribe at Sky Town.
Tesla Magnus (Tesla Magnets)

Mr. Gauss' daughter and Count Zap's niece. She becomes MagnetMan's operator in the fifth game and the anime's Stream season. She's also the boss of Neo WWW in Stream and orchestrated Gauss and MagnetMan's escape from prison. 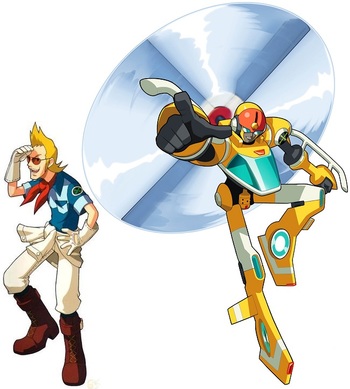 A skilled helicopter pilot from Netopia and the operator of GyroMan.EXE. Becomes a member of the Cross Fusion team in the anime.
Fyrefox (Nenji Rokushakudama) 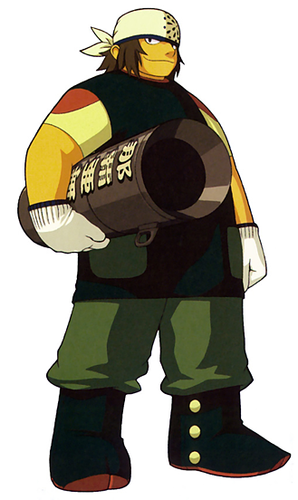 A fireworks maker who joins Team ProtoMan with his Navi NapalmMan and becomes a member of the Cross Fusion team in the anime's Stream season. 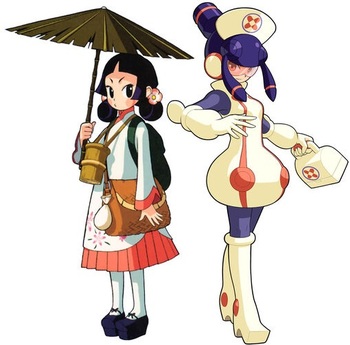 A Chinese girl who's studying medicine to search for her grandfather's illness.
LarkMan.EXE (SwallowMan.EXE) 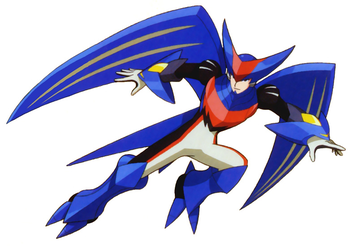 In the games, a wild Navi that believes he is as free as a bird for having no operator. In the anime, a Darkloid under the command of Dark MegaMan.
BlizzardMan.EXE

"I'll turn this area into a Nebula ski resort! Got it?" 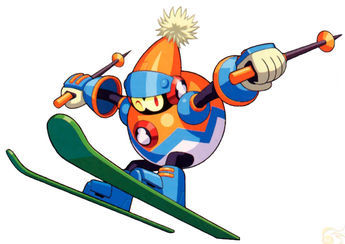 A member of the autonavis known as Darkloids. He wishes to turn his area of the Net into a Nebula ski resort. In all his incarnations he's depicted as the weakest. 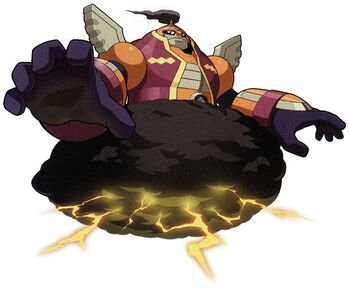 Member of the Autonavis known as Darkloids. He speeks in Greek terms and by far the more crueler of them. He is also responsible for capturing MegaMan's and ProtoMan's/Colonel and turning them into Darkloids.
CosmoMan.EXE 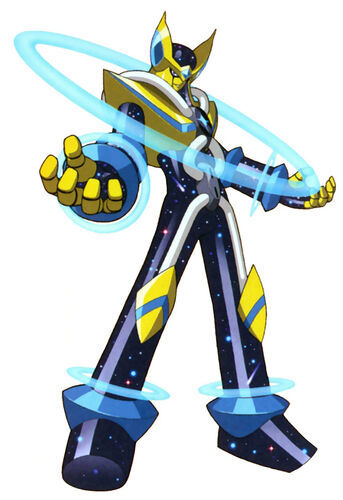 The new commander of Nebula and a Darkloid following the deletion of LaserMan. Appears as the boss of the fifth liberation mission. In the anime, he is the second in command of the new Darkloids led by Dark MegaMan. 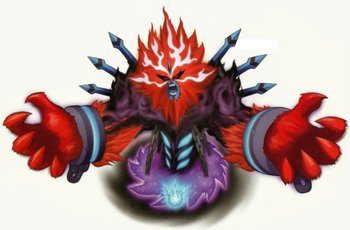 A pure manifestation of evil that appeared within Dr. Regal's Dark Chip Factory during the fifth game.