List of characters that debuted in Mega Man Battle Network 1. Here is the main character sheet. 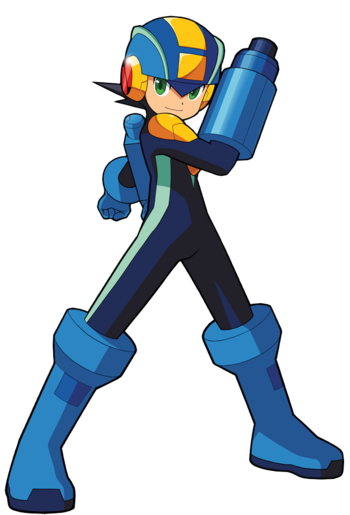 The title character and Lan's Navi. In the games, he is Lan's twin brother Hub (Saito) Hikari, who died when he was an infant and was brought back to life as a Navi. In the anime, he possesses one of the three Ultimate Programs.

MegaMan's operator and the human protagonist of the series.

leading experts in the field. Lan would grow up following in their footsteps.
Mayl Sakurai (Meiru Sakurai)

"Whether Lan is by my side or not, he will always light my path." 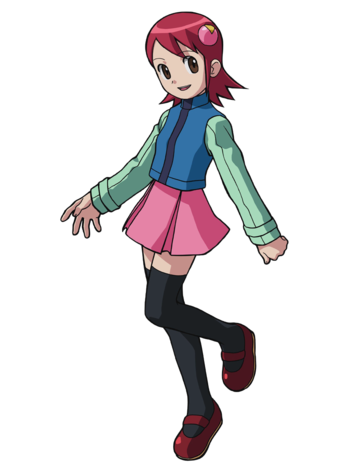 Childhood friend of Lan. She lives next door for most of the series. 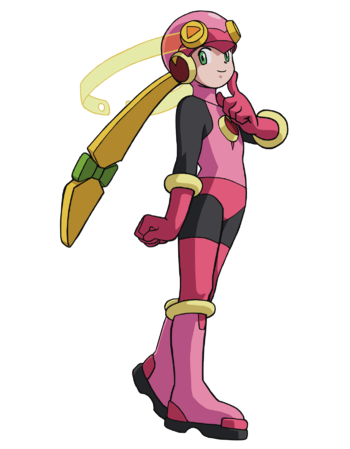 Operated by Mayl, and a very close friend of MegaMan by extension.

"If any of my friends are in trouble, I'll help! Even if I'm on the opposite side of the world! That's what Dex is all about!" 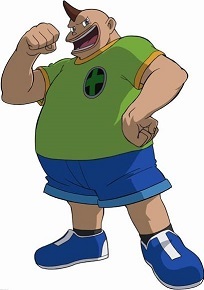 Another childhood friend of Lan. Initially the class bully, he becomes nicer after being defeated by Lan in a Net Battle. 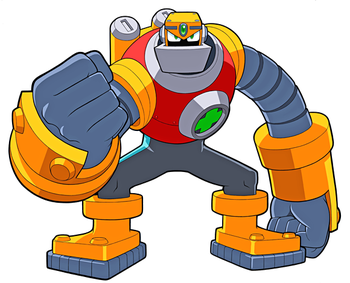 Operated by Dex, and friendly rival to MegaMan by extension. 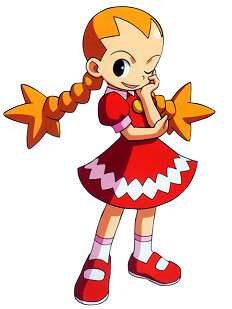 A good friend of Lan, and two years younger than the rest of the crew. Her family is one of the richest in the world. 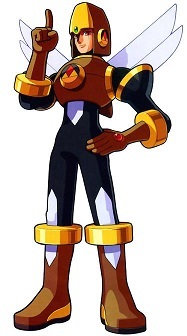 Operated by Yai. Glyde is more of a butler Navi rather than a combat navi, and does not have much in terms of offensive capabilities. His rare and expensive battlechips sometimes makes up for that.

A young boy that is a rising star among the Net Officials. He's also the son of the President of ICP, the company that creates the PETs everyone uses. In the anime, he also happens to be the company's Vice President, despite being the same age as the rest of the main cast. 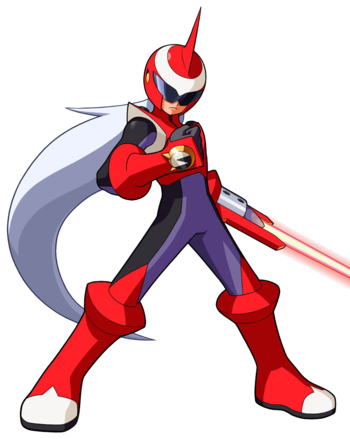 Operated by Chaud, he shares the same stoic personality as his operator. ProtoMan prefers to slash enemies with his sword rather than using long-ranged weapons. In the anime, he possesses one of the three Ultimate Programs.

Lan's father, a renowned computer scientist and the creator of MegaMan.

In the first game he runs a fish stand at the Government Complex park and only serves to give a boss battle. In the anime he leads a team of secret net agents and guises under the name Commander Beef. The contradiction of his dayjob and codename is an intentional part of the undercover disguise.
Sal (Saroma) and WoodMan.EXE

A calm nature lover that strives to protect it through non-violent means in this technology-based age. In the anime she is a secret net agent working for Commander Beef known as Black Rose.

A mysterious woman with strange psychic powers (perhaps not limited to sensing a very odd aura from MegaMan.EXE in the first game) that runs an antique shop. In the anime she is a secret net agent working for Commander Beef known as Mysteriyu.

Ms. Mari's long-lost twin sister, and an high-ranking member of Nebula in the anime. In the games, she's a former member of WWW instead.
Rush 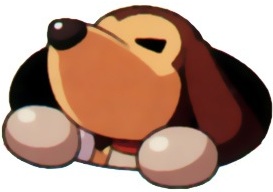 A rare and unique virus in the first two games, in which it only has 10 HP but only loses 1 HP per attack and becomes harder to hit with each round and runs away if you fail to hit him. In the anime, it's a computer program Dr. Hikari created to guide the group to MegaMan's frame after he was deleted by PharaohMan. 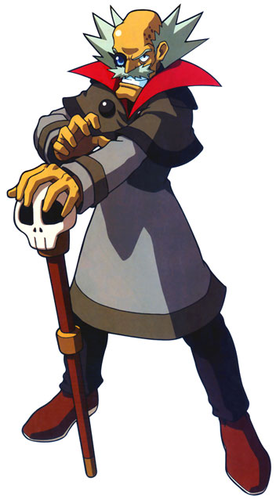 The leader of World Three. Long ago, he tried to obtain funding for his research on robotics technology, but that funding went to the Hikari family's research on internet technology instead. Now he wants revenge by destroying the internet, despite the apparent irony of using the same technology to do so.

HeatMan and FlameMan debut in 2 and 3, respectively. 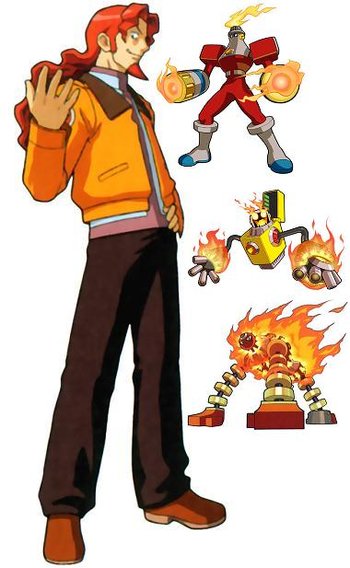 A very passionate man that loves anything to do with pyrotechnics. Operator of FireMan.EXE, HeatMan.EXE, and FlameMan.EXE, although he is only seen with one of them at a time. In the Gregar version of 6, he repents for good after a series of Heel Face Revolving Doors, becoming a schoolteacher at the Cyber Academy to introduce the Cross System. 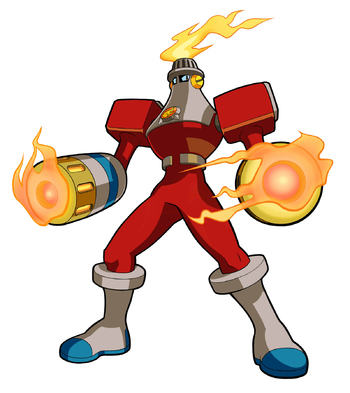 Mr. Match's very first Net Navi and the first major boss Lan has to fight. He and his operator attempt to set fire to ovens all over ACDC Town and were searching for the fire super program. He fights MegaMan.EXE in Lan's family oven and is defeated not before obtaining the program Mr. Match needed. He later appears in Mega Man Battle Network 4 in a tournament and after his defeat, gives MegaMan the Fire Double Soul.

A part-time teacher of sorts that also runs the local battlechip shop. In the first game, he was a member of World Three and tried to brainwash the local ACDC Elementary School into becoming World Three servants. Since that failed attempt, he cut off ties with the World Three and becomes a close friend to Lan and MegaMan's group. 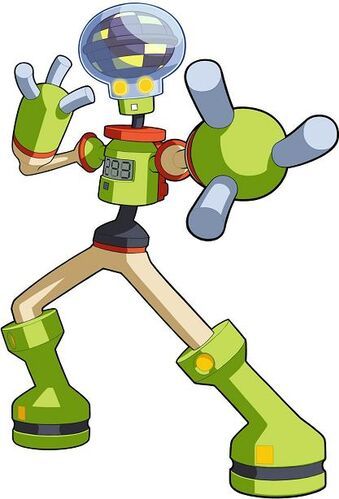 An intelligent Navi that appears to have a huge brain of sorts encased in a light bulb. Operated by Higsby. 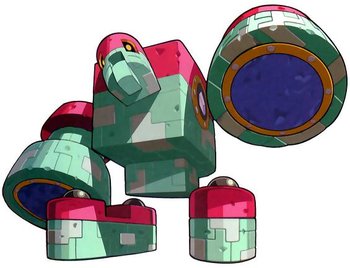 An independent Navi working for WWW who prevents the subway trains from running. 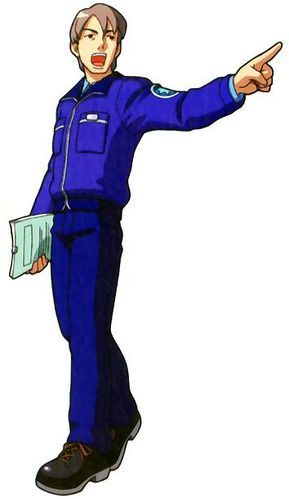 The manager of the Waterworks and Tory's father. He was manipulated by the WWW to freeze the water system and give them the Aquaprogram. He operates IceMan in the first game.

A rather young boy whose father manages the Waterworks, which purifies and controls the water supply. Because of this, he was kidnapped and taken hostage by WWW in an attempt to force his father and IceMan.EXE to comply to the WWW's demands. 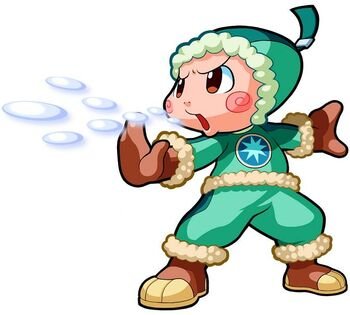 Operated by Tory and his father. IceMan is a rather small and cute Eskimo-like Navi specializing in ice attacks. 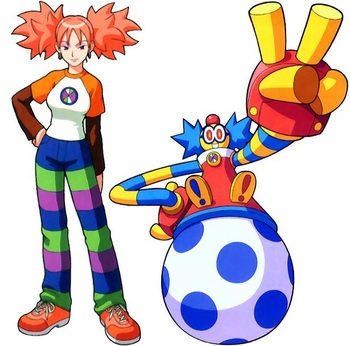 A fashionable yet goofy woman that can be quite cunning at times. She blackmailed Dr. Froid into freezing the Waterworks system and giving her the Aquaprogram. When the WWW is facing funding problems, she is later responsible for hacking traffic lights all over Den City and scam its citizens with a "perfect" antivirus. Operator of ColorMan.EXE, a wacky clown-themed Navi. 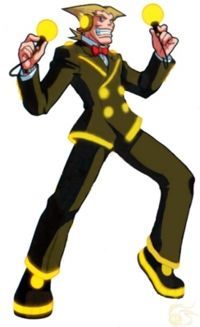 A man from a rich family that has a rather electric personality. In the first game his plan is to steal the Elecprogram from the Government Complex's power plant. Operator of ElecMan.EXE. 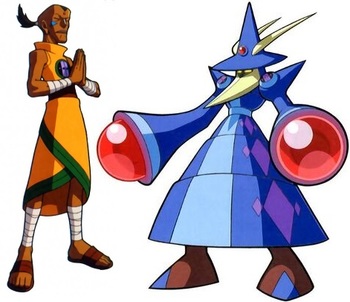 He runs a curry restaurant that Lan frequently visits in the anime. It was revealed that he was from Namasty, the series' version of India. In the first game, he was Dr. Wily's right hand man, and nearly succeeds in deleting MegaMan. Operator of MagicMan.EXE. 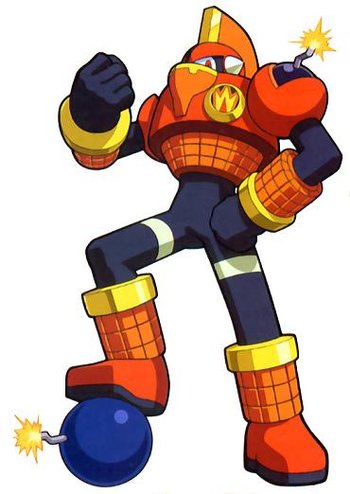 Another independent Navi working for WWW in the first game by guarding their web address. 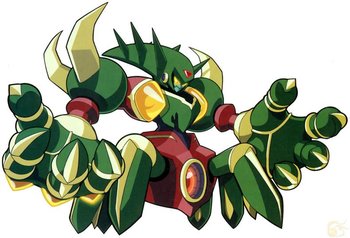 A supervirus created by Wily in an attempt to destroy the internet in the first game, it had a variety of destructive attacks, but the one thing that made this virus so dangerous was its usage of the LifeAura, which was a powerful protective aura with no elemental weaknesses.
PharaohMan.EXE

"You have trespassed and defiled this sacred place! And you will pay...with your lives!" 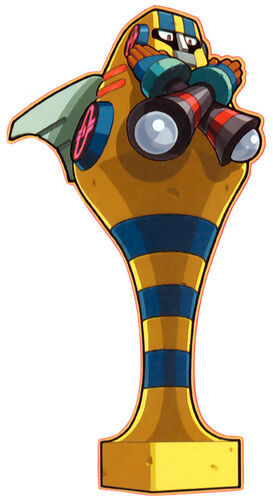 In the first two games, he is a solo Navi always seen guarding WWW territory. In the anime he was created by Lan's grandfather Tadashi Hikari to monitor and guide the flow of data, however due to a virus he became corrupted and had to be sealed away. In the manga, he is an ancient Navi that helps MegaMan with his Style Change. 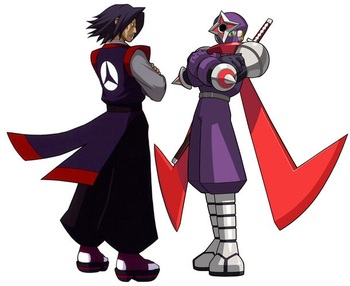 ShadowMan first appears as a solo NetNavi in the first game as a Bonus Boss. As a ninja-themed Navi, he specializes in attacking and moving swiftly while confusing enemies with his shadow clones and Ninja Logs. He later reveals his operator in 2 and Network Transmission.

Dark is a mysterious and dangerous assassin-for-hire that operates ShadowMan.EXE and is feared throughout both the real and cyber worlds. He is hired by Gospel in the second game to destroy key installations that make up the network. While meet with success in YumLand, he and his Navi ultimately failed when MegaMan and ProtoMan intervene. He finally makes his first onscreen appearance in the fifth game where after a short fight, agrees to help MegaMan and Colonel retake the internet from Nebula, but not before taunting and testing Lan and MegaMan beforehand.

In the games, he was created by Dr. Cossak around the same time that Alpha was, and he was designed to be the world's first autonomous Navi (that is, a Navi that can function without an operator). However, he was blamed for causing bugs in Alpha's system, and several Navis were sent to delete him. He escaped into the deepest parts of the internet, but not without a scar. In the anime, he is a reincarnation of PharaohMan.EXE. He possesses one of the three Ultimate Programs, and seeks to take the other two from MegaMan and ProtoMan. Bass has a hatred for humankind in both versions. 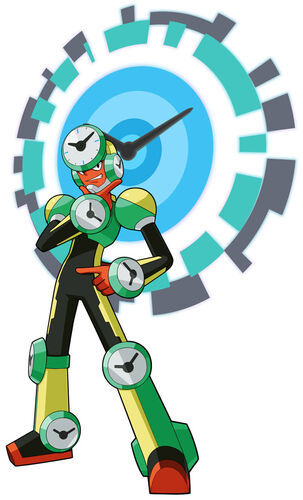 A new NetNavi introduced in Operate Shooting Star. ClockMan.EXE comes from the period of Mega Man Star Force. Having an obsession in women, ClockMan.EXE kidnapped Harp Note in the 23rd century before escaping two hundred years in the past and kidnaps Roll.EXE. His kidnappings causes the MegaMen of both time periods to team up against him.