This page details characters who are introduced as mobile game exclusive characters. 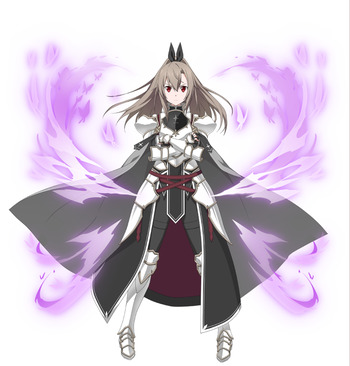 A female Integrity Knight who is close friends with Alice.

"Why the long face? Come on, think positively!"
Kirimai

Eydis's younger sister from before her Synthesis, who suffered from an ailing leg since childhood.

A girl from Lipia's orphanage who Eydis meets when she goes to the Dark Territory after the war.

The Emperor of Southern Empire.

Sigurosig's successor, who incites a rebellion against Iskahn in opposition of peace with the Human Realm and his marriage to Scheta.

Nergius' elder sister, who taught him swordsmanship and imparted some of her values onto him.

A Prospector who served as Entokia's Mentor before he became an Integrity Knight.

A mysterious Minion creator who can use skills to bring deceased individuals Back from the Dead. 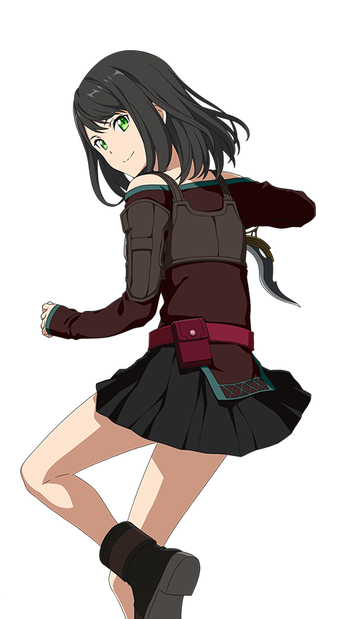 Voiced by: Ari Ozawa
The main heroine of Integral Factor who serves as the Player's partner. She has known them since the beta testing days where they became friends and continued on into the official launch of SAO.
Mater 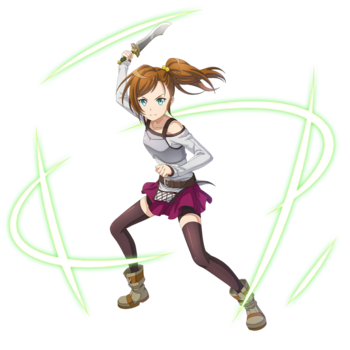 A little girl who the Player and Koharu keep running into from Floor 5 onwards.
Lueur 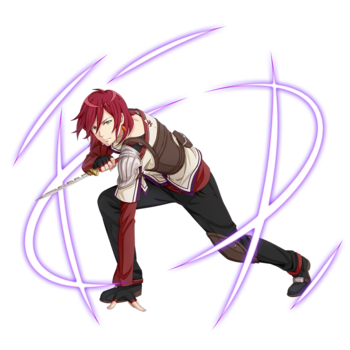 A self proclaimed bard who follows the Player and Koharu around after Floor 7, out of a desire to witness their heroics and pass on the stories for all to hear.
Wendelin
A forest Elf Commander and an NPC AI. Initially enemies to Kizmel and the humans he later becomes a begrudging ally.
Sanya 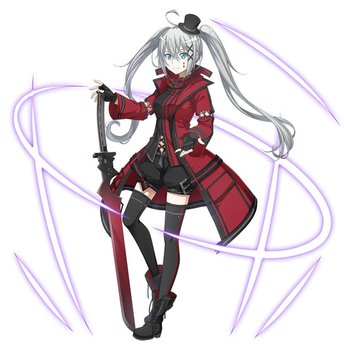 A fan created character from a competition. Sanya is a Russian girl with silvery hair and is in possession of a demonic blade that allows her to absorb HP of monsters she slays. Her renowned power and mysteriousness have earned her a reputation among players and she has come to be known as the "Silver Devil". 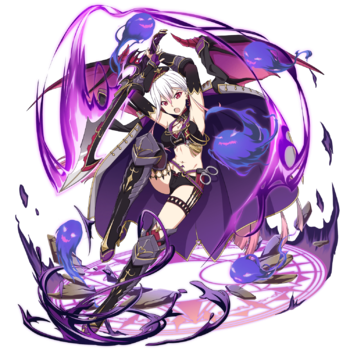 Voiced by: Akane Fujita
A playable character and the Arc Hero / villain of the "Helheim Invasion" story event and later a very prominent reoccurring character. Seiko is a Childhood Friend of Kazuto and Suguha, having reunited with them as an adult where she's now a police officer. She's persuaded to join her old friends in VR, so she makes an account in Alfheim Online under the name Makoto. However, rather than the usual selection of fairy races, she's dragged to Helheim and made into a demon.
Thokk

A playable character and the true Big Bad of Helheim Invasion. She posed as Makoto's Navigation Gremlin, but is revealed to be the mastermind behind the entire event.

A reoccurring character in Memory Defrag. Sphica is a young girl at the age of 11 and ALO player who encounters Kirito and Asuna. She's is exceptionally talented at hide-and-seek and revealed to be ill in real life. Although initially scared of other children, she later becomes good friends with Seven and Yui.
Feliz

A reoccurring character, currently appearing in cutscenes only. An AI girl who looks almost exactly like Sachi. She is Best Friends with Sphica.
Arianrhood

A reoccurring character, currently an NPC. Arianrhood is the commander of the new Knights of the Blood Oath in Alfheim Online and an ally of Kirito and Asuna in ALO.
Rechka

A playable character. Rechka is an SAO survivor as well as a Supreme Chef who mastered cooking in SAO.
Sima

A playable character. Sima is an SAO player and an angler who Kirito and Asuna encounter on the 22nd Floor while fishing with Nishida.
Waals

A playable character. Dyne's cousin who Sinon is tasked with teaching in the ways of GGO.
Norse Gods

The Norse Goddess of Death and ruler of Helheim.

The anger contained within Urdr which split off into a separate being and rampaged in ALO. In an attempt to save her, Kirito and crew had her transferred to a new game made by Thokk, Nibelungeon Purgatory.