This page details characters who are introduced as video game exclusive characters. 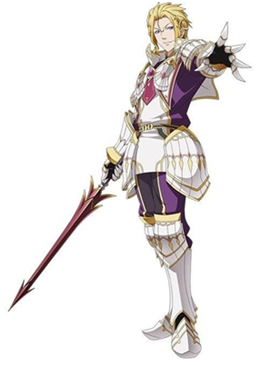 A mysterious player with a high-level avatar but very little skill who attempts to join the Assault Team. Later revealed to be none other than Noboyuki Sugou and the true villain of the game.

For his canon self see this page 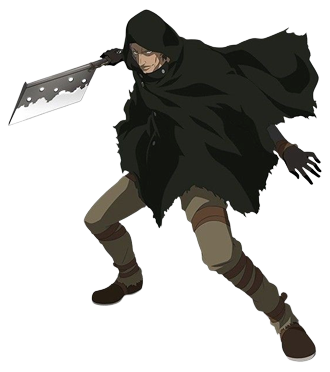 The Hollow AI counterpart of the infamous Laughing Coffin leader. 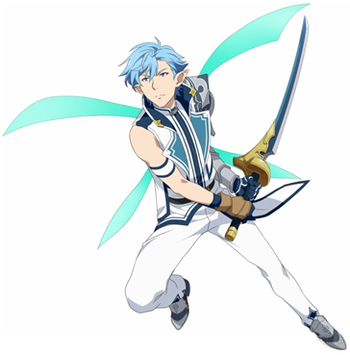 An Undine swordsman who also happens to be the leader in practice of Shamrock and Seven's bodyguard. 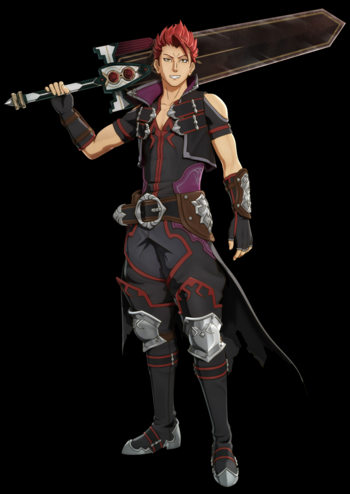 A mysterious new player in Sword Art: Origin who's gained a reputation for defeating high-level monsters by himself and stealing the kills of other high-level players. Nicknamed this game's "Black Swordsman", his motives and origin are shrouded in mystery... 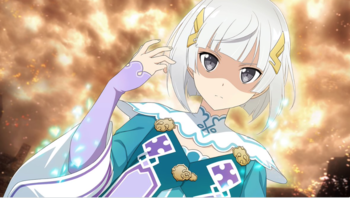 Click here to see Tia in Abyss of the Shrine Maiden 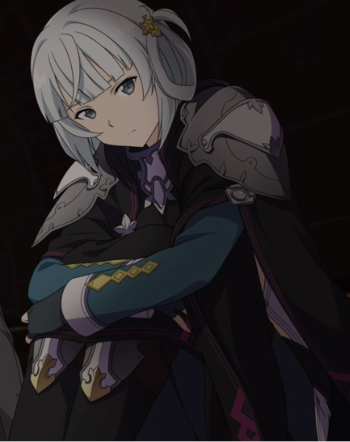 The second Goddess spoken of in the Creation Myth of Aincrad and Premiere's "twin". Found by Genesis, she seeks to bring about the events of the Great Separation and destroy both Ainground and Aincrad.

For his canon self see this page. 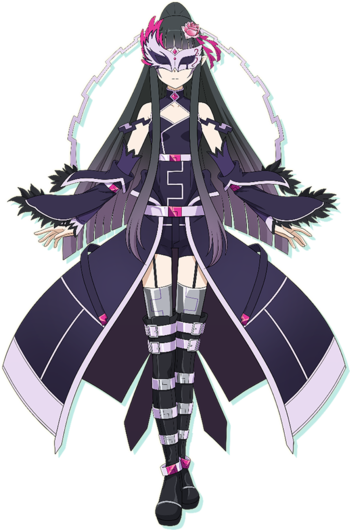 A mysterious figure who lives a thousand years in the future and the main antagonist of Accel World VS Sword Art Online: Millennium Twilight. 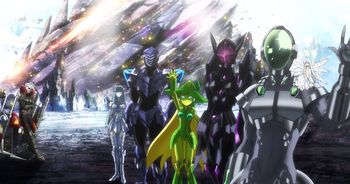 See this page for information about the individual characters.

Player Character of Fatal Bullet. They were invited into the game by their childhood friend Kureha, and quickly makes a name for themselves when they discover an incredibly rare item practically by dumb luck: An ArFA-sys that immediately registers them as their master.

A Type-X ArFA-sys unit that the Protagonist finds in the prologue and becomes their personal assistant. They can fight alongside the Protagonist and assist in managing his/her gaming expenses in GGO. Is nicknamed "Rei" by others.\
Kureha 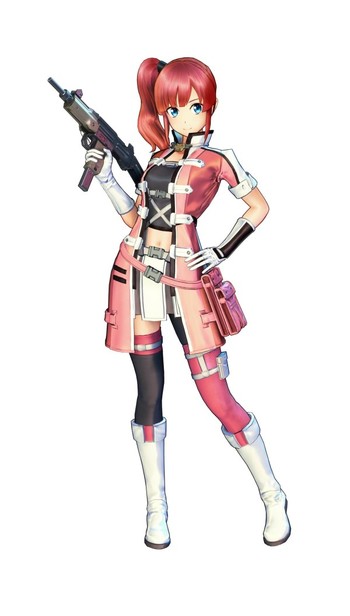 The protagonist's childhood friend, who invites him/her to join in Gun Gale Online and play together. She is somewhat chagrined to discover the protagonist received the ArFA-sys instead of her, but remains by their side nonetheless. 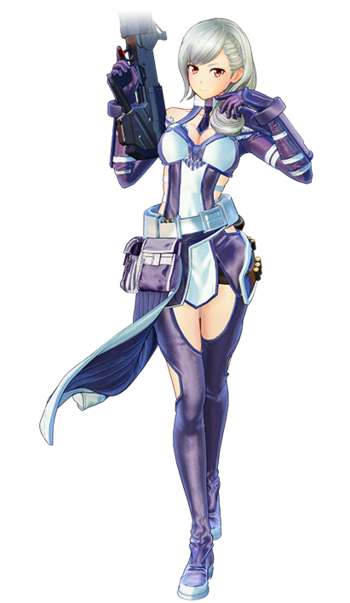 A renowned solo player of GGO known as the Uncrowned Queen. She is knowledgeable when it comes to the ArFA-sys units in the game and acts as an older sister figure towards other players.

A high-ranking player in Gun Gale Online who quickly becomes interested in the Protagonist during their first day in GGO. Often jokes to mess with the people around him.

Daisy
Zeliska's own personal ArFA-sys who follows her around and assists her. Like Rei, she's a rare Type-X model. But unlike Rei, she's far less clumsy and more serious minded.
Taipan (SPOILERS)
A bespectacled squadronmate of Itsuki who accompanies him and also 2nd-in-command of Alphard. It turns out there's more to him than meets the eye at first glance.
Bazalt Joe
A burly yet gentle player in Gun Gale Online. He prevents the Protagonist and Rei from being taken advantage of during their early days in GGO, but later on ends up challenging them several times for ownership of Rei.
Lievre (SPOILERS)

A mysterious ArFA-sys who appears before the Protagonist and their friends during the first three episodes of the Fatal Bullet DLC storyline. Initially presenting herself as someone who looks exactly like Rei, she's quickly revealed to be an even rarer Type-Z model and the main antagonist responsible for the impostor ArFA-sys incidents.

Medina Orthinanos
See the this page
Medina's Fiance
Medina's fiance, who her father set her up with to help their financial woes before his death.
ReoNa 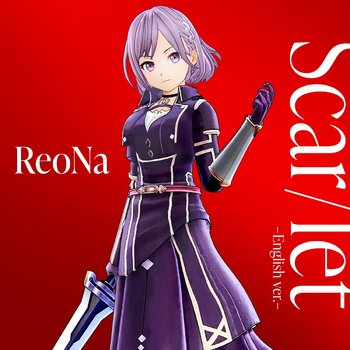 Yes, ReoNa herself is a playable character in Lyrocis. She shows up after the game gets a 1.03 patch update.