This page details the various characters that debuted in the first story arc of Sword Art Online.

Real world names are in western naming order. Followed by their online name and worlds they played in.note If only the online name is known, then display as normal. 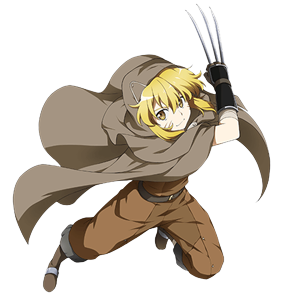 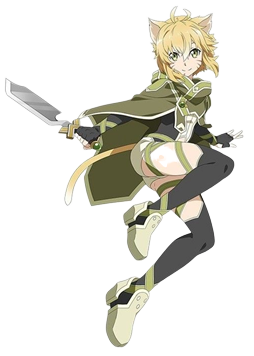 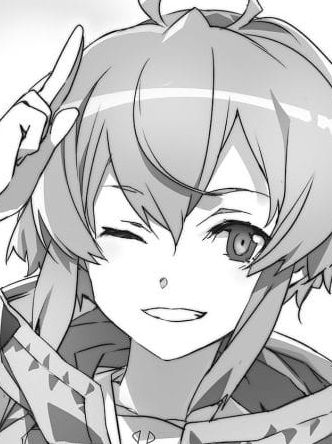 A friend and fellow beta tester of Kirito. Within SAO she works as a Knowledge Broker and messenger. 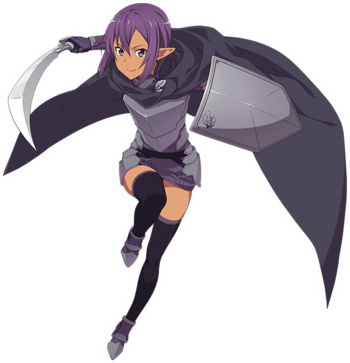 A Dark Elf and royal knight of the Pagoda Knights Brigade in the service of the kingdom of Lyusula from the third floor of Aincrad. She is an elite quest NPC for the Elf War quest campaign that joins Kirito and Asuna's journey through the third floor despite the fact that she was scripted to sacrifice herself like in the beta.

Returns in Sword Art Online: Hollow Realization as an NPC and recruitable character. 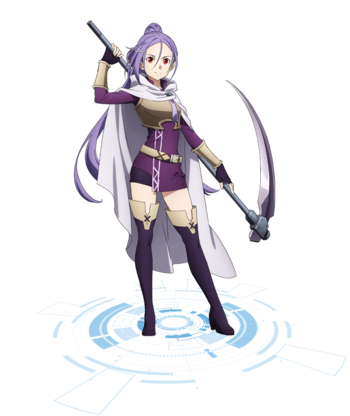 An original character to the Progressive anime film. An IRL friend of Asuna who invites her to play SAO with her.

One of the earliest Frontline Guilds, being unofficially formed on Floor 2 and initially led by Kibaou. Focused on increasing their numbers as much as possible, they had a rivalry with the DKB. After the Floor 25 boss fight, where they lost most of their numbers, they were forced to drop out of the Frontlines and merge with "MMO Today" under the leadership of Thinker.
Thinker 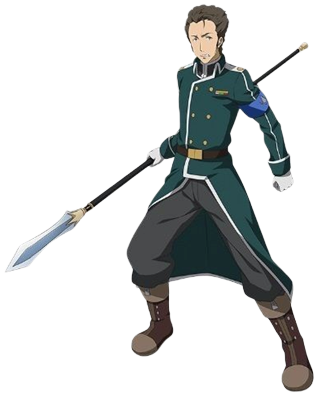 Administrator of "MMO Today" and co-leader of Aincrad Liberation Front, the largest guild in SAO. Thinker's leadership and influence have slowly been eroded thanks to his co-leader Kibaou, and he's eventually trapped unarmed in a dungeon, prompting Yulier, his real-world and virtual wife, to request Kirito and Asuna to help rescue him. 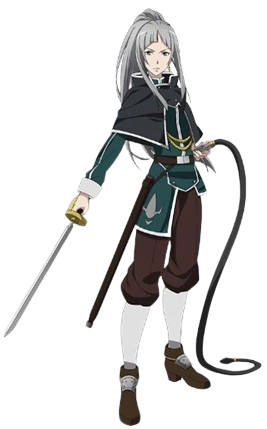 A senior member of ALF and wife to its leader Thinker, both in the real and virtual worlds, who disapproves of the current hardline direction of the guild. She requests Kirito and Asuna's help to rescue Thinker. 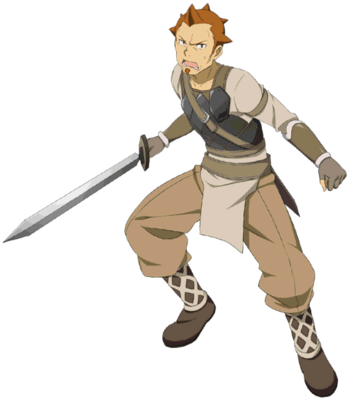 A female player of ALS who specializes in being a tank.
Okotan

A halberd user who's in charge of recruiting members for the ALS. He was the one who recruited Liten to the guild.

A loud-mouthed ALS member who's very passionate about his dislike of Beta-Testers and the DKB.
Corvatz

The leader of a raid party sent by Kibaou to explore the 74th floor. He ends up getting himself killed by the floor's boss when he refuses to back off despite Kirito's warnings.

One of the earliest Frontline Guilds, being unofficially formed on Floor 2 and led by Lind. Hiring only the best players when they were formed, they had a rivalry with the ALS. In the present, they have the largest numbers of any guild and are obsessed with hoarding rare items, often demanding to have the Last-Attack Bonus and some even resorting to attacking other players to get them, with having rare and powerful equipment apparently being a pre-requisite to join them.
Lind 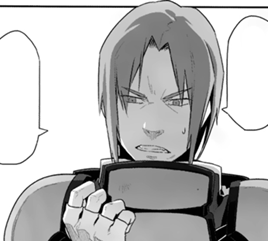 Another warrior who participated in the 1st-floor boss raid who much like Kibaou had an intense hatred toward beta testers. Founder of the Dragon Knights Brigade.

A Stoic member of the DDA who wishes to improve relations between them and the ALS with the help of Liten.
Buxum

A member of the DKB who betrays the Frontlines during the Floor 6 boss.

Knights of the Blood

Knights of the Blood

The "Strongest Guild" on the Frontlines and their un-official leader, who members comprise of the best players scouted out by them. Led by Heathcliff, but duties are often left to the Sub-Commanders, namely Asuna. They joined after the events of the Floor 25 boss that forced the ALS to drop out of the frontlines.
Heathcliff 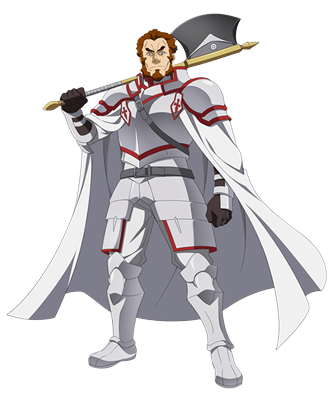 Another member of Knights of Blood. He was assigned to form a party with Kuradeel and Kirito to assess the talents of the latter. 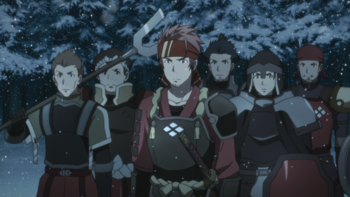 A Guild of Samurai-themed Players led by Klein.
Klein

Dale
A member of Fuurinkazan who wields a Two-Handed Sword.

A guild of Role Players who named themselves after Legendary Heroes, and quickly make a name for themselves on the frontlines after Floor 1 with their powerful equipment.

The Leader of the Legend Braves.

Black Cats of the Full Moon 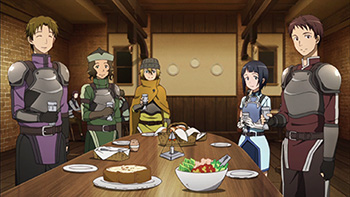 From left to right: Tetsuo, Sasamaru, Ducker, Sachi and Keita

A guild made up of friends from the same computer club in the real world. They were the first guild that Kirito joined in SAO. 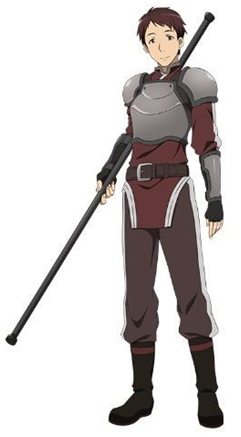 Leader and founder of the guild. 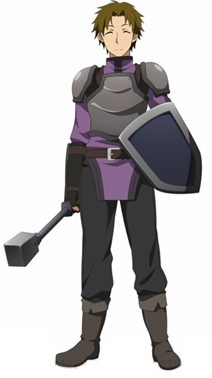 The mace user of the guild. 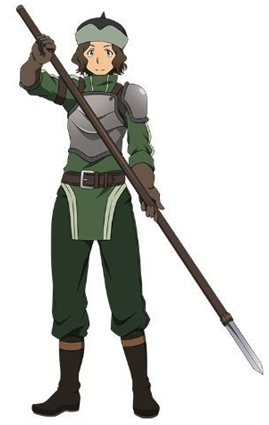 A spear man of the guild. 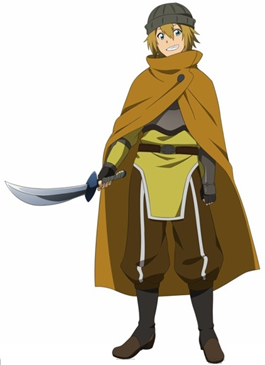 The thief of the guild. 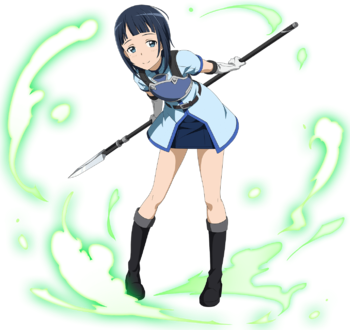 "Even if I die, you keep living okay? Live to see the end of this world, and to see why it was born. Live to see why a weak girl like me ended up here... and the reason you and I meet."

The sole female member of the guild and the first girl Kirito set his eyes upon during his earlier days in SAO. 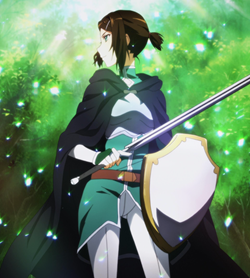 The Leader of the Golden Apple Guild. After she was killed, the guild was disbanded. Her real name was Yuuko. 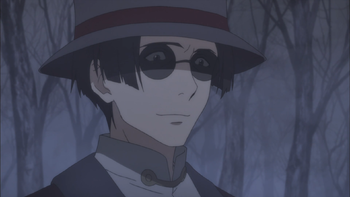 Griselda's husband, both in the game and IRL. He was the one who hired the Laughing Coffin guild to get her killed and planned to off the rest of the members of this former guild when they investigated the truth of her murder. 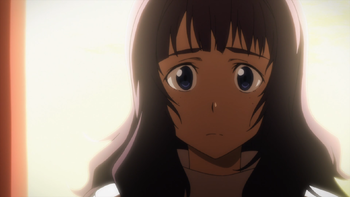 A former member of the Golden Apple guild went her own separate ways with her boyfriend, Caynz, who gets murdered in a safe zone and enlists Asuna and Kirito's help. Turns out it was a ploy to try and uncover the truth of Griselda's death. 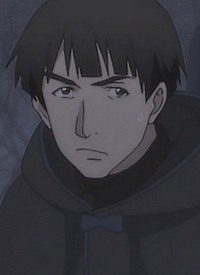 Yolko's boyfriend, who somehow is murdered inside a safe zone of the game. Turns out it was an act to lure out Griselda's murderer and discover the truth of her death. 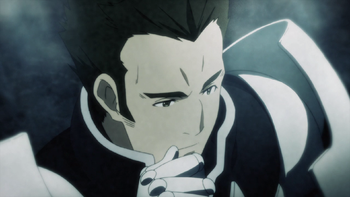 Another former member of the Golden Apple guild. Joined the Divine Dragon Alliance after Griselda's death.

A small-time guild that focuses on leveling up and earning money through Quests alone.

A lesser known guild on the lower floors, who operated by having green players infiltrate other guilds. 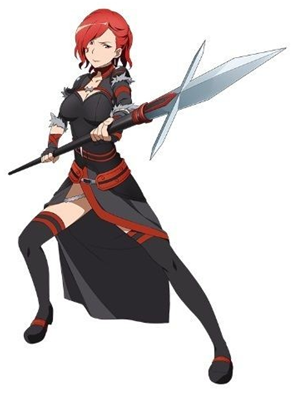 "There's no proof that killing someone here means they die in real life."

The leader of Titan's Hand.

A Beta-Tester Kirito meets shortly after leaving the Town of Beginnings.
Diabel 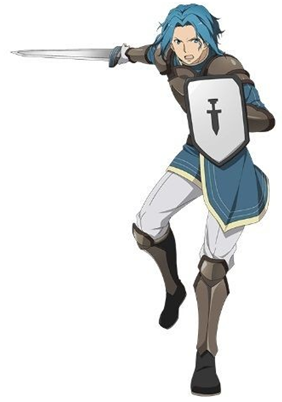 A "knight" who organized and led a raid against the L1 boss. He is actually another beta tester and exploits the group in order to ensure that he lands the last hit, which would maximize his chance of obtaining a unique drop. Recognizing Kirito as another beta tester, he also takes steps to actively hinder him by manipulating Kibaou and assigning back row duty to Kirito's party. 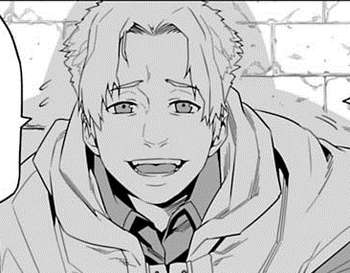 A blacksmith who turns out to be a scammer, stealing items that players give for him to upgrade and selling them while claiming that they broke. 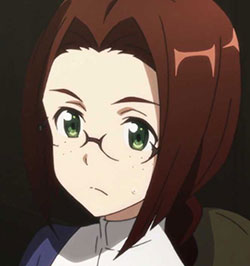 A priest-type player who takes care of the younger players in SAO.

Miyurin and Ulrik
Those Two Guys first seen in the pilot where they discover their avatars are very different from their real life appearance, originally believing each other to be a Bishōnen boy and a cute girl, before they are revealed as on overweight guy and a G.I.R.L..
Nishida 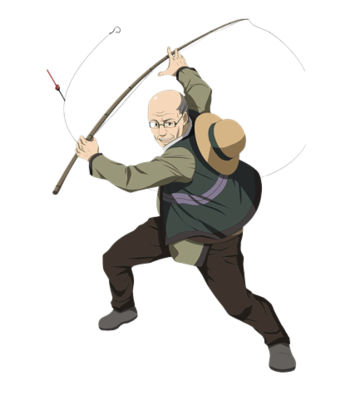 A player living out on the 22nd Floor and a friend of Kirito. He is often seen fishing.

"If you're just going to die, then live instead!"

Lux's Only Friend back in SAO, who died to save her life. Her ghost later starts appearing in ALO

Kizmel's deceased sister, a herbalist who was killed by Forest Elves.

A Viscount in the Dark Elves and leader of Castle Yofil, who hardly ever steps outside and keeps his office dark, keeping his appearance a mystery.

An Anecdotist for the Dark Elves and the master of Meditation, who teaches players who can find him the Meditation skill.

A Dark Elf fugitive who's been imprisoned in Harin Tree Palace for thirty years. He's the brother of the Dark Elf Blacksmith situated on Floor 3 who created Asuna's Chivalric Rapier, prompting him to assist them for helping his brother refine his skills.

A Manga original character. A Falconer Soldier for the Forest Elves, and the one who killed Kizmel's sister, Tilnel.

The third faction of the Elf War Questline, who are elves ostracized by both the Forest and Dark Elves for wishing to defile the Holy Tree for their own ends. Along with The Conspiracy that later becomes Laughing Coffin, they serve as antagonists in the Progressive series.

The Leader of the Fallen Elf Faction.
Kysarah

A quest giver NPC and the Presiding Lord of Stachion who's the original Big Bad of his questline.
Pithagrus

The previous Lord of Stachion, who was murdered and framed for his own murder by his apprentice Cylon.

An advanced quest NPC similar to Kizmel, who is the daughter of Lord Cylon.
Theano Spoilers

The heir to House Nactoy, one of the two families that head the Voluptia Grand Casino. She serves as a quest giver asking players to investigate evidence of cheating in the Casino.
Kio

Nirrnir's maid and bodyguard, who displays her status by donning an armoured maid uniform and carrying an estoc on her person.

The current head of the Korloy Family, one of the two ruling families of Voluptia. Nirrnir's questline revolves investigating and exposing him as a cheater who is rigging the monster fights in the Voluptia casino in his favour.