This page details the various characters first appearing in the Alicization arc.

Alice and Selka's father, and mayor of the village.

Captain of the village guards and son of the former captain, as well as a childhood bully of Eugeo.

The owner of the biggest farm in Rulid Village.

A fifth class noble and blood relative of the leader of Zakkaria. 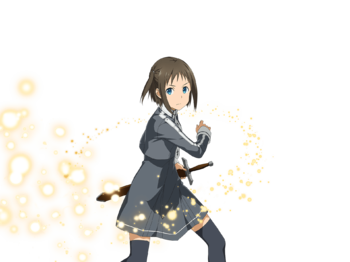 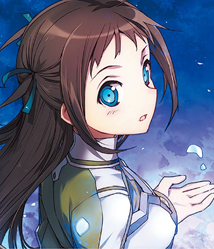 Kirito's valet during his time in the Master Swordsman Academy. 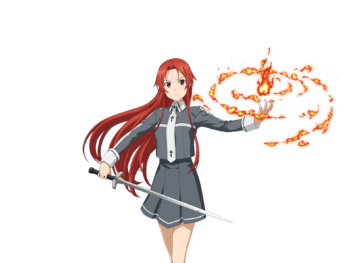 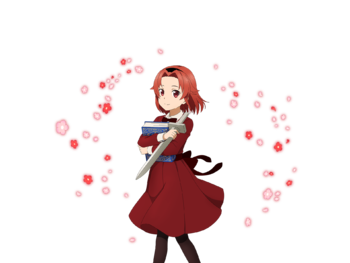 Eugeo's valet during his time in the Master Swordsman Academy. 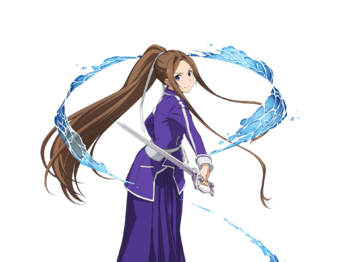 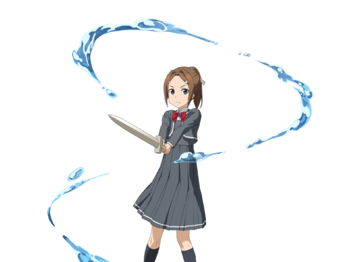 Kirito's senior during his time at the Imperial Sword Academy.

Eugeo's senior during his time at the Imperial Sword Academy.

The First Class Elite Disciple during Kirito and Eugeo's time as pages and The Rival to Sortiliena.

The Supervisor of the Novice Trainee Dorm that Kirito and Eugeo stay at during their year as trainees.

Tiese and Ronye's dormmate and friend, as well as the page of Humbert Zizek.

The two top disciples in Kirito and Eugeo's year, and their primary rivals to graduating at the top of the class.

A dedicated craftsman who wished to create a sword surpassing any that were forged, eventually getting his wish when Kirito brings a branch of the Gigas Cedar. After the war, Kirito makes him the arsenal master for his assistance in dealing with the rebellion of the Four Empires.

Tiese's Father
Tiese's father, a 6th Rank Noble who believes that as a Noble, he and his family have a duty to protect the commonfolk.
Ronye's family

Ronye's 6th ranked noble family, that's related to a 4th rank family on the father's side.

In General
The Ruling Entity of the Underworld with power over the Four Empires.

Senators
The enforcers of the Axiom Church who monitor anyone who has broken the Taboo Index.
Elevator Operator / Airy 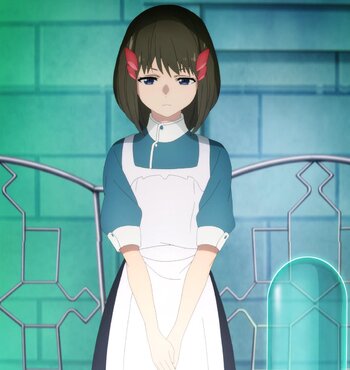 A girl who is assigned to operating a floating platform for transportation in the Central Cathedral. 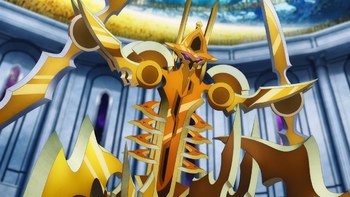 A mysterious girl who resides in the Great Library Room, who is revealed to be the physical embodiment of the Cardinal System sub-processor residing in a host.

A spider working for Cardinal and one of her closest friends.

Renly's Best Friend from before his Synthesis, who he accidentally killed in the Four Empires Unity Tournament, leading to his current fear of fighting and killing.

Kirito during his time acting as the effective ruler of the Underworld after defeating Gabriel. While they're both essentially same person, The Star King ends up being a separate entity when Kirito has his memories of acting as him removed after logging out of the Underworld and the memory data is secretly kept by Higa.

Asuna during her time in the Underworld.
Cruiga Norlangarth VI spoilers

The tyrannical Emperor of North Centoria who revolts against the new government created by Kirito to take the place of Quinella's Axiom Church..

The son of Bercouli and Fanatio, who the latter was carrying during the war.
Leazetta

A Goblin tourist who's accused of murdering an Inn caretaker, putting relations between the Human Realm and Dark Territory at risk.

The victim of the murder Oroi's accused, the elderly caretaker for the inn he and his friends were staying at.

Man in the Black Robe SPOILERS

Man in the Black Robe/ Zeppos.

The true killer of Yazen, revealed to be Emperor Cruiga's grand chamberlain, who was also killed during the Rebellion of the Four Empires and was brought Back from the Dead as a Minion.

A mysterious cloaked figure who kidnapped Leazetta, using her as a bargaining chip to force Iskahn, her father, to execute Kirito and send his head back to the Human Empire in hopes of re-instigating war between to two realms. Later revealed to be Emperor Hozaika Eastaverieth, who was killed by Nergius and Entokia but somehow brought back as a Minion.