This page details tropes for Asuna from Sword Art Online. 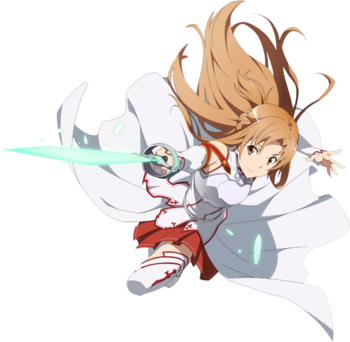 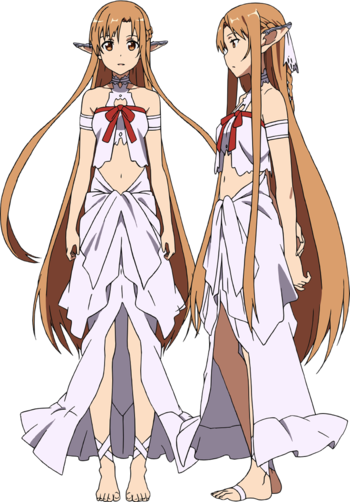 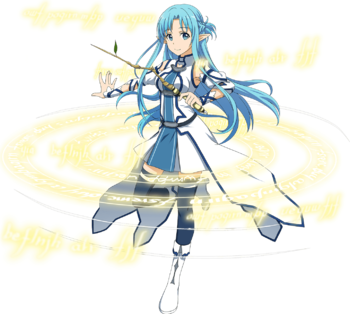 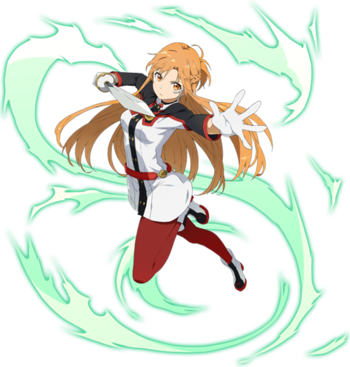 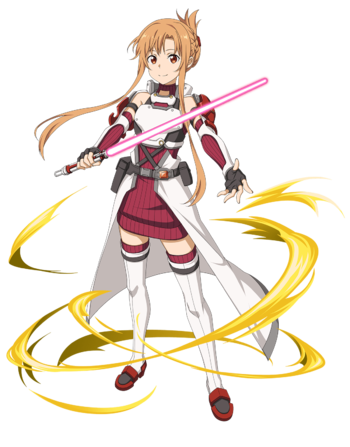 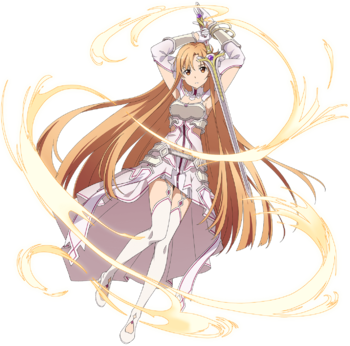 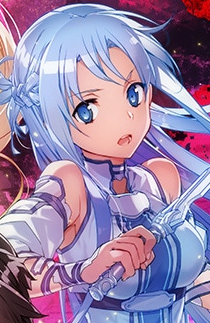 "I don't want to lock myself in a room at the Town of Beginnings and slowly rot away. I'd rather stay the way I am until the last moment. Even if a monster beats me and I die... I won't lose to this game nor this world, no matter what."
Advertisement:

The female lead and general Deuteragonist of the series as a whole as well as the central protagonist of Mother's Rosario. In SAO, she is the sub-leader of the frontline guild "Knights of Blood." Her speed and proficiency with a rapier is so advanced that she has earned the moniker of "The Lightning Flash". She would grow to fall in love with Kirito, where the two would marry in-game while dating in real life.

Following the clearing of SAO, Asuna became trapped in Alfheim Online by her corrupt fiancée, Nobuyuki Sugou, as Titania the Queen of the Fairies. Upon being rescued by Kirito and returning to the real world, Asuna decides to continue playing ALO with her friends but this time as a proper player with a new avatar.

After Kirito gets trapped in the Underworld, Asuna tracks down the Rath headquarters and eventually dives in herself using the super account, Stacia the Goddess of Creation.