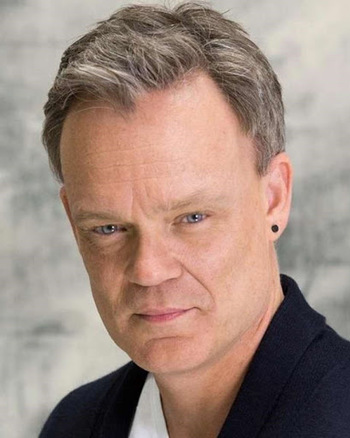 Joel Tobeck (born 2 June 1971 in Auckland, New Zealand) is an actor known for his roles in the television series Tangle, The Doctor Blake Mysteries, Xena: Warrior Princess, Hercules: The Legendary Journeys, Young Hercules, and Sons of Anarchy. In 2016 Tobeck began performing as the demon Baal on the show Ash vs. Evil Dead.

Tobeck lives in Cambridge with his partner Yvette, with whom he has three children. He is the grandson of former Labour Party minister Phil Holloway.