Real world names are in western naming order. Followed by their online name and worlds they played in.note If only the online name is known, then display as normal.
open/close all folders

A four member squad comprised of the main quartet. Initially on separate squads, they form this team by the Third Squad Jam.
Karen Kohiruimaki / LLENN 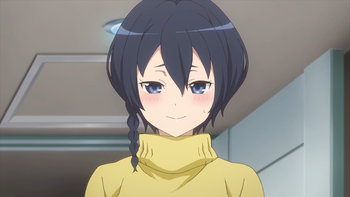 The protagonist of the spin-off series, Sword Art Online Alternative — Gun Gale Online. Kohiruimaki Karen is an 183cm/6'0" tall young woman who has developed a complex as she is often teased for her above average height. She decides to take up VR gaming where she could be someone else, someone shorter and cuter, hence LLENN was born. 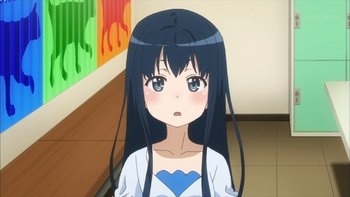 Pitohui is a mysterious woman and one of the few female players in GGO, who becomes fast friends with LLENN. One day, she asks the protagonist to participate in team battle royale tournament known as "Squad Jam", kickstarting the light novel's plot. In real life, she is Elsa Kanzaki, an upcoming singer and Karen’s idol. 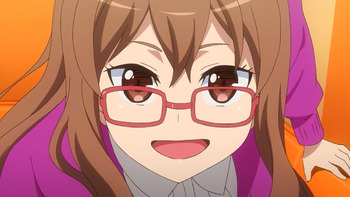 Karen/LLENN's friend in real life who introduced her to VRMORRPGs. Usually an ALO player, she converts over to GGO to partake in Squad Jam 2 with LLENN. 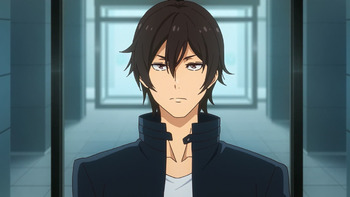 LLENN's first reluctant squad member who Pitohui brings in as a replacement for herself. He's also the manager of famous idol, Elsa Kanzaki. 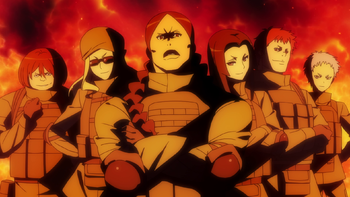 A squadron composed entirely of female players and LLENN's final opponents in the first Squad Jam. They also turn out to be the rhythmic gymnastics team that Karen frequently runs into during real life. Their choice of weapons involve Soviet/Russian-made weapons since they're one of the cheapest small arms in GGO.
Saki Nitobe / Eva / "Boss"

Voiced by: Ayaka Asai (Japanese), Cindy Robinson (English)
The team leader of both Team SHINC and their real life rhythmic gymnastics class. She uses a VSS Vintorez as her primary weapon.

One of Team SHINC's two machine gunners, who uses a PKM GPMG.

The primary sniper of Team SHINC. She uses a SVD Dragunov with wooden furniture.

The secondary sniper of Team SHINC. She uses a SVD Dragunov with black synthetic furniture.

A white-haired member of Team SHINC. She uses a PP-19 Bizon 2.

The other one of Team SHINC's two machine gunners, who also uses a PKM GPMG.

Clarence and Shirley
A pair of GGO players who, after fighting and scoring a Mutual Kill in the 3rd Squad Jam, became a PKing Action Duo.

A IRL nature guide and deer hunter who started GGO as a way to practice her sniping under the suggestion of a co-worker. She's reluctantly dragged into taking part in the second Squad Jam with a team comprising of her fellow IRL hunters, but becomes a massive Blood Knight after shooting Pito in an attempt to avenge her team.

A participant introduced in Squad Jam 2 as part of an alliance of teams that tries to ambush LLENN. She forms a partnership with Shirley after they have a duel to the death in SJ3.

Voiced By: Junji Majima (Japanese), Greg Chun (English)
The Leader of MMTM, who knew Pitohui in the early days of GGO.

Voiced By: Ryokan Koyanagi (Japanese), Andrew Russell (English)
One of the team's assault rifle users, who's notable for his exotic appearance.

Voiced By: Aoi Ichikawa (Japanese), Mark Whitten (English)
One of the team's assault rifle users, as well as the fastest and most headstrong.

Voiced By: Itaru Yamamoto (Japanese), Christopher Bevins (English)
Memento Mori's newest member.
Team Narrows
A group of combat professionals using the first Squad Jam tournament as a training exercise.
Team KKHC
A team that debuted in Squad Jam 2. They are made up of a group of hunters from Hokkaido. Due to Japan's strict anti-gun laws, they are among the few regular players in the Japanese server who have extensive experience with rifles in real life.note Becoming a legal rifle owner in Japan first requires prior ownership of a shotgun for a minimum of ten years. See here

for an explanation of the long, pricy, and tedious process of becoming a gun owner in Japan and it becomes clear why rifles like these

are so rare and expensive.

A group of roleplayers who act like soldiers from different wars flung into the post-apocalyptic world of GGO.

Team RGB
A team of energy weapon lovers who compete in Squad Jam 2 & 3. Their name stands for Ray Gun Boys.
Team TOMS
A team of Fragile Speedsters who take part in the third Squad Jam.

The fastest member of the team.
Team DOOM

A new team in Squad Jam 4. Their main tactic is using suicide bombings.

A female NPC character who helps players get oriented to Gun Gale Online... by acting like a Drill Sergeant Nasty. 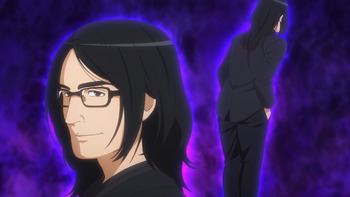 A frequent Squad Jam participant as part of Team ZATnote an abbreviation of "Zangiri Atama no Tama", which in English means "Close-Cropped Companions" who's an IRL video maker who records his participations to upload later.

Test Play Team (Unmarked Spoilers)
A team consisting of advanced NPC soldiers created and being tested by Zaskar. Or so it seems.

A bearded soldier later revealed to the The Leader of the Squadron.
Fire Nishiyamada

A man Karen meets while accompanying her father to a party.