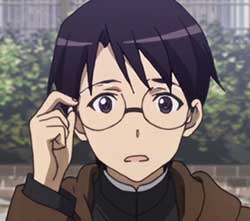 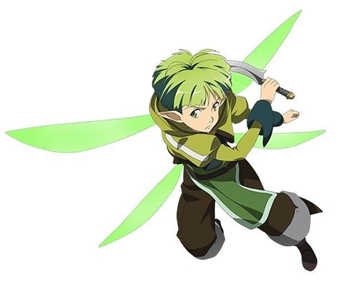 Suguha's real-life friend and classmate who introduced her to ALO. 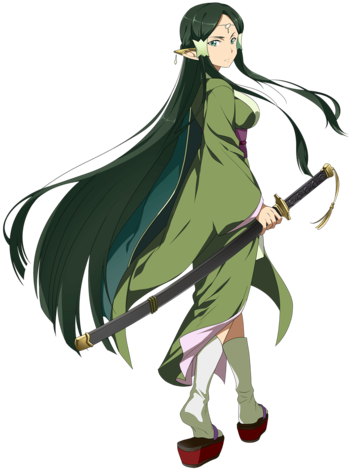 Guild Leader of the Sylphs in ALO.
Alicia Rue 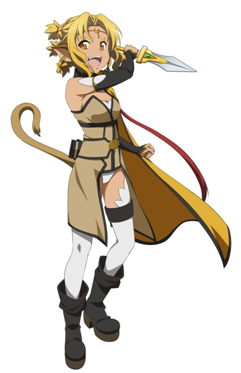 Guild Leader of the Cat Siths in ALO.
Sigurd 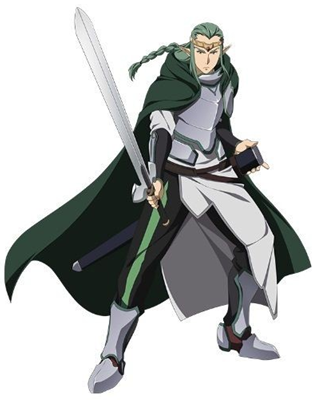 A prominent member of the Sylphs, who's also a traitor.
Advertisement:
Eugene 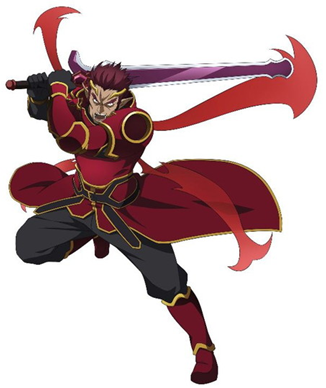 A powerful warrior among the Salamanders, and the brother of their leader, Mortimer.
Mortimer

The leader of the Salamanders, and Eugene's older brother.
Kagemune

The leader of a Salamnder Sylph hunting party, who's attacks Leafa's party when first logs into ALO.
Gtacs

The Leader of a mage unit that's sent to kill Kirito and Leafa under Sigurd's orders.
Friscoll
A Mook Mage in Gtac's squad.

A giant squid creature that disguises itself as an old man to trick players into stealing a pearl-shaped egg for him.
Leviathan the Sea Lord

A jotunn guarding over the egg Kraken is attempting to steal.
Hraesvelg the Sky Lord

A jotunn with dominion over the sky chamber, and a friend of Leviathan.

An NPC who is based on the Norse God.
Thor / Freyja

An NPC companion who shows up in the Excalibur quest. Initially appeared to be the goddess Freyja before being revealed to be a disguised Thor.
Thrym

The King of the Frost Giants and the Arc Villain of the Excalibur Quest.

In General
A guild led by Yuuki who aim to beat a boss in ALO and earn their place in the highscores.
Yuuki Konno / Yuuki 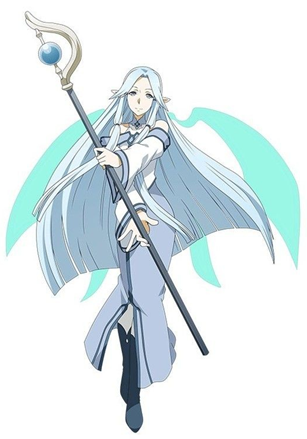 The second-in-command of the Sleeping Knights and their primary healer.
Jun

One of the Sleeping Knight's tanks, and the youngest member.
Tecchi

One of the Sleeping Knight's tanks.
Talken

One of the Sleeping Knight's damage dealers.
Nori

One of the Sleeping Knight's damage dealers.
Aiko Konno / Ran

A friend of the Konno sisters, a founding member of the Sleeping Knights, and an SAO beta tester who was unable to participate in the final game due to a brain tumor, which eventually led to her death.
Clovis

General
A well-known frontline guild that dedicate themselves to defeating Floor Bosses.
Gnome Raid Leader
One of the guild's commanders, and the one who deals with the Sleeping Knights when they request another run at the boss.
Salamander Raid Leader
Another Raid leader of the Boss Clearing Guild, whose group Kirito and Klein holds off.

Salamander Commander
A nameless Commander in the Salamander Army, making him second only to Eugene and Mortimer. 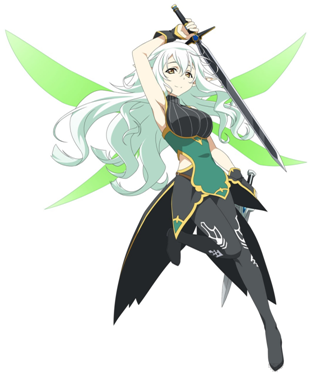 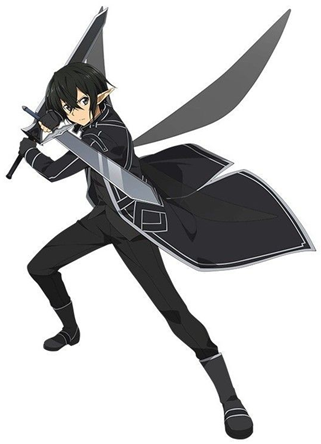 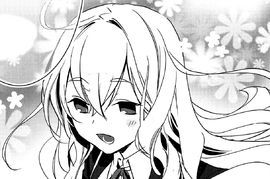 A young girl and SAO survivor that Silica, Lisbeth, and Leafa first meet in New Aincrad and main character of the Girls Ops spinoff manga. Silica and Co. first meet her in the midst of the quest Angel's Whisper Rings.

She also appears as a DLC playable character in Lost Song, where she is voiced by Chinatsu Akasaki.

A former SAO Survivor who maxed out her Sewing Skill in the Death Game and repeated this feat in ALO.
Garnet

A new player to ALO who constantly finds herself getting tricked by her more experienced friends.

A group of PKers led by Gwen that have been harassing caravans and newbie players in Sylph territory recently.

An ex-friend of Lux's and the first official antagonist of the Girls' Ops Manga.

A Leprechaun guild that specializes in dealing in item recipes. In reality, they're a group of Con Artists who monopolize any in-game resource they can.

The Leader of the Elves and Shoemakers Guild.

A Cait Sith member of the Elves and Shoemakers Guild who's planning on betraying them.

The quest NPC for the Angel's Whisper quest.

A Quest Giver who appears during the Swimsuit Contest in Girls Ops Volume 2, taking the form of a little girl who got separated from her sister.

The deceased souls of brave norse warriors that are summoned in Ragnarok. In reality, they're all NPCs based on SAO Character Data, including those of Kirito and Rossa, that are falsely summoned to attack Jotunheim.

An NPC clone of Kirito who leads the Einherjar.