This page details the characters first introduced playing in the international MMO known as Gun Gale Online (GGO for short). 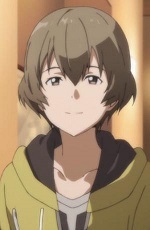 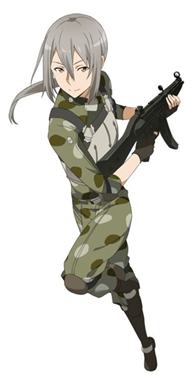 Shino's best friend, and the one who introduced her to Gun Gale Online. His avatar in GGO is "Spiegel", a Min-Maxed AGI build.

For Richter his gameverse counterpart see this page. 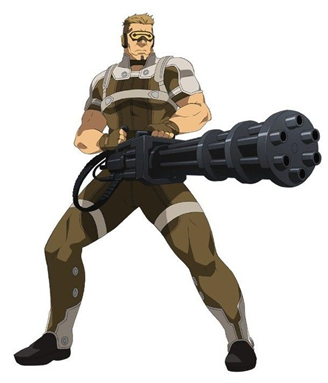 A particularly well known mercenary player, Behemoth is a largely built man and a highly capable player who offers his services at a price to join other players squadrons as a bodyguard, typically the more lightly armed Mob Hunting squads to defend them from player killer squads . He's devoted most of his attributes to his strength score, carrying a massive Gatling gun.

"Death Gun"
The main antagonist of the Phantom Bullet arc, the "Death Gun" is a mysterious gunman said to be able to kill a player's avatar as well as the player in the real world. For more information on this character, see this page.
Yamikaze 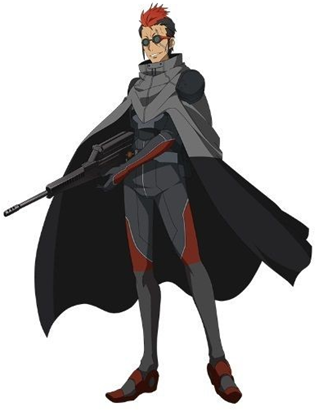 One of the top contestants in the third Bullet of Bullets tournament, Yamikaze scored second in the previous BoB, right behind XeXeeD. 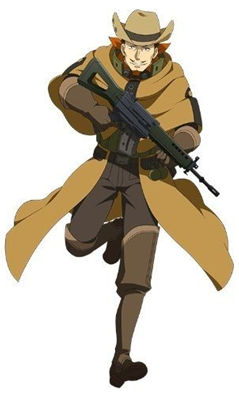 The leader of Sinon's team, which is a PvP-oriented squad that targets low-risk opponents, usually monster-hunting parties. He also ends up participating in the Bullet of Bullets tournament.

An assault rifle user named after the Stinger Missile.
Shishigane

A BoB Participant known for finding a high point and shooting at anyone who comes by.
Kakouton

A skilled Assault Rifle user who dresses like a Chinese general.
Musketeer X 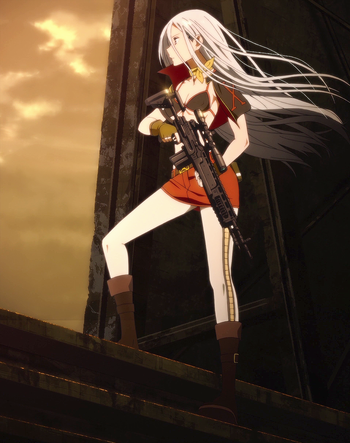 A female GGO player and contestant in the third Bullet of Bullets who made it to the finals. Like Pale Rider, she was a possible Death Gun suspect due to being new to the BoB and her name, but is proven not to be due to her gender.

The winner of the second Bullet of Bullets tournament, XeXeeD was showcased in an interview when Death Gun suddenly appeared and shot his avatar, after which the former would mysteriously disconnect and be found dead in the real world, kickstarting the plot of Phantom Bullet arc.

Another of Death Gun's Victims, The Leader of one of GGO's largest squadrons.
Pale Rider

A newer participant in the Bullet of Bullets tournament, which initially made him a Death Gun suspect. Uses an agility based Shotgun build with high acrobatic skill, give him superb mobility.

A victim during the BoB, whose death is revealed after the tournament ends.