Characters / Is It Wrong to Try to Pick Up Girls in a Dungeon?  Other Familia

Is It Wrong to Try to Pick Up Girls in a Dungeon? Character Index
Hestia Familia | Loki Familia | Other Familia | Evilus | Orario | Other Characters | Memoria Freese
open/close all folders

The God of the Soma Familia.

A reclusive shrouded in mystery, Soma is rarely ever seen out in the world, and instead, spends his time solely to his hobby of wine brewing. Said hobby resulted in a failed product that was found to be highly addictive to adventurers, and caused numerous people to join his family out of necessity for the drink.
Chandra Ihit

A dwarf and the second captain of the Soma Familia.
Zanis Lustra

The first captain of the Soma Familia. 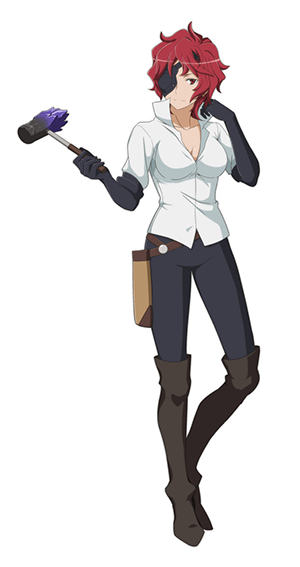 The Goddess of the Hephaestus Familia.

Hephaestus runs a familia of blacksmiths who create armor and weapons for adventurers. She is also a dear friend of Hestia, and personally creates a dagger for her friend's first familia member in order to help with Bell's growth.
Tsubaki Collbrande 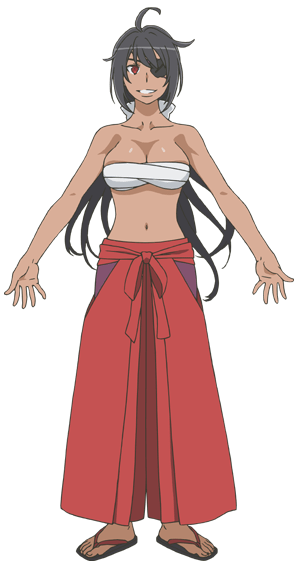 A Level 5 Adventurer and the Head of Hephaestus Familia.

The Goddess of the Freya Familia.

Known as the Goddess of Beauty, Freya loves to tease her fellow gods, and searches out adventurers with the greatest potential to join her...even if they are already a part of another god's familia. Freya eventually catches a glimpse of Bell, and sets her eyes on him to watch over his growth in order to one day make Bell a part of her familia.
Ottar

A Boaz (Half-Pig beastman) of the Freya Familia.

As a loyal adventurer to Freya, Ottar subjugates a minotaur (a different one from the minotaur Ais kills in the introduction), and sends it after Bell for training.
Allen Fromel
Voiced by: Taku Yashiro (JP), Kyle Jones (EN)

The vice captain of the Freya Familia.
Helun

A female member of Freya Familia.

The God of the Miach Familia.

Miach is a close friend of Bell and Hestia, and provides a potion shop for adventurers.
Naza Ersuisu 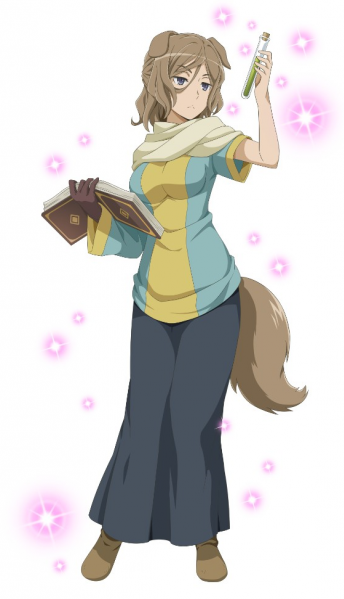 The captain of Miach Familia. She sells potions.
Cassandra Illion 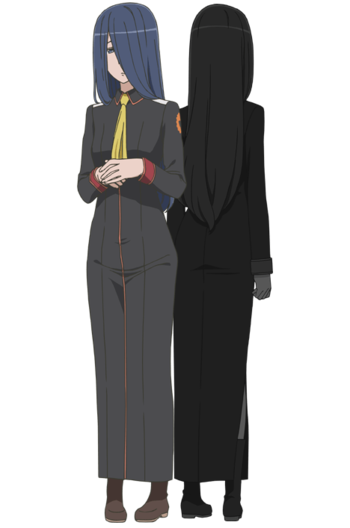 A healer originally from the Apollo familia but joins the Miach familia after Apollo's banishment.
Daphne Lauros 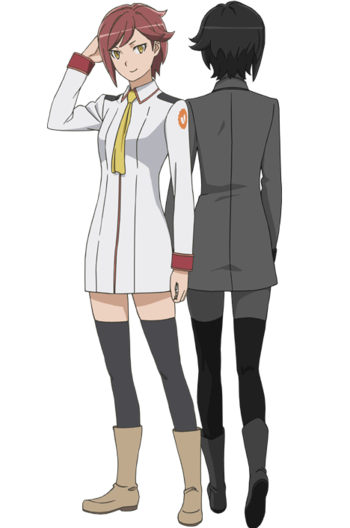 A spellcaster originally from the Apollo familia but joins the Miach familia after Apollo's banishment.

The god of the Takemikazuchi Familia.
Kashima Ouka 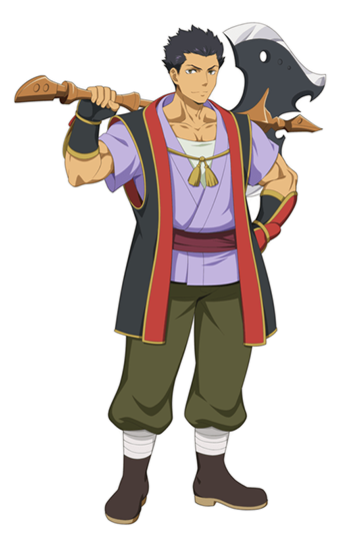 The Supporter of Takemikazuchi Familia. 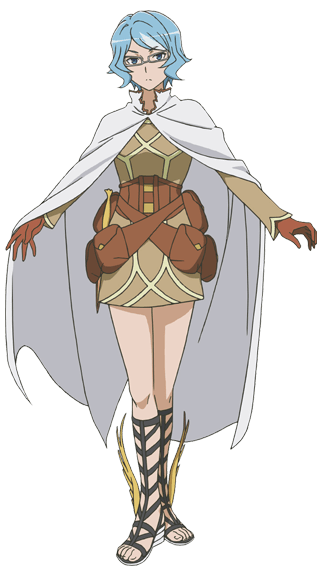 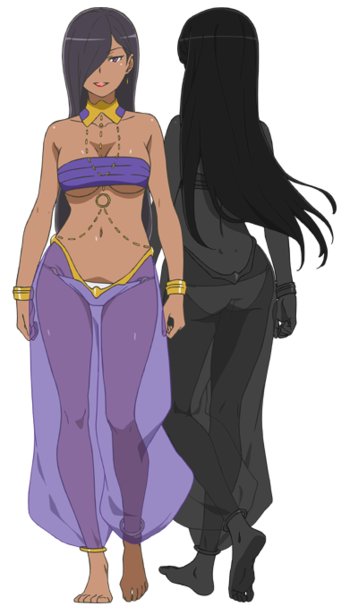 Formerly a member of Ishtar's familia before later joining the Hermes familia. Aisha is an amazon who is equally passionate in battle and in bed, taking special interest in Bell.
Lulune Louie

A chienthrope girl of the Hermes Familia.
Meryl Tear

A prum spellcaster of the Hermes Familia. 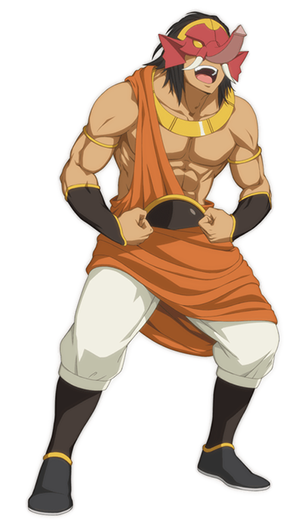 The God of the Ganesha Familia.

Known as the God of the Masses, Ganesha is a very exuberant persona, and provides excitement for the people such as the God's Banquet, and the Monster Festival.
Shakti Varna

Voiced by: Yo Taichi (JP)

The captain of the Ganesha Familia. 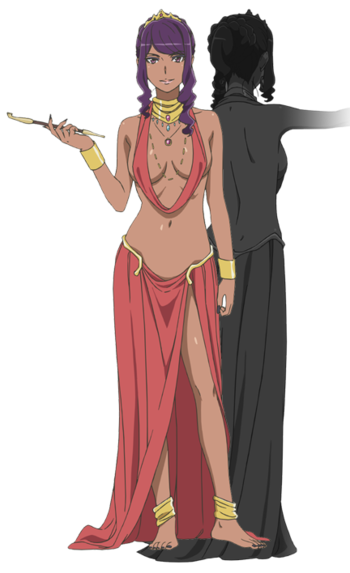 The Goddess of the Ishtar Familia.
Phryne Jamil 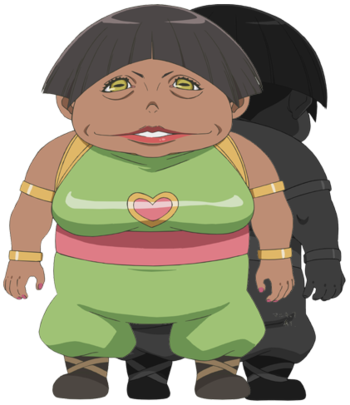 As I thought, you're delicious!
Voiced by: Kimiko Saito (JP), Vicky Barosh (EN)

A member of the Ishtar Familia. Being Level 5, she's amongst the most powerful characters in the setting.
Samira

One of Ishtar's Amazonesses.
Lena Tally 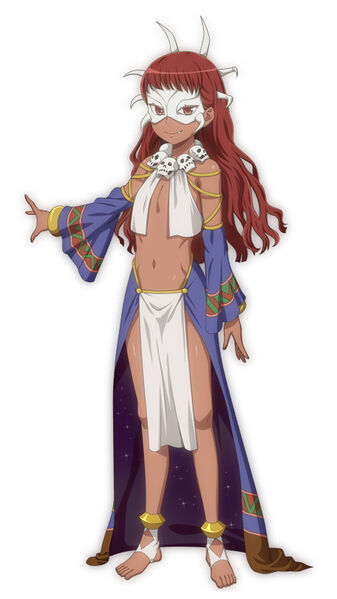 Kali is the goddess of the Kali familia. She owns an island full of Amazons. 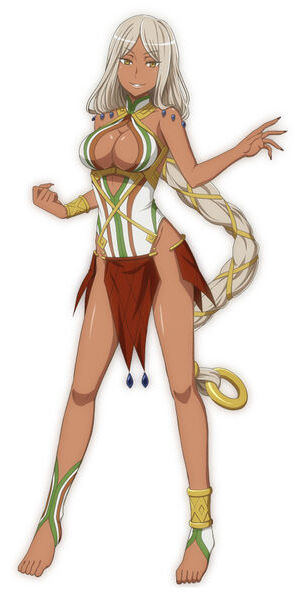 One of the captains of the Kali familia.

Voiced by: Yo Taichi (JP)

The other captain of the Kali familia and younger sister of Argana. 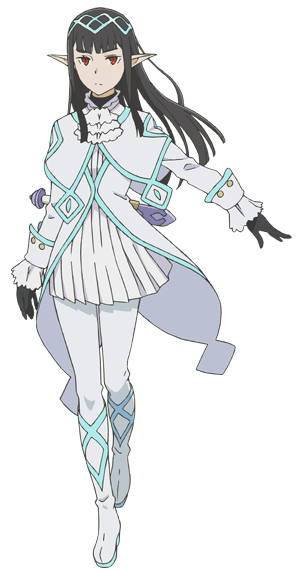 An aloof elf child of the Dionysus Familia and a Captain. 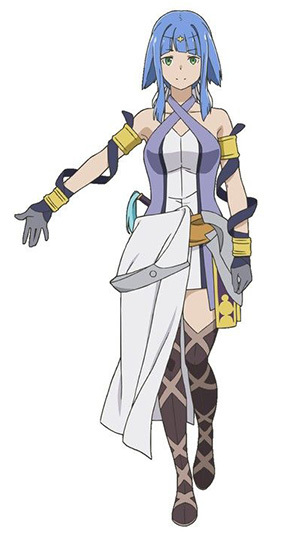 The virginal goddess of the moon, purity, and the hunt and the head of the familia bearing her name. She comes to Orario to recruit Bell for a quest to help slay the monster Antares.
Rethusa 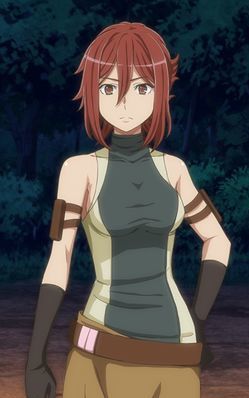 The captain of the Artemis Familia.

A half-elf of the Artemis Familia. She tried to convince Artemis to go against her vow of chastity and try falling in love. 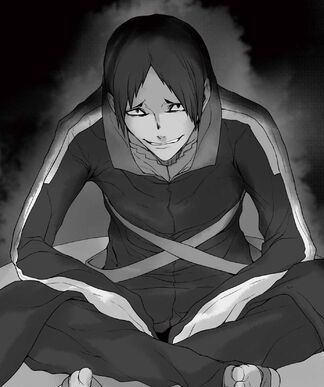 The God of the Ikelos Familia.
Dix Perdix 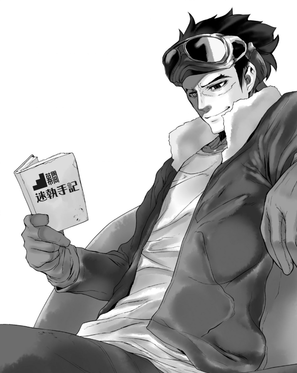 A first-class adventurer who disregards his familia's god and acts as his desires go.
Gran

A large swordsman who follows Dix. 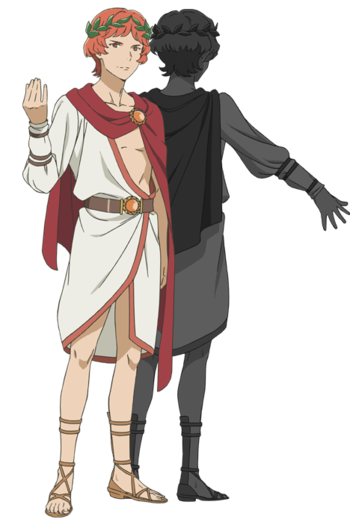 The God of the Apollo Familia.
Hyacinth Clio 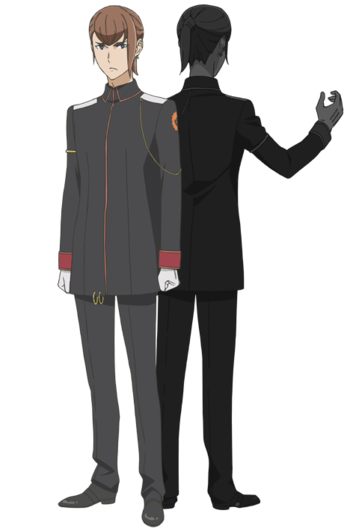 The Prum that provokes Bell in a bar, starting the fight between Hestia familia and Apollo familia.