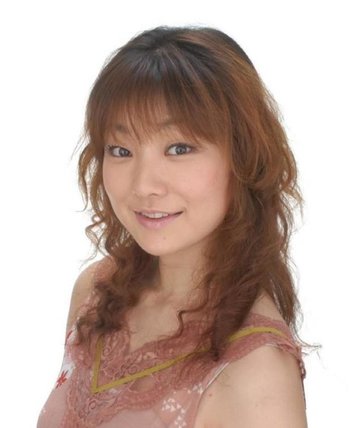 A newer voice actress with a slow, but steady rise in fame, Akeno Watanabe (born November 18, 1982 in Chiba Prefecture, Japan) is known for her rather husky voice, but she is capable of turning it into a level suitable for cute little boys or desperate young girls. She's a gamer and a fan of both of the Tales Series and Super Robot Wars (somehow turning into an Promoted Fangirl when she got the roles of Mao and Ibis Douglas). To further the joke, the producers of Code Geass must have taken notice of her liking for Super Robot Wars, and placed her in the role of someone who has the same name as one of the Super Robot Wars: Original Generation's characters (Villetta Vadim).

She is also a self-proclaimed Bokukko, and that's a factor in her roles.

Not related to Ken Watanabe.