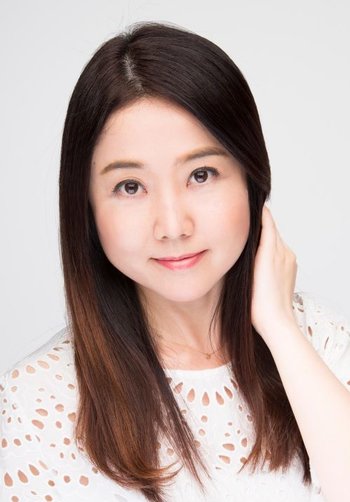 Akemi Kanda is a seiyu and singer from Nagoya. She had relationships in singing with the likes of Mariko Kouda, Tomoko Kaneda, Ryoko Shiraishi, Yui Horie, Chiaki Takahashi, and others.

She is one of the voice actresses in the Negima anime [Asuna Kagurazaka], therefore, due to the Loads and Loads of Characters nature of this anime, it is usual if she plays with another seiyu who had a roles in Negima.

Everyday's great at your TV Tropes!