DC Extended Universe Character Index
Superheroes
Justice League (Superman, Batman, Wonder Woman, Aquaman, The Flash, Cyborg) | Shazam | Other Superheroes
Individuals who have been gifted with the powers of Shazam (the wisdom of Solomon, the strength of Hercules, the stamina of Atlas, the power of Zeus, the courage of Achilles and the speed of Mercury).
open/close all folders 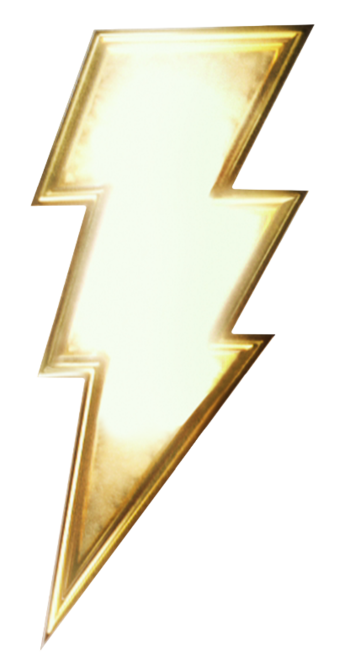 "With your heart, unlock your greatest power. The thrones of our brothers and sisters await!"
Advertisement:

SHAZAM is the title given to the mightiest of mortals, chosen by a council of wizards and blessed with the abilities of both Gods and exceptional men throughout mythology to counter the malicious influence of the Seven Deadly Sins. Long ago the council chose a champion who was consumed by vengeance, causing untold destruction that compelled the wizards to seal him away. From then on the council decreed that only the purest of heart would be chosen as champion.

In General
The Rock of Eternity
The home base of the wizards and champions.
Advertisement: 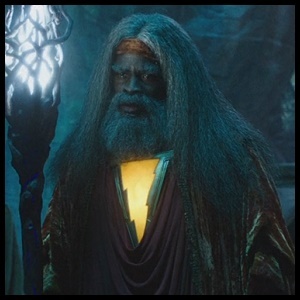 "Say my name so my powers will flow through you!"

"I open my heart to you, Billy Batson. And in so doing, choose you as champion."

A powerful wizard living in the Rock of Eternity. He has guarded the imprisoned Seven Deadly Sins for centuries, and needs a worthy young successor as his magic grows weak due to his age. He eventually passes his abilities onto Billy Batson, with the latter just having to say his name to gain superpowers.

The Council of Wizards

The Council of Wizards 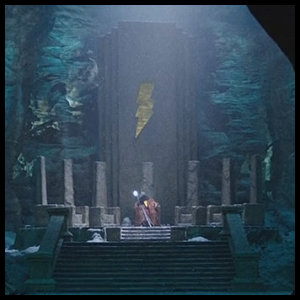 "My brothers and sisters were slain by the Sins. Their thrones lie empty."

"You are standing in the source of all magic. The Rock of Eternity. Seven thrones of seven wizards."

A council of seven wizards that Shazam was part of. By the 20th century, he is the only one left. 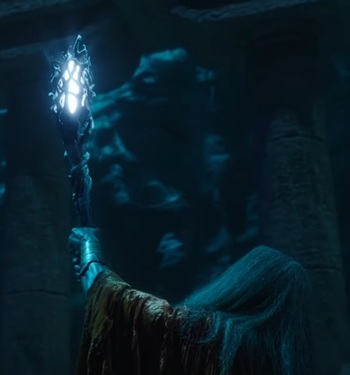 "Lay your hands on my staff."

"With this, all of my powers will become yours. But first, you must prove that you're pure of heart."

The source of the Champion's power. 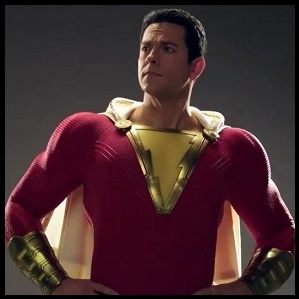 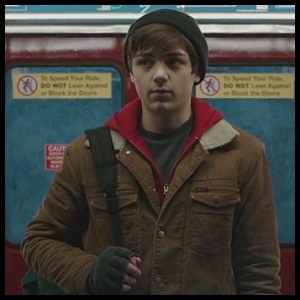 "I can take care of myself."

Billy: And that's why you don't mess with electricity!
Freddy: Catchphrases obviously aren't one of your superpowers.

Billy Batson is a teenage boy who grew up without his biological parents and constantly ran away from foster homes in search of his mother.

After being chosen as champion and empowered by the Wizard Shazam, he can turn into an adult superhero with a versatile skillset just by saying the word "Shazam". 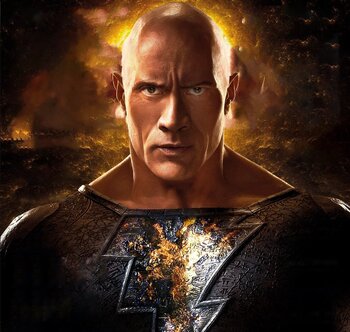 "Kahndaq needed a hero... instead they got me."

"I was a slave until I died. Then I was reborn a god. My son sacrificed his life to save me. Now, I kneel before no one."

A slave from the ancient civilization of Kahndaq. Abused by the corrupt powers that be, he was chosen as Champion by the Council of Wizards. But unlike Billy Batson, he proceeded to abuse his powers for vengeance and personal gain, leading the Council to banish him from Earth and raise their standards for future Champions. When Adrianna Tomaz investigated his tomb in the 21st Century, she would reawaken Black Adam. 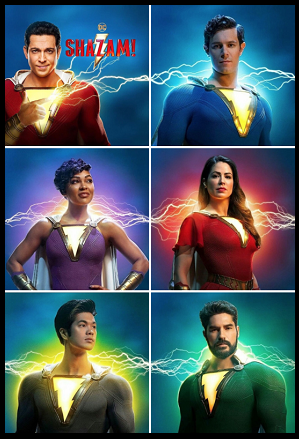 "What good's power if you got nobody to share it with?"

When forced by Dr. Sivana to surrender his powers with the Wizard's staff, Billy Batson/Shazam finds out he can instead use it to share his powers with his foster brothers and sisters, and turns them all into adult superheroes just like him, which allows them to battle Sivana and the Seven Deadly Sins on more even ground.

For tropes applying to individual characters and their normal personas, see Philadelphia - Vasquez foster family.
Billy: I've seen all of the Fast & Furious movies, lady. It's all...about...FAMILY! (beat) Family?! Guys, that was the signal! 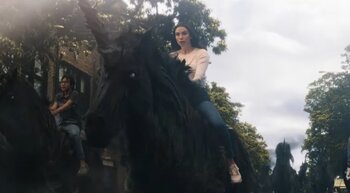 Appearances: SHAZAM! Fury of the Gods