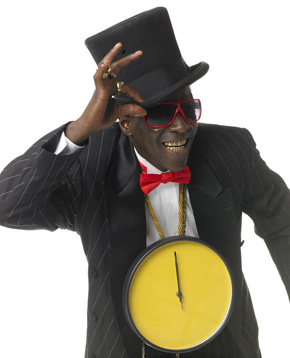 An accessory which characters never actually use, but which is noticeable enough that they must consciously choose to wear it.

For example, a Discredited Trope from The Dark Age of Comic Books was superhero costumes featuring a large number of pouch-covered belts and harnesses - which never actually seemed to be used, since most of these heroes relied on their powers rather than on gadgets.

This is a Super-Trope to the following tropes:

Compare with Chekov's Gun (not to be confused with Chekhov's Gun). Also related to Cosmetic Award and Badass Bandolier. A Set Bonus can make such an item a subversion.

Before adding examples, please make make sure that they don't fit in a Sub trope.