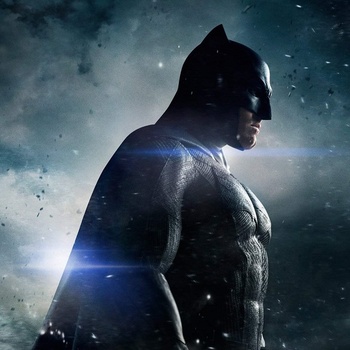 "I don't care how many demons he's fought in how many hells. He's never fought us. Not us united."
Click here to see Bruce Wayne 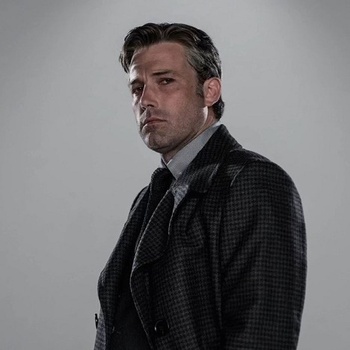 "Maybe it's the Gotham City in me. We just have a bad history with freaks dressed like clowns."

, The Flash: The Fastest Man Alive

"Twenty years in Gotham, Alfred. We've seen what promises are worth. How many good guys are left? How many stayed that way?"

Bruce Wayne is a multi-billionaire by day, and secretly the Batman - a costumed crime-fighting vigilante - by night. After witnessing the murder of his parents Thomas and Martha Wayne as a child, he vowed to cleanse the streets in Gotham City of corruption and misdeed, and became heavily seasoned as an expert crime fighter and detective.

Further personal tragedies made him increasingly cynical, violent and reckless in his crime fighting, however. The reveal of Superman to the world changed him completely in this regard, for the worst at first following the cataclysmic battle of Metropolis, then for the best when he saw who the Man of Steel really was.

There was no bigger sign of change in him than his decision to form and lead the Justice League to protect mankind against a new invasion from Apokolips in the absence of Superman, motivated by the latter's selfless sacrifice. 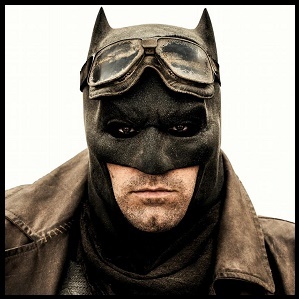 "I've been dead inside a long time."

"You know, it's funny that you would talk about the people who died in my arms, because when I held Harley Quinn and she was bleeding and dying, she begged me with her last breath that when I killed you - and make no mistake, I will fucking kill you - that I'd do it slow. I'm gonna honor that promise."

In the nightmarish alternate future Bruce witnesses in his dreams, he has become the leader of the Insurgency, a human resistance group fighting against Superman's Reign of Terror and Darkseid. He also found himself having to team up with some of his most notorious foes that survived the apocalypse. 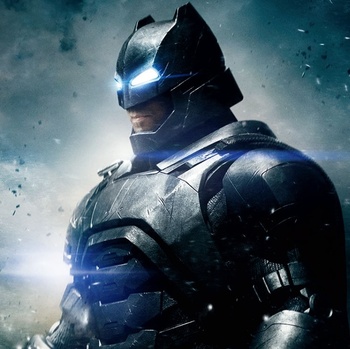 A suit of armor specifically designed and built to fight Superman. 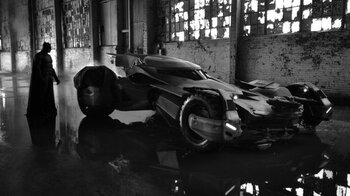 Batman's signature vehicle. He uses it to patrol Gotham City, its sinister design and bombastic presence adding to his terrifying image. 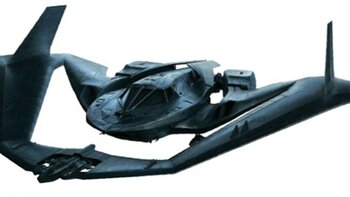 Batman's primary aircraft. Like the Batmoble, he uses it to patrol Gotham City, though the Batwing gives him added speed.

Batman's subterranean mode of transport. It has treads for traversing unsteady terrain, as well as mechanical legs for climbing walls. 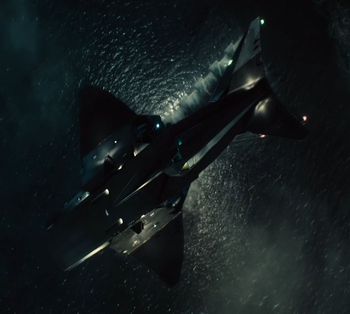 "The greatest minds at Wayne Aerospace couldn't get this thing to fly."

The mode of transport for the Justice League when they launch an attack on Steppenwolf's base of operations.

Clark is clearly using kid gloves in his fight with Bruce, since he doesn't want to fight.

Clark is clearly using kid gloves in his fight with Bruce, since he doesn't want to fight.