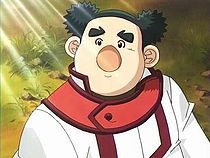 Jaden's and Syrus' roommate in Season 1 before graduating and leaving to work at Industrial Illusions.

He uses an DUD (Deck from Down Under) deck, mostly consisting of koalas and other Australian themed monsters. 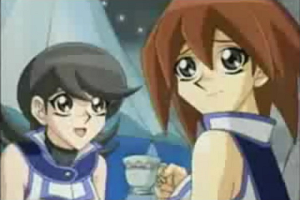 Alexis' friends, who mostly function as comic relief and Those Two Girls in the series. Unlike Alexis, they're not very good at dueling. In the second season, they are two of the few Obelisk Blue students who aren't recruited for the Society of Light. 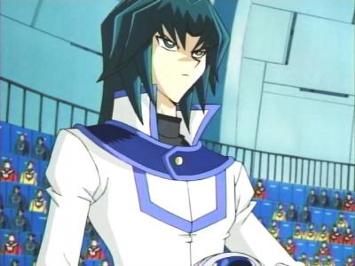 Zane Truesdale, Syrus's Aloof Big Brother, known almost exclusively as "Kaiser" to his fellow students (only in the original). In Season 1, he is the top duelist at the Academy and prides himself on dueling with respect and honor. Also the first duelist to defeat Jaden, and the only Academy student to pull it off.

After losing a duel to Aster Phoenix near the beginning of Season 2, he experiences a painful losing streak that culminates in a serious breakdown. At his lowest point, a recruiter for Underground dueling approaches him and lures him into a brutal cage match, which breaks his mind and warps him into a vicious Blood Knight who values nothing but victory, no matter the cost. It escalates to the point that when Syrus challenges him to a duel, Zane mocks his brother for still believing in respect and puts him in the hospital by using Underground shock collars.

The third season displays him in a different contrast, trying to find a perfect duel before the heart condition resulting from Underground dueling kills him. After he achieves that goal but somehow survives, he watches Syrus duel with his old cards and becomes inspired to surpass his brother and himself once again.

His first deck is built around the Cyber Dragons and their fusions, with support cards based on Chinese mythology. After he snaps in Season 2, he acquires the Cyberdark cards from his old master and builds his strategy around them for his next two duels. In Season 3, the Cyberdark monsters remain in his deck but take a back seat to the Cyber Dragons, with Cyber End Dragon returning to its status as his ace.

Tropes split by season due to dramatically different characterization.

Tropes exclusive to him in the Shadow Riders arc:

Tropes exclusive to him in the Society of Light arc: 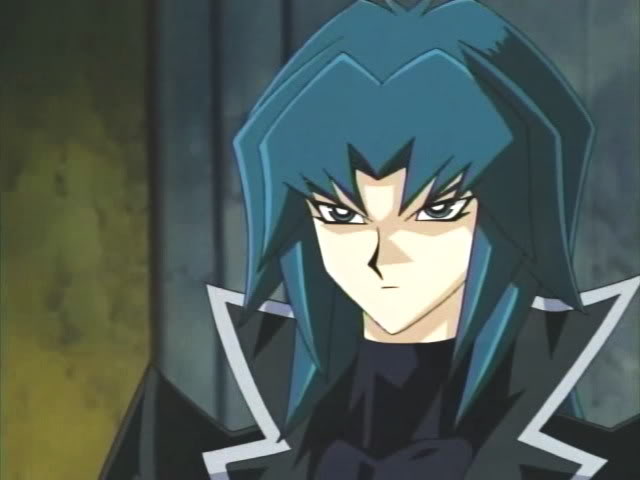 Tropes exclusive to him in the Dimension World arc: 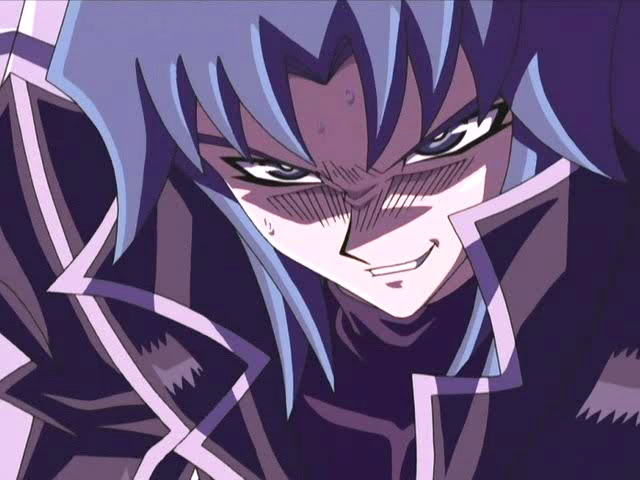 . While a large part of his fight against Yubel is to go out in a blaze of glory, the smile on his face when he thinks about saving the kid is downright fond.

Tropes exclusive to him in the Darkness arc: 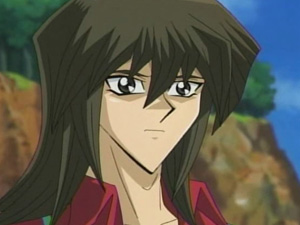 Alexis's older brother and Zane's best friend. He is missing for the first half of Season 1 and brings back a dangerous mystery that is not fully understood until Season 4.

At times, he duels using the deck put together by Darkness/Nightshroud, a dragon deck based around Red-Eyes Black Dragon and Red-Eyes Darkness Dragon. His personal deck is a beast-warrior deck with a pop music theme. 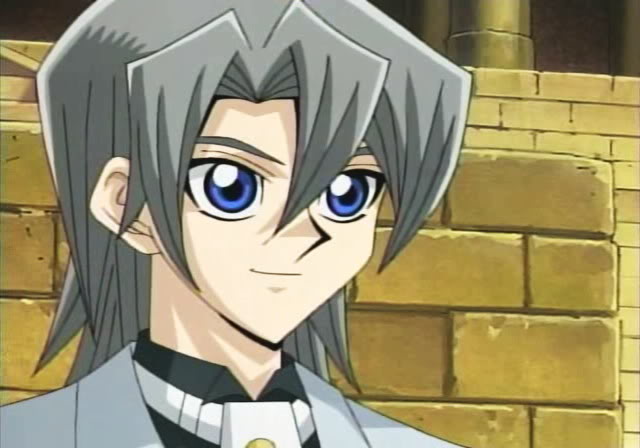 Jaden's new rival in Season 2. By day, he's a Smug Super top duelist in the Pro League and the unfortunate dupe of his manager and best friend Sartorius in recruiting members for the Society of Light cult; by night, he prowls dark alleys dressed up as Duel Monsters, defeating criminals in an attempt to find the man who killed his father. 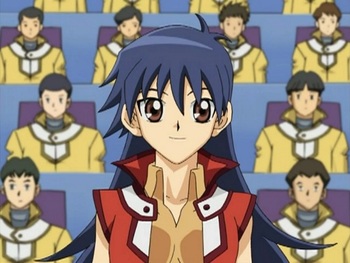 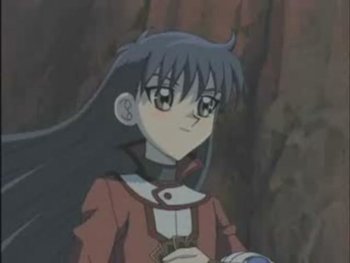 Initially a one-shot character with a crush on Zane, she returns at the end of Season 2 and earns her way into the academy by becoming runner-up in the GeneX Tournament, despite still being too young to enter the academy the normal way. Develops a major crush on Jaden later on.

Her first deck is based around using the anime-only Maiden in Love to take control of her opponent's monsters. In her reappearance, she uses a Mystic deck, making her the first female character since Rebecca Hawkins to not use an all-girl deck. 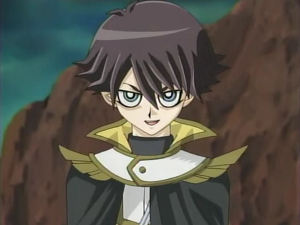 Ra Yellow. A friend of Blair's, who becomes the vessel for the Yubel after Viper's fall. The son of Vice-Principal Bonaparte, he has major self-worth issues. 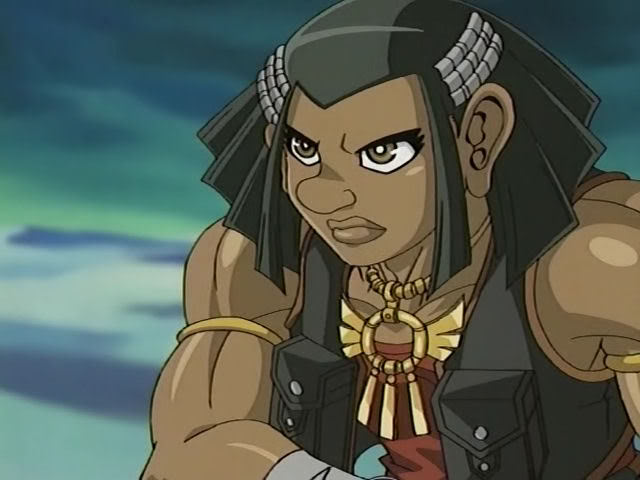 The champion of Duel Academy's west branch, who trains for duels via life-threatening high wire stunts, which he claims aide his drawing skills. Initially a pawn of Viper, he eventually becomes a valued friend to Jaden.

He uses a Volcanic deck, and his duel disc mimics a gun. 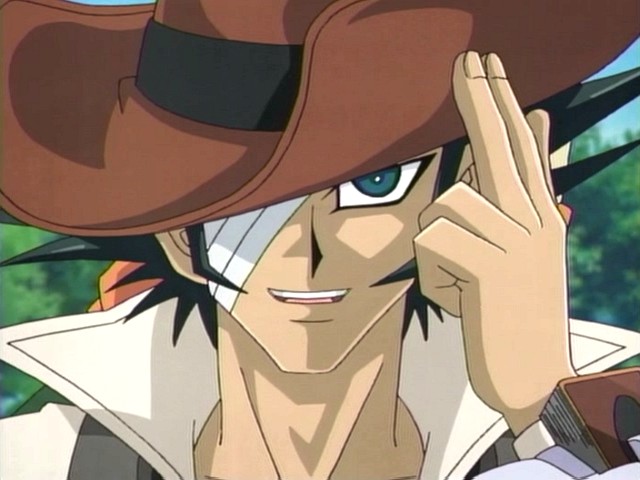 The champion of Duel Academy's south branch, who carries a crocodile on his back in a special backpack. Becomes friends with Jaden and company after dueling Hassleberry, and provides a nice amount of Plucky Comic Relief even in the darkest parts of the series.

He uses a palaeontology-themed deck based on fusing monsters in the Graveyard. 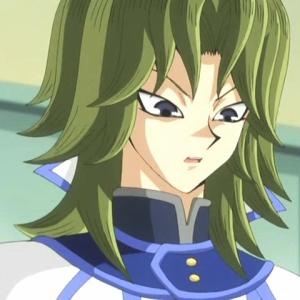 Atticus' and Zane's former best friend, initially thought to be dead. The second host of Darkness. Having lost his parents at a young age, Fujiwara was heavily hurt and saddened yet managed to compose himself a bit thanks to his partner spirit, Honest. However, as he aged and made new friends, in particular Ryo/Zane and Fubuki/Atticus, he grew fearful of the future and of being alone again. These fears led him to studying darkness and shadow games. He returned to his friends severely disillusioned in the concept of bonds and friendship, preferring to drag everyone to rid themselves of their individuality, their strife, and their issues by perpetually running away from them. Thanks to the efforts of Jaden, Jesse, Atticus, and Honest, they were able to defeat Yusuke and bring him back to his senses. He's last seen apologizing to everyone for the troubles he caused, and being Easily Forgiven by Atticus, who states that the alma mater of the school is to accept those who make mistakes and those willing to try again.

Yusuke uses a Clear World deck, crippling enemies based off of whatever elemental monsters they may have on their field, then using Clear monsters (monsters with no attribute) to keep up the pressure and deal damage to the enemy.