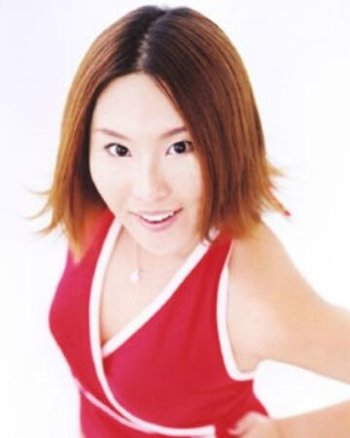 Chieko Higuchi (born January 30, 1981) aka Carrie Candy is most notorious as the slacker Genki Girl Tomo in Azumanga Daioh. Yes, that Tomo.

She was fined by an undercover NYPD officer in a subway station in New York because she fought the poor undercover cop whom Chieko-chan suspected of being a thief. Poor Chieko.