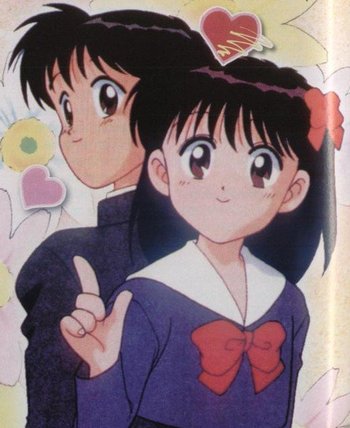 Mizuiro Jidai ("Water-Colored Age") is a Slice of Life Shōjo manga by Yuu Yabuuchi, which was serialized in the magazine Ciao from 1991 to 1994. It was later adapted into a 47-episodes anime that aired from 1996 to 1997 on TV Tokyo.
Advertisement:

It follows the life of a preteen Naïve Everygirl named Yuko Kawai, dealing with the typical problems of the adolescence, her relationship with her friends, and her Unresolved Sexual Tension with her best friend and Boy Next Door Hiroshi.