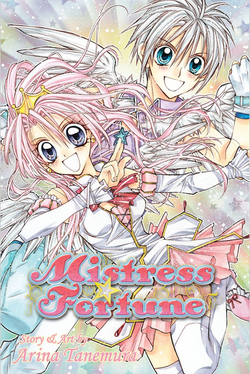 Mistress Fortune (full Japanese title: Zettai Kakusei Tenshi Mistress Fortune) is a one-volume Shoujo manga by Arina Tanemura. It stars 14-year-old Kisaki Tachikawa, a girl with psychic powers, who is in training at an ESP organization and struggles with her unconfessed feelings for partner Giniro.

The manga ran in Ribon from July to September 2008, with its three chapters compiled into a single volume. It is licensed in English by Viz Media.