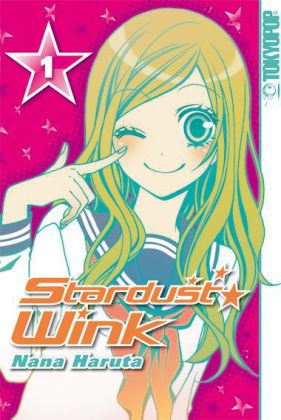 "Leaving me, who can't even see things in front of me, the stars pass by. The two stars that mystify me."
— Anna
Advertisement:

Fourteen year old Anna Koshiro is a middle school student and is childhood friends with the two most popular boys in her school, Sou Nagase and Hinata Tokura. Sounds like paradise, right?

Everyone—including Anna's crush Enomoto—is under the impression that either Sou or Hinata has got to be Anna's boyfriend, and Anna's friends urge her to break away from the trio bond or she will never have a real boyfriend. Anna is reluctant of this, as Sou, Hinata, and Anna have been neighbors and lived in the same apartment complex since they were little, and she feels her relationships with Sou and Hinata are purely platonic, certain that they will always stay childhood friends forever.

...That is, until Sou confesses to her.