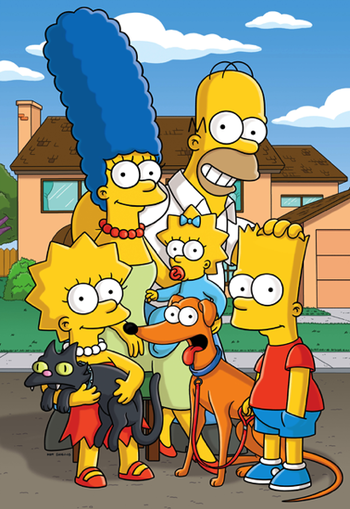 Clockwise from the left: Lisa, Marge, Maggie, Homer, Bart, Santa's Little Helper, Snowball II.
Homer Jay Simpson
The father, the dope, and more or less the main character of the show. Homer is overweight, almost completely bald, and rather selfish, short-tempered and stupid, but is a good person at heart and has a bright outlook on life. Voiced by Dan Castellaneta.
Marjorie Jacqueline "Marge" Simpson (née Bouvier) 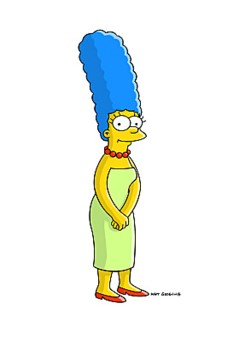 "You're about to learn the two most dangerous words in the English language are 'Marge Simpson'."
Debut: "Good Night"
Debut on The Simpsons: "Simpsons Roasting on an Open Fire"

The mother and typically both The Straight Man and closer to earth, Marge is predominantly a homemaker, but does have her wilder side. Loving and supportive, her devotion to her family may be strained at times but is never broken. Voiced by Julie Kavner. 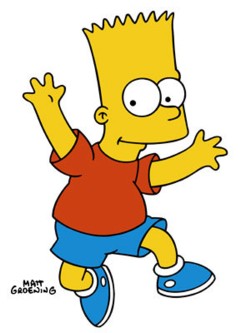 "I didn't do it. Nobody saw me do it. You can't prove anything."
Debut: "Good Night"
Debut on The Simpsons: "Simpsons Roasting on an Open Fire"

The son and original protagonist of the show in its first couple seasons. Though the oldest child of the family, Bart is a self-professed hellion and mischief-making little punk, though not incapable of good things for the right reason. Voiced by Nancy Cartwright. 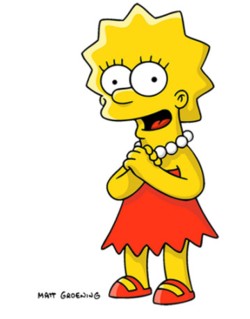 to a psychiatrist?"
Debut: "Good Night"
Debut on The Simpsons: "Simpsons Roasting on an Open Fire"

The smart one and the middle child, Lisa is both a bookworm and something of the "hippie" of the family. Her intelligence, as seasons roll on, can sometimes make her into an annoying know-it-all. Has trouble fitting in with other kids her age. Voiced by Yeardley Smith. 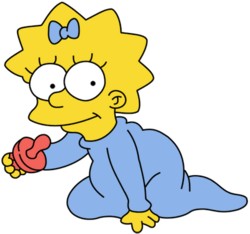 The youngest of the children. Typically a marginal figure, but she does get her share of scenes. Voiced by Elizabeth Taylor, Nancy Cartwright, Yeardley Smith, James Earl Jones and Jodie Foster on different (generally non-canon) occasions. 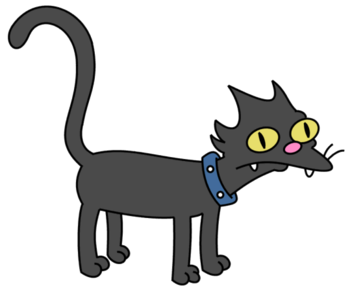 Lisa's pet cat. Snowball II was named after Snowball I. Though Snowball I had white fur, which obviously inspired her name, Snowball II had black fur and greenish/yellow eyes. As a non-speaking character she usually interacts with Santa's Little Helper and Maggie. 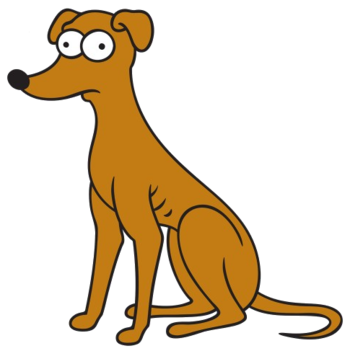 Bart's pet dog, a greyhound that was adopted by the family when Homer lost all his Mall Santa money at the dog tracks and Bart and Homer see Santa's Little Helper being abused by his master. Once ran away and was taken in as Mr. Burns' new guard dog, while another prominent interaction with Mr. Burns was when he ended up purchasing the 25 puppies he had fathered with a champion racing female greyhound, who all turned out to be world champions. As a result, Mr. Burns can remember Santa's Little Helper, but not Homer. Voiced by Dan Castellaneta* most appearances and Frank Welker* focus episodes.