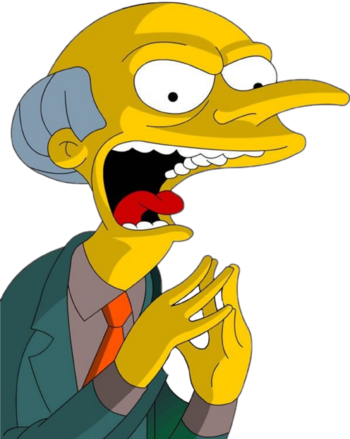 What good is money if it can't inspire terror in your fellow man?

An extremely elderly man (over one hundred years old by the more recent seasons, though in the earliest seasons he was only in his eighties) and the corrupt, malevolent owner of the Springfield Nuclear Power Plant. Always has his eyes on the greatest profit to himself. Voiced by Christopher Collins in the first season and by Harry Shearer for the rest of the series.

The second-in-command and most competent minion of Mr. Burns, Smithers is fanatically devoted to his master (fortunately for Burns, who is so physically feeble and out of touch with the modern age he depends on Smithers to do everything for him), which is eventually revealed to be due to him being in love with him. Voiced by Harry Shearer. 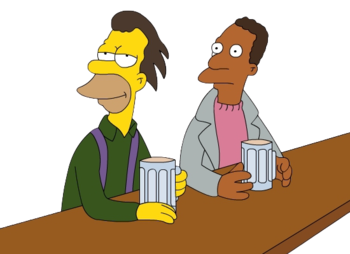 Carl is on the right, Lenny is on the left. Remember that, now.

Charlie
A workmate with Homer, Lenny and Carl. Voiced by Dan Castellaneta.

If you're gonna read my section there's a two drink minimum!

Famously ugly, surly owner of Moe's Tavern, the Local Hangout that Homer, Carl, Lenny and Barney frequent. Has a soft side under his crustiness. Voiced by Hank Azaria.

Owner of the local convenience store, the Kwik-E-Mart, which is open 24/7 and as such, attracts plenty of customers despite its rather lacking standards of quality (like Homer, Bart, and Snake Jailbird, who only comes in to rob the place). Renowned as a workaholic, he is eventually partnered off with an arranged marriage and ends up the father of octuplets. Voiced by Hank Azaria. 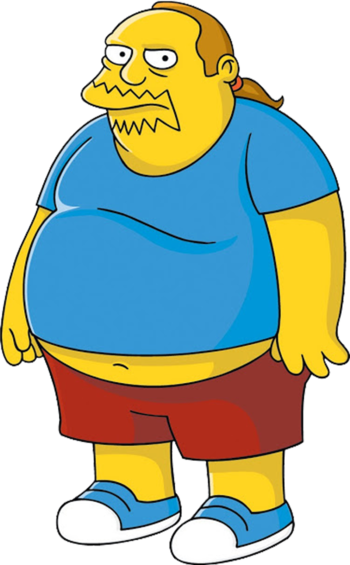 Overweight and extremely nerdy owner & proprietor of the local shop, "The Android's Dungeon", which sells comics and similar paraphenalia. Legendary for his sarcastic, cynical outlook on life. Voiced by Hank Azaria. 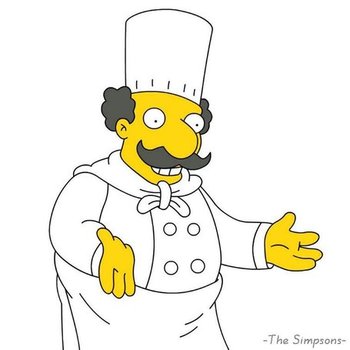 The stereotypically Italian owner of Luigi's, an Italian restaurant in Springfield that serves average Italian food. 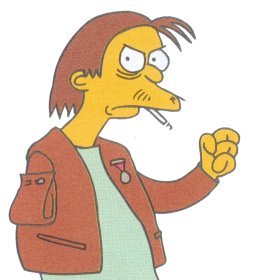