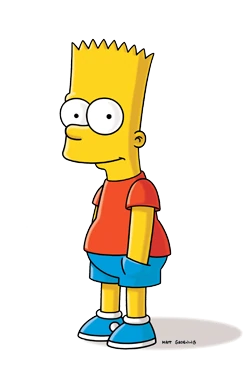 "I didn't do it. Nobody saw me do it. There's no way you can prove anything."
Voiced by: Nancy Cartwright
Debut: "Good Night"
Debut on The Simpsons: "Simpsons Roasting on an Open Fire"

The son and original protagonist of the show in its first couple seasons. Though the oldest child of the family, Bart is a self-professed hellion and mischief-making little punk, though not incapable of good things for the right reason.