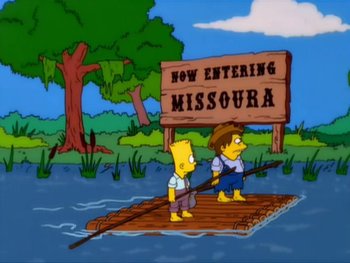 The family rides the rails to travel to Delaware, and while on the train, a hobo tells them some famous tall tales, casting them and other Simpsons characters into the stories.

Wait a minute, this sounds kind of familiar...