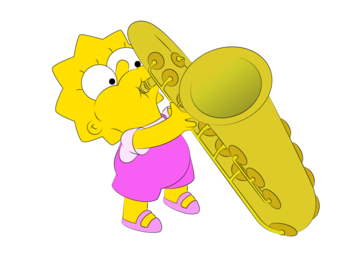 After Lisa's saxophone gets crushed in the street, Homer tells the story of how Lisa first discovered her musical talent — which coincides with the tragic tale of how Bart's first day of kindergarten turned him into the troublemaker he is today.

This is the third of four episodes produced by Al Jean and Mike Reiss instead of the current showrunner (in this case, Bill Oakley and Josh Weinstein). Jean would return as showrunner starting in season 13.