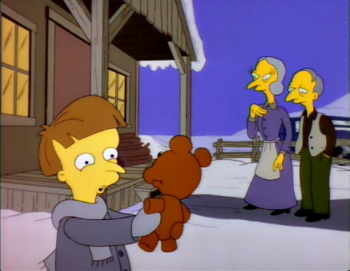 First episode (in production order) featuring David Mirkin as showrunner, taking over from Al Jean and Mike Reiss, who left the series to create The Critic.

It's Mr. Burns's birthday, but, despite getting everything a cold, heartless billionaire could ever want, all Mr. Burns really wants is Bobo, the teddy bear he abandoned the day he was adopted into wealth a la Charles Foster Kane. Little does he know that his long-lost childhood toy is closer than he thinks...