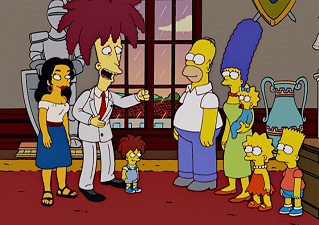 The Simpsons are going to Italy...to help Mr. Burns retrieve his sports car, and end up in an Italian village where Sideshow Bob is now married and has a son.