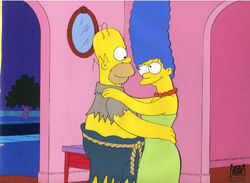 Worried that he may be slow, Homer gets a job as an adult education teacher at the Learning Annex, teaching losers in love how to keep their relationships together, but it goes awry when he shares intimate details of his relationship with Marge to keep his class interested.