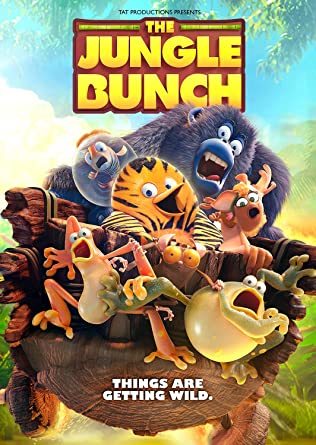 The series follows a group of animals who act as a superhero team to the local jungle. There's Maurice the Tiger (well, penguin who thinks he's a tiger), his fish son Junior, Miguel the gorilla, Gilbert the science-loving Tarsier, Batricia the bat who loves him, and Al and Bob, the two frogs who hang around with them.

Whenever their signal is sounded, The Jungle Bunch leap into action and right whatever wrong they're called to.

The show has been running since 2013. It has three seasons and two movies.

The Jungle Bunch provides examples of: