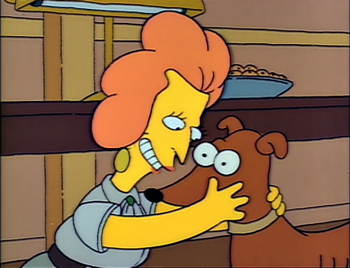 Santa's Little Helper is forced to go to obedience school after ruining Marge's heirloom quilt, Homer's new Assassin sneakers, and Homer's giant macadamia nut cookie, and, if he doesn't pass, he'll be given away.