Characters / The Book of Life

The Land of the Living 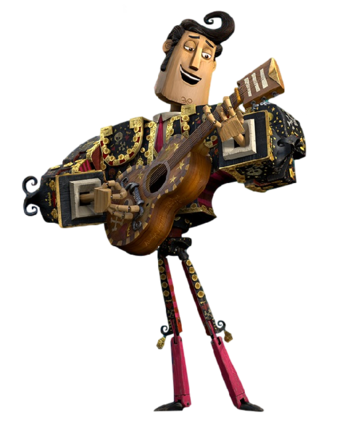 "I will never stop loving you."
Click here to see his skeleton form 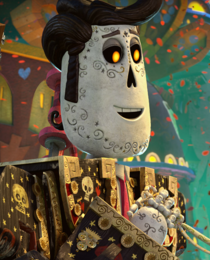 The main protagonist of the film, a bullfighter with dreams of becoming a musician. He must decide between his heart and the expectations of his family, and he ends up embarking on a journey that spans three fantastic worlds. 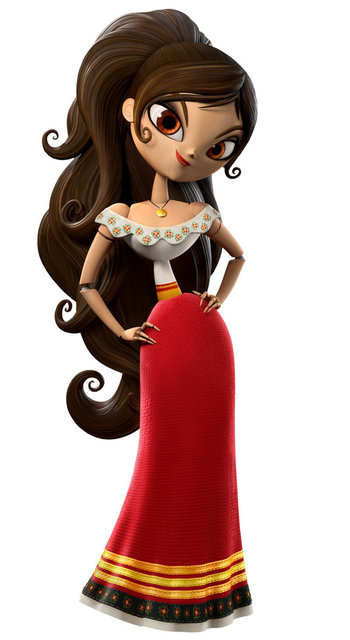 "Did I mention I also studied fencing?"

The woman Manolo and his best friend, Joaquin, both love. Maria has more important matters to attend to, though, like helping to save her village from bandits. 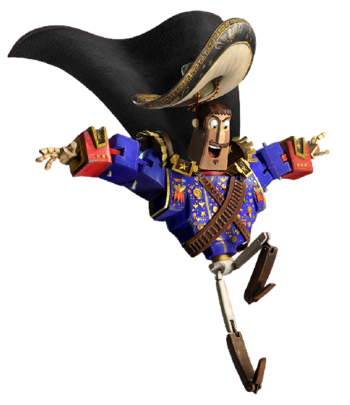 The town hero and Manolo's best friend, Joaquin also has eyes for Maria. He was given the Medal of Everlasting Life, which provides invincibility, to improve his chances. 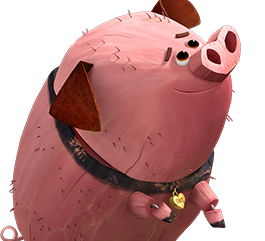 "His name is Chuy."
Voiced by: Carlos Alazraqui

Maria's pet pig, given to her by Manolo. 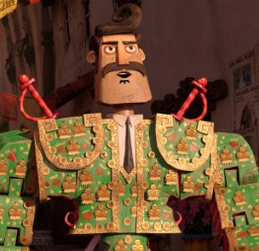 Manolo's father who tries to steer his son away from his desire in music. 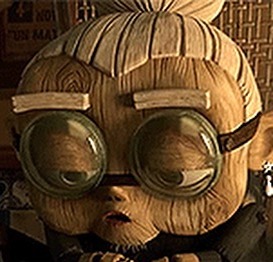 "I was a beast in the ring. A beast!"
Voiced by: Grey DeLisle (English), Ángela Villanueva (Latin American Spanish)

Manolo's paternal great-grandmother, confined to a wheelchair, and was a former bullfighter. 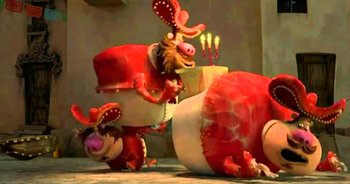 Manolo's friends and his band. They all are brothers and provide some comic relief. 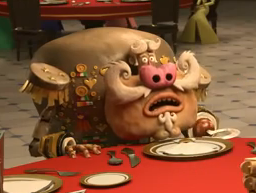 Maria's father and the leader of San Angel.

A merciless, wanted leader of bandits who was the killer of Joaquin's father. He aims to find the Medal of Everlasting Life he got from Xibalba, which had made him invincible until the deity took it back. 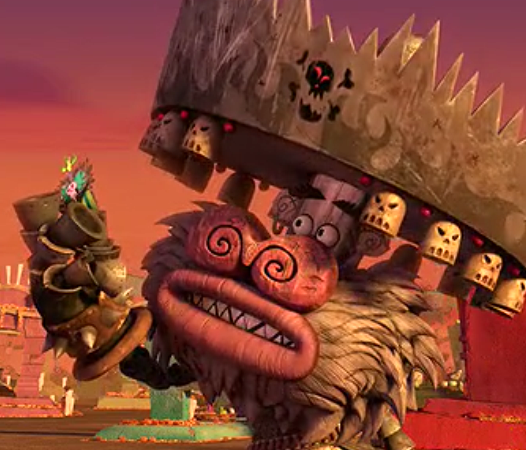 One of Chakal's bandits, as well as The Dragon who goes out with gangs of his men to steal and raid towns for his boss. Chato alerts Chakal of his discovery of the Medal of Everlasting Life after he runs from an undefeatable Joaquin.

A group of modern day kids out for a school museum trip which happens to correspond with the Day of the Dead. They are the framing device as the main story is told to them by their mysterious tour guide Mary-Beth.

Tropes that apply to all

Tropes that apply to the Goth Kid

Tropes that apply to Jane

Tropes that apply to Sanjay

Tropes that apply to Sasha

Tropes that apply to Joao

Land of the Remembered 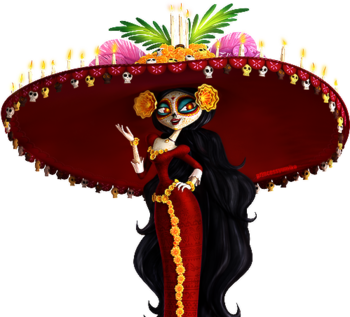 The kind-hearted ruler of the Land of the Remembered and the estranged wife of Xibalba. 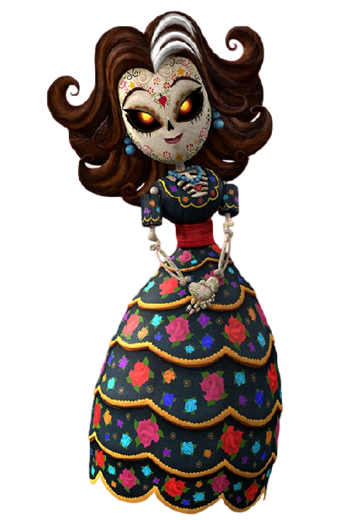 "Don't ever do that again!"
Voiced by: Ana de la Reguera (English and Latin American Spanish)
Manolo's deceased mother, who accompanies him on his journey through the afterlife.
Luis Sanchez 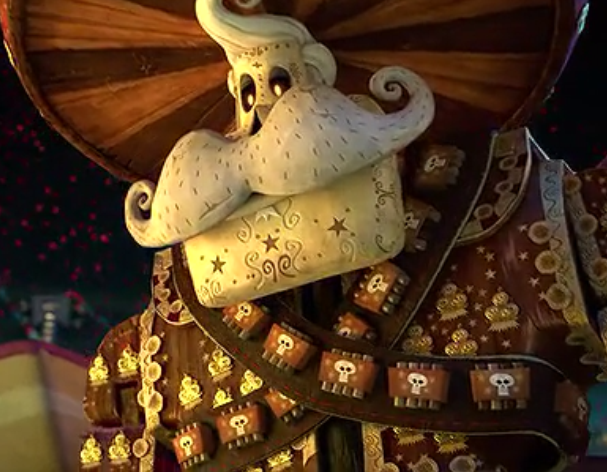 "Fighting just one bull is for cowards!"
Voiced by: Danny Trejo (English), Humberto Vélez (Latin American Spanish)
Manolo's deceased grandfather, who accompanies him as well on his journey through the afterlife.
Jorge Sanchez 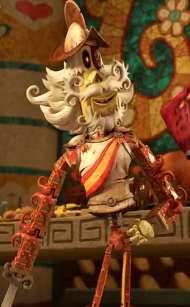 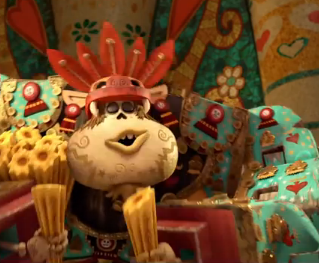 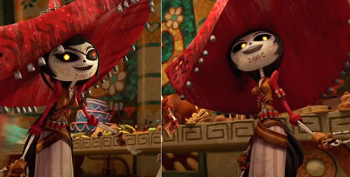 Manolo's deceased identical looking adelita cousins who he encounters along with the rest of his family. 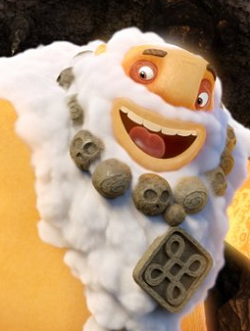 "That was awesome, man!"
Voiced by: Ice Cube (English), Gerardo Reyero (Latin American Spanish)
A spirit who lives in the Cave of Souls and is also the keeper of the Book of Life.

The Land of the Forgotten 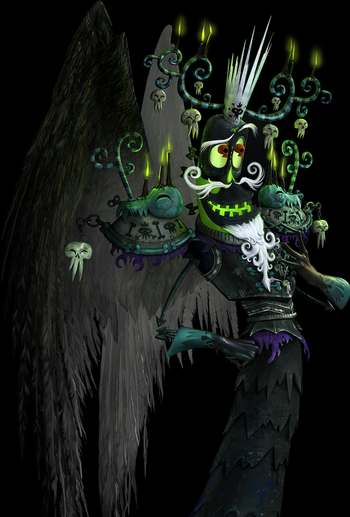 "How about a little wager?"
Voiced by: Ron Perlman (English), Miguel Ángel Ghigliazza (Latin American Spanish), Joji Nakata (Japanese)
The sinister lord of the Land of the Forgotten and La Muerte's estranged husband. He strikes up a bet with La Muerte over who will win Maria's heart, which gets the story's gears turning.
The Forgotten

The sad residents of the Land of the Forgotten, who no longer have anyone alive who knows them.

Land of the Unknown

La Muerte's twin sister who co-rules the Land of the Unknown with her husband, El Chamuco.

Land of the Cursed