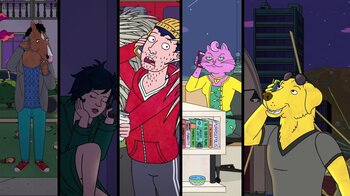 Princess Carolyn (or "PC" for short) 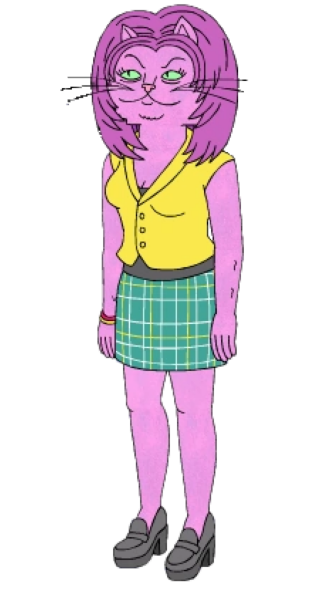 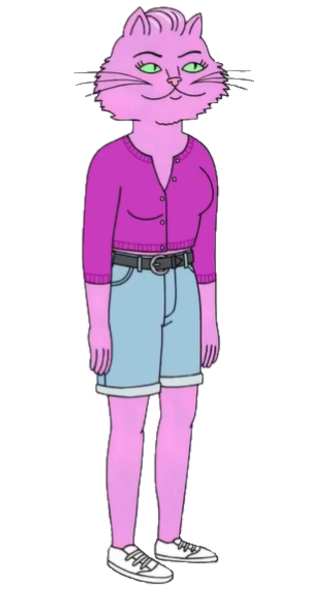 An anthropomorphic pink Persian cat, who is BoJack's successful talent agent and also (formerly) his on-and-off girlfriend. She was one of the top agents working for Vigor, until she founded her own management company VIM. She is an incredibly pragmatic yet good-natured individual who prides herself on being able to separate her personal life from her professional life, for the most part. 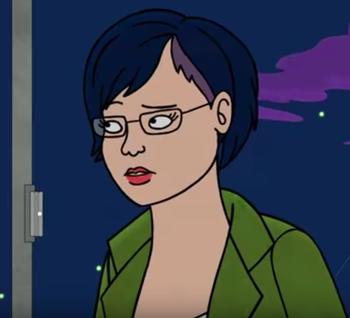 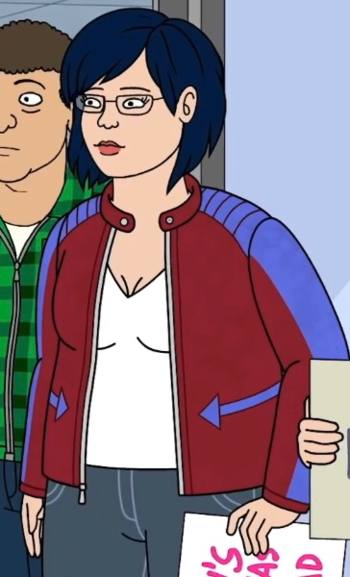 Voiced by: Alison Brie
Debut: "The BoJack Horseman Story: Chapter One"
''"Dear Diane. We are sorry to say that your piece, 'An Open Letter to Open Letters', wasn't right for us, despite its evident merit." Do you know what this means? [...] Someone gave my piece a read and decided against it.

A nerdy socially awkward writer from Boston who is Mr. Peanutbutter's girlfriend, then wife, then ex-wife & BoJack Horseman's good friend. Diane is initially tasked with writing BoJack's memoir, but the two become close throughout, as she spends a lot of time with him and relates to the horse's depression and struggles, as she also suffers similar issues to him.

"The universe is a cruel, uncaring void. The key to being happy isn't a search for meaning. It's to just keep yourself busy with unimportant nonsense and eventually, you'll be dead."
In the 90s

A native of the Labrador Peninsula in Canada, Mister Peanutbutter was raised in the countryside as the runt of the litter with his parents and grandma, free of the world's cold touch. Submerged in a saccharine and comfortable sugar bowl where the motto was "Nothing bad ever happens in the Labrador Peninsula", PB grew with the expectation the world was just as light. During a trip to Hollywood, he wandered off against his wife Katrina's objections and stumbled onto the set of Untitled Horsin' Around Ripoff. With his charisma and natural ability, Mister gained the public's favor, taking the role from Vincent D'Onofrio. Money and second rate fame ensued with the newcomer PB helming what henceforth would be called Mr. Peanutbutter's House.

Growing at the shade of the much more famous BoJack Horseman, PB quickly took to being famous, even if he preferred to be a good sport about it, contrasting BJ himself whom he gradually started idolizing and view as a peer in the industry, admiring his work even if he constantly failed to get most of the scorn thrown his way by the horse.

To hear Mr. Peanutbutter himself list these tropes, see here.

BoJack's slacker roommate. Little does BoJack know, Todd has had run-ins with several gangs including a Mexican drug cartel. Todd may be a freeloader, but BoJack seems to prefer having him around to the point where he would sometimes go to great lengths to keep Todd from moving out. Also likely the only one who does love BoJack.