features an FAQ and fact sheets on each of the species depicted in the story.

Certain old and upcoming spoilers will be unmarked, so read ahead at your own risk. 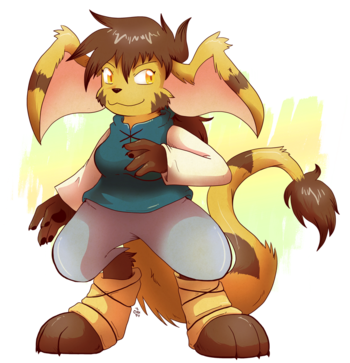 A Jerk with a Heart of Gold Jakkai, with a less than healthy skepticism regarding anything supernatural. The story kicks off after her death.
Buwaro 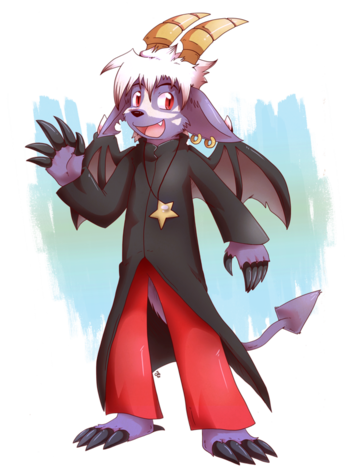 The less than intelligent demon given charge of Rhea during her stay in the Ring of the Slightly Damned. Starts off insufferably cute and naive, but slowly matures as the comic progresses.
Kieri "Snowy" Suizahn 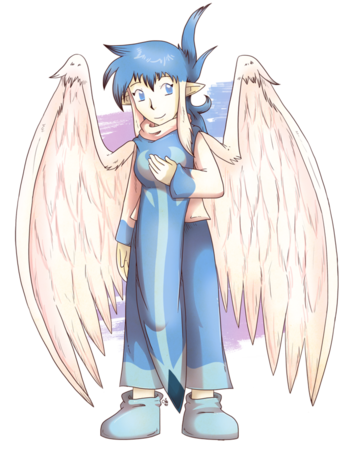 A young angel currently lost in Medius. She's socially awkward, due to her troubled upbringing. Despite this, she's the most competent of the three when it comes to combat.
Crunky
A rare golden wyvern.
Advertisement:

General
Seymour Sinclair
Another denizen of the Ring of the Slightly Damned, he's been trying to swim across the River Styx to Heaven for quite some time.
Heathcliff "Cliff" Sinclair
A fairly laid-back man, who has traveled around and seen more things than pretty much everyone else in the cast who isn't a god put together.
Miranda Sinclair
Cliff's wife, and much nicer than he is.
Advertisement:
Samantha "Sammy" Kailum
The niece of Cliff and Miranda. Very curious and outgoing, but naturally a little naive due to being a child.
Jake "J" Thorndyke
A lazy man who works odd jobs, and who happens to be one of Rhea's old friends.

General
Darius Elexion
One of the most important characters in the backstory of the comic, Darius was an angel who, after ending up in Hell, basically started raising Iratu, Sakido, and Buwaro before vanishing in an effort to protect them.
Kazai Suizahn
Kieri's twin brother, who is less studious and more adventurous than his sister. For a large part of the story, the goal of the protagonists was to locate him.
Denevol
A wind-aligned elderly angel, and a veteran of the Great War. Does not take well to the idea of angels and demons getting along.
Kieri and Kazai's parents
Two water-aligned angels who are the mother and father of Kieri and Kazai.
Zahariah Sanjulo
Kazai's friend & partner. He's been traveling with Kazai off-panel while the protagonists were looking for the latter.
Verammi
A seraph, currently in St. Curtis for unknown reasons. She's also apparently Kazai's and Sanjulo's superior. As it turns out, she's allied with Iratu.
Kinako Tamis
A good-natured angel mother traveling with her son Tirol and two demons whom their revealed to be a family and is surprisingly supportive of Buwaro and Kieri's relationship. She is later captured by demons to used as a sacrifice.
Tirol Tamis
A young angel child who is the son of Kinako and step-son of Lakritz and Shane 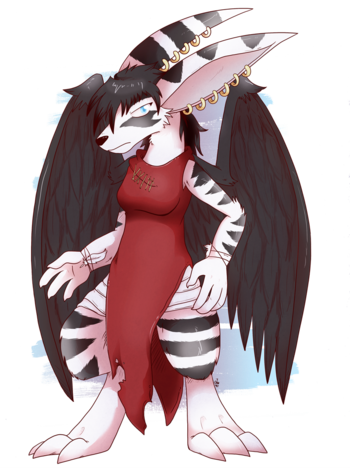 Buwaro's older "sister", she's a wind demon with a penchant for bad poetry. Killed in the process of flying Buwaro and Rhea out of Hell.
Iratu 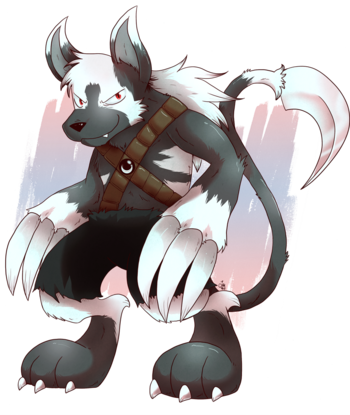 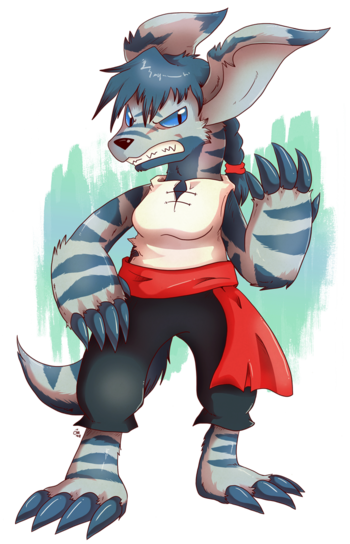 A water demon who, along with her partner Talus, captured and tormented Kieri for a time. Despite that, she is determined to kill Kieri in revenge for her killing Talus.
Talus
An earth demon who had captured Kieri along with Lazuli. He's killed shortly after encountering Rhea and Buwaro.
Buwaro's Parents
A pair of fire demons who died protecting their unborn son Buwaro.
Tsavo 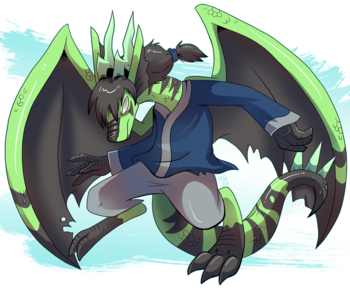 A wind demon who is currently serving as Iratu's subordinate.
Azurai 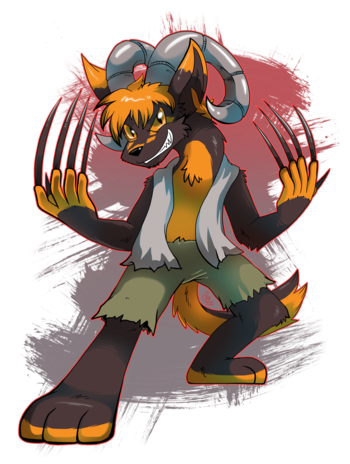 A volatile fire demon. He was first seen in charge of punishing damned mortals in hell, but is currently serving under Iratu alongside Tsavo.
Sahne
A large boar demon, she's met during the flower festival and is friends with the demon Lakritz and the angel Kinako. Though she was one of the demons who was involved with the demon invasion of St. Curtis.
Lakritz
Another, lizard-like demon encountered in St. Curtis, who's acquainted with Sahne and Kinako. He's involved in the demons' attack on the city, but it's currently unknown how.
Haury, Triska and Abyset
A wind, fire and water demon respectively, taking part in the siege of St. Curtis and tasked by Tsavo to acquire the Rainbow Reverie.
Hakka
A female wind demon collecting angels for the Gathering who is in a relationship with a fire demon named Nikkei.
Nikkei
A deaf fire demon who is Hakka's girlfriend.
Dakos
A dragon-like fire demon originally partnered with Talus and Lazuli before he was forced to retreat with Sanjulo and Kazai in pursuit. He finally appeared in the comic proper during the St.Curtis arc.
Cyran
A raven-like wind demon who ends up joining the survivors.

General
Ramirez Bloodeyes
Rhea's best friend, who was there when she died. Hasn't appeared outside of flashbacks.
Moonshade
A Jakkai of unknown origin who seems to be working with the villains. Not much else is known about him. Its been revealed that he seeks to murder the Guardians and steal their powers, as well as to find an artifact he simply calls "The Egg".

Gaia
One of the three great gods, matron of the angels and embodiment of good. Revealed to have been missing for several years.
Syndel
The second of the three great gods, creator of the demons and embodiment of evil. Also missing.
Death
The guide of souls to the afterlife, he's the only one of the three great gods who has appeared so far.
Cerberus
A servant of Death, this fearsome dog guards the gates to Hell. Despite traditionally being three-headed, it apparently is missing the middle head currently. Later revealed the middle head, known as "Blue", is part of Darius's disguise as Death.
Drazil
A servant of Death and counterpart to Cerberus, this large angel-like warrior guards heaven's gates, he has yet to appear in person though.

Thadius
Buwaro's beloved pet rock. Supposedly a girl.
Duster
A somewhat lecherous fairy who happens to be Cliff's best friend and traveling companion.
Blue
The enchanted skull of the middle head of Cerberus who assists Darius in his disguise.