Tropes relating to the cast of Sleepless Domain. Unmarked spoilers ahead. 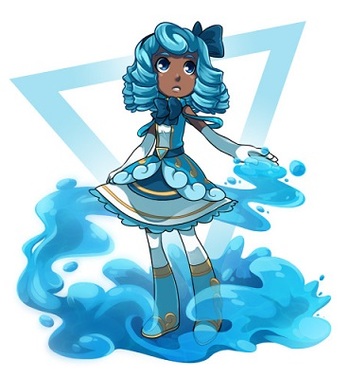 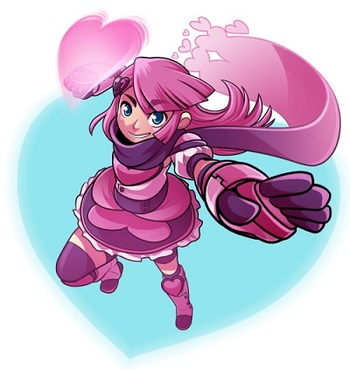 "You ready to smash some faces?"

Real name Kokoro Aichi. A popular student at Future's Promise Academy for Magical Girls who much prefers to go by her Magical Girl Nom de Guerre "Heartful Punch" (HP to her friends) than her real name because she finds "Kokoro" embarrassing. Her mark is a stylized star inside a heart on the back of her hand. Her powers enhance her punches with energy blasts and allow her to sense monsters from a distance. 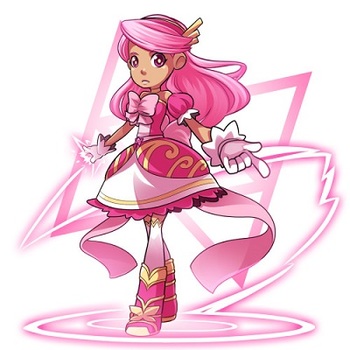 "Maybe if I wasn't the strongest one and also the LEA. DER."

AKA Alchemical Aether. The former leader of Team Alchemical and the strongest member. She gave up her magic to save Undine, leaving her powerless. She has since been transferred to a Muggle school. Her mark is two interlocking triangles that form a combination of her teammates' marks, and in the same location. After she loses her powers, the mark becomes a scar. Her powers allowed her to fire powerful bolts of energy, though this usually requires charge time.

In General
A five-man magical girl team themed after the classical elements, whose marks are their alchemical symbols on their chests. All have the power to summon and control the alchemical element they are named after, and can combine their magic for a more diverse set of effects, such as lava and plant life.
Gwen Morita 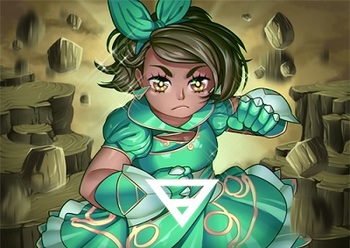 AKA Alchemical Earth. The strongest physical fighter on the team, she doesn't talk much. 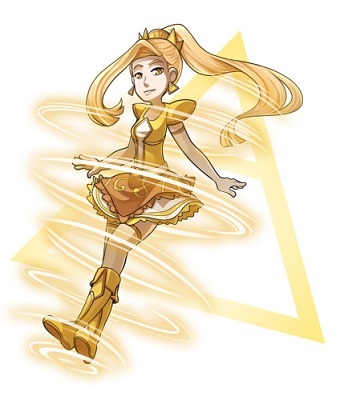 As Alchemical Air
"You can't forget the fans. It's been a while since they got new footage."

AKA Alchemical Air. The eldest and most mature member. 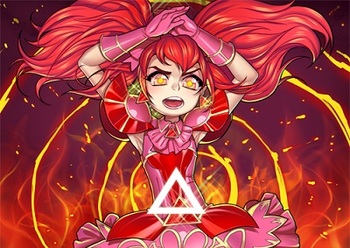 As Alchemical Fire
"Now THAT'S what I'm talking about!"

AKA Alchemical Fire. The youngest and most excitable member. She argues often with the team's leader, Tessa.

A training group consisting of Heartful Punch and a few others. Its members include Vedika, Cassidy of Team Flash, Harley, and Bud. 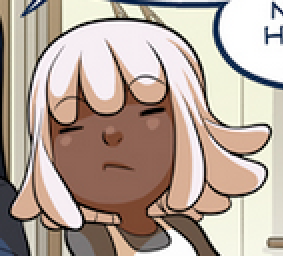 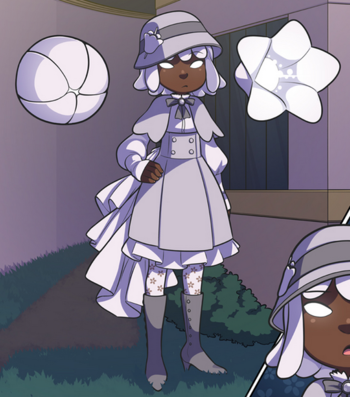 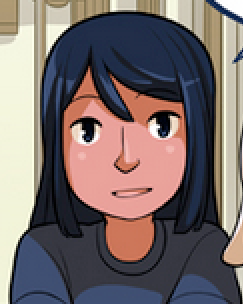 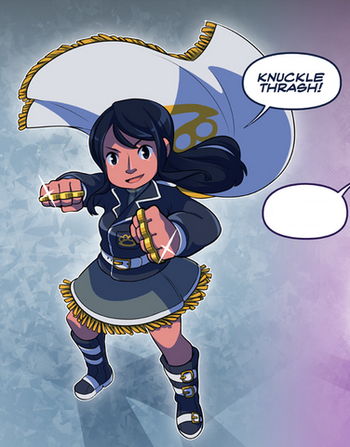 One half of a non-thematic duo team with Bud. Her mark is a knuckle duster on her left shoulder, and she appears to have intangibility powers.
Vedika/Mindful Eye 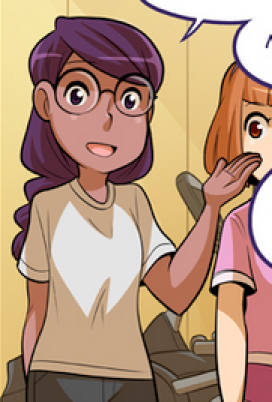 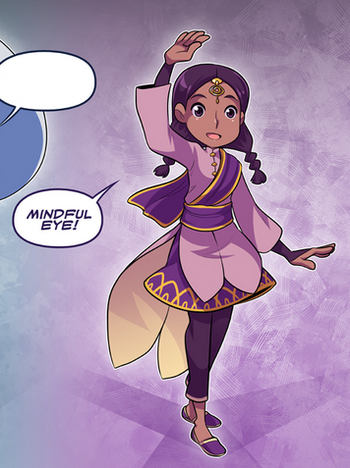 A telepathic magical girl who's a bit insecure about said powers, and a member of Heartful Punch's training club. Her mark is an eye symbol on her forehead.
Cassidy/Flash Cut 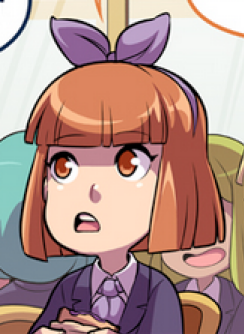 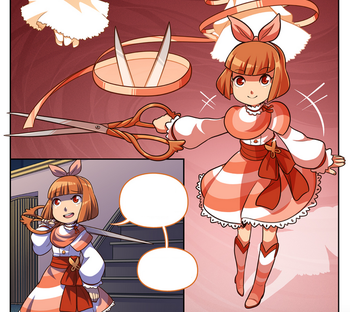 A magical girl who's a member of Team Flash and Heartful Punch's training club. Has the power to split herself into two, returning to her normal self if one clone is destroyed. Her mark is a pair of scissors on her back. 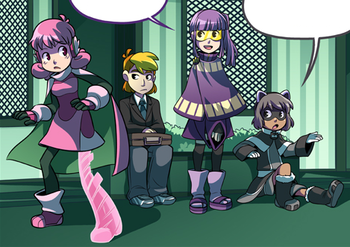 The manager of Team Blitz, whose charges have given him a magical girl name of his own. 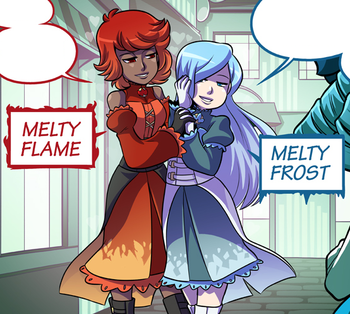 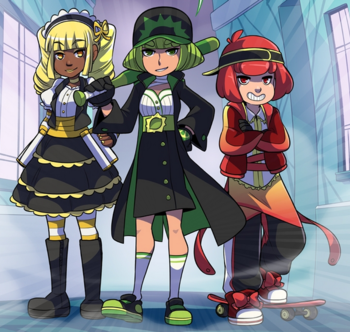 A punk magical girl who can summon lime-flavored (it's magic) energy balls. Her mark is a lime within a green starburst on her cheek. This symbol, along with it's appearance alongside other lime decorations on her costume suggest she's the origin of the team's naming theme.

A fashionable and snobby magical girl who fights with magical lace, her symbol appears to be a yellow string or ribbon tied into a bow. Narrowly escaped being Outrageous Banana.

A skater magical girl who enjoys teasing her teammates. 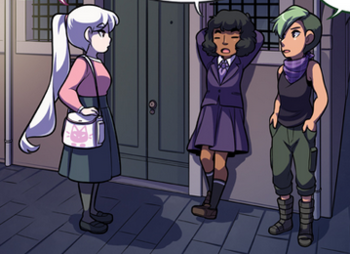 Left to right: Unknown, Unknown, Lettie; [sans Cassidy]
A magical girl team. Cassidy of the Magical Girl Power Training Club is currently the only named member, but three others are shown in this page

: a girl with white hair in a long ponytail and a cat handbag (whose speech bubbles are purple), a dark-skinned girl with short black hair, and Lettie, a girl with a green mohawk (and dark green speech bubbles) wearing a purple neckerchief. 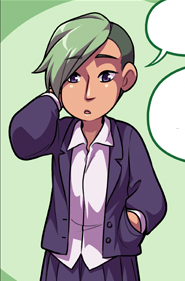 The "kinda" leader of Team Flash.
Team Spear (past) 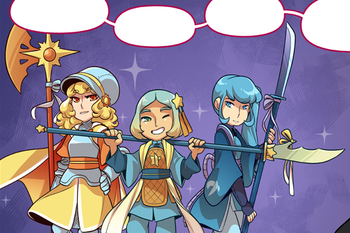 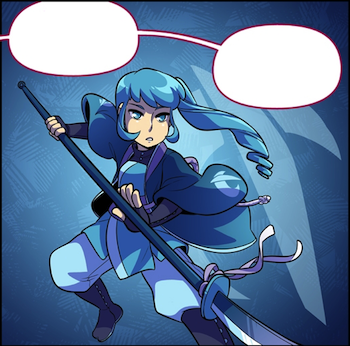 Heartful Punch's mother, a naginata-wielding magical girl who got pregnant before she aged out of her powers completely, and decided to keep the baby and retire from magical girlhood early. Her mark was a naginata blade in front of a crescent moon.

A family friend of Heartful Punch and a former guandao-wielding magical girl. Her mark was a simple five-pointed star. 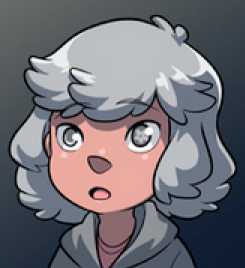 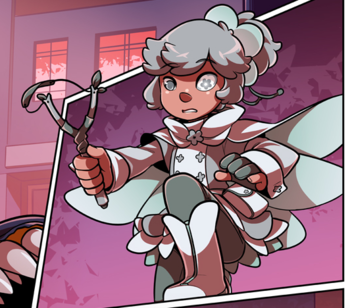 Another magical girl who attends the same school as Team Alchemical and younger sister of a retired magical girl known as Silver Strike. Despite having magical powers, Zoe chooses not to go on nightly patrols, being too afraid of the fighting but remains at Future's Promise to receive a better education. Her mark is a flower design in her left eye, and her power allows her to fire slingshot projectiles that grow into metallic plants.
Rue Bahia 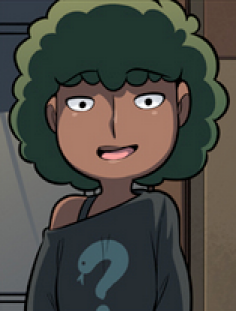 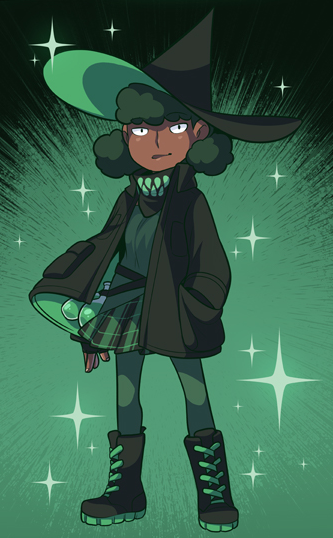 A magical girl who refuses to register with the government, instead of attending normal school while still going out and fighting monsters at night. A classmate of Tessa after she is depowered. Her mark is a witch hat and explosion symbol on her back. Her power allows her to create potions with a variety of effects, such as exploding and healing Rue.
Mark 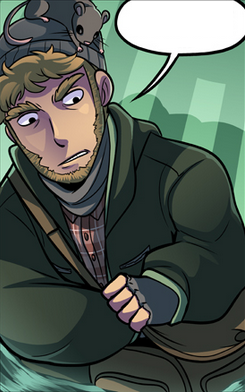 Mark and Nicodemus (on his head).
A mysterious and apparently homeless stranger Undine encounters out at night. Mark carries a notebook and is strongly implied to be the journalist recording his observations on the inner barriers in interstitial 3.
Arthur Clark
"...I know you must be going through a lot...but the fact that you're still going really is impressive." 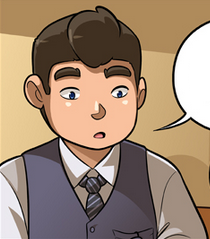 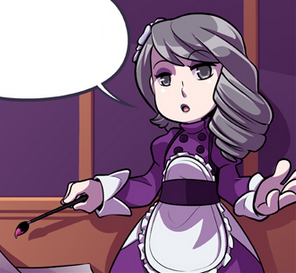 The Mysterious Overseer
A mysterious, prescient magical girl who first appears in interstitial 1. She is seen in interstitials and acts somewhere between a Meta Guy and a Fourth-Wall Observer. She eventually appears in the comic proper to ask Tessa about the Purple Girl.
"The Purple One" (AKA Goops McGee) 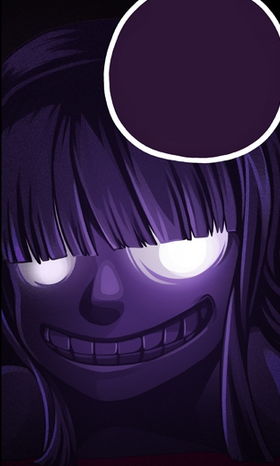 Her
First introduced in a flashback in Chapter 3, this as-of-yet unnamed girl appears as a shadow and can apparently travel hidden in the darkness. She seems to have some power over monsters. She seems to be responsible for the tragedy of Chapter 2 and holds a personal grudge against Undine for unknown reasons. Anemone calls her the first entity whose presence she can't explain.
"The Golden One"

A Mysterious Creature
The second entity whose presence Anemone can't explain, the Golden One is a mysterious creature appearing in the form of various glowing golden animals. It seems to be aiding and guiding Undine, and it opposes the Purple One.
The Girl in White 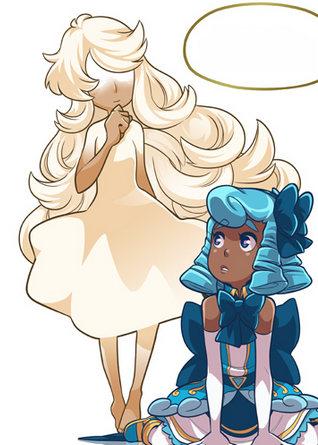 The Mysterious Girl who appears in a Dream
First seen in the painting that Anemone is addressing in Interstitial Six, the Girl in White appears to Undine in a dream and is implied by both to be the one granting "the dream" to magical girls. A statue of her stands in the Magical Girl Graveyard.